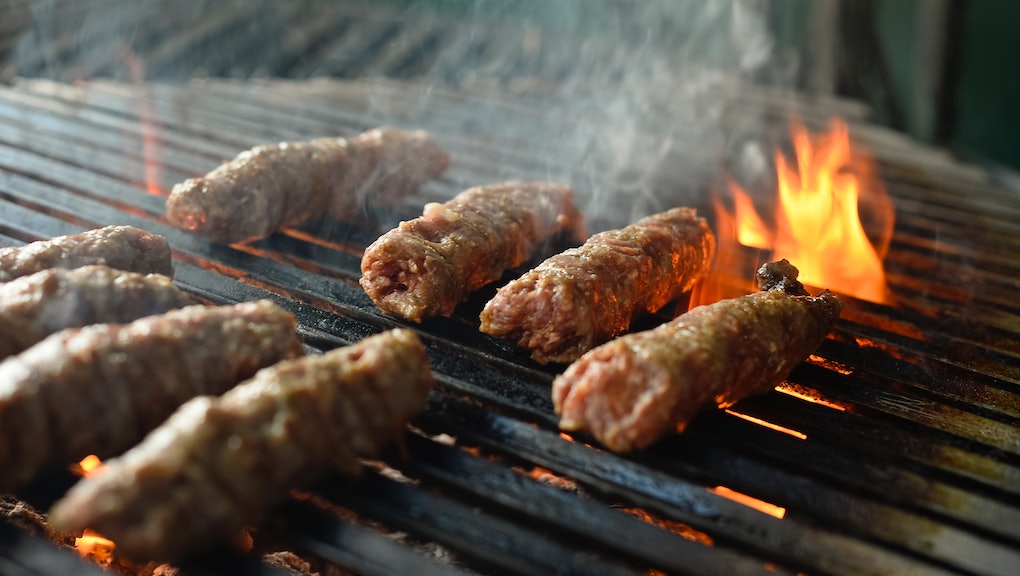 Chemists Have Discovered Marinating Meat With Beer Can Curb Cancer

Scientists have made a delicious discovery: marinating meat with beer before grilling can prevent the formation of cancer-causing compounds on the grill.

A team of European scientists in Portugal have published the results of their study in the American Chemical Society's Journal of Agricultural and Food Chemistry, concluding that beer marinades are an excellent method of reducing the formation of cancer-causing polycyclic aromatic hydrocarbons (PAH) on meat while grilling. Health experts generally recommend avoiding exposure to PAHs, which form when fat drips on hot embers, because the compounds cause cancer in animals.

In what's probably their most-fun study to date, the researchers served up four batches of meat. One control group consisted of unmarinated pork steaks while three others were pork loins that had marinated for four hours in different kinds of beer — pilsner, non-alcoholic beer and a black beer. The result:

Black beer significantly outperformed pilsner and near-beer, reducing the overall number of PAHs by 53% (and probably tasting the best, too). Non-alcoholic beer reduced PAHs by 25% and pilsner just 13%. Basically, black beer is just awesome, and you should soak your meat in it.

All's not really so swell in the meat world, though. A recent study found that meat-eaters had a serious risk of cancer, with high-protein diets causing a 400% increase in cancer risk and a 75% increase in death from all other causes. It's not something to immediately panic over; that study had poor methodology and relied upon participants saying what they'd eaten in the last day. But the evidence generally suggests that eating meat isn't particularly great for you. In general, you should limit your meat consumption, whether or not it's marinated in delicious beer.