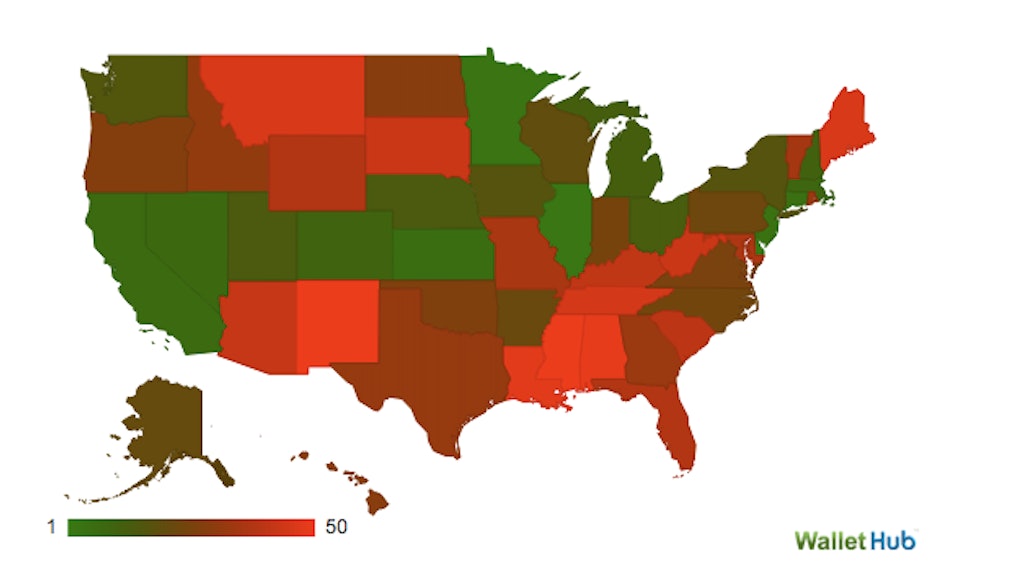 If you've been listening to some of the theories circulating national politics these days, you know America has a problem. The country is increasingly composed of "makers and takers": those who pay taxes, and mooches who live off the federal government without generating any income of their own. The makers are Republicans, and the takers are Democrats — so the thinking goes.

Why, just look at this interactive from WalletHub on who pays into the federal government and who gets something out of it:

Ah. Whoops. If you examine the data, it actually turns out that states which lean GOP dip their hands deepest into the federal government's pocket, not the other way around. Mississippi and New Mexico, for example, take in about $3 for every dollar in federal taxes.

This should make sense to anyone who understands how federal funding is dispersed. Tax revenue primarily comes from highly developed urban regions like the Northeast, California and the big Great Lakes cities like Chicago. That wealth flows to rural areas — which happen to be predominantly GOP — and the South, which is generally much poorer than the rest of the country. This is actually a system working more or less as intended, representing the federal government trying to adequately invest in infrastructure and services in areas which are falling behind the rest of the country. The feds are more or less doing their best to compensate for red states' consistent failure to economically perform without outside assistance. If this money dried up, as many Republican politicians claim they would like it to, those states would start seeing some serious budgetary problems.

But as the Huffington Post's Ben Hallman notes, some Southern states do seem to be trying to become "less taker-y" thanks to Tea Party pressure — like Alabama, Mississippi, Louisiana, Maine, Montana, South Dakota and Tennessee, all of which rejected the expansion of Medicaid even though the funding would have come from the federal budget. Rejecting federal subsidies harms the residents of those states, because their government's refusal to play ball has direct costs (the loss of federal funds) and indirect costs (contributing to the cost of expansion in other states). And by and large, the impact of the cuts fall largely on the poor. Maybe we need to rethink who the makers and takers really are.