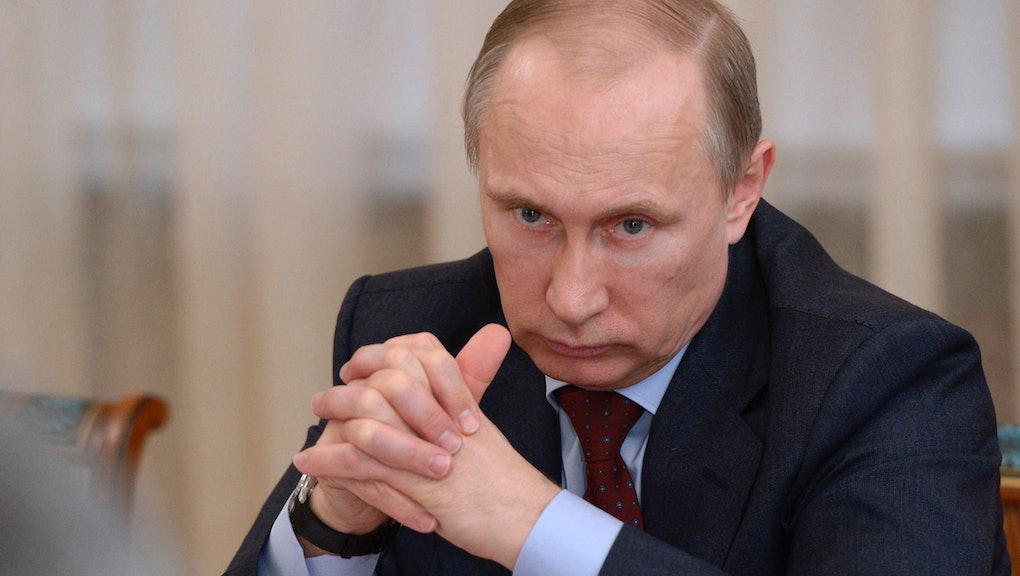 Now Some Experts Believe Putin May Be Eyeing Scandinavia

The news: Now that Ukraine has officially ceded Crimea to Russia, the world is waiting to see what Vladimir Putin will do next. While many believe Russia's been eyeing the rest of Ukraine, others think somewhere else is on Putin's mind: Finland.

As far-fetched as it may seem, Putin's former economic adviser believes Finland may be in Russia's sights next. Andrei Illarionov, who is now a fellow at the Cato Institute, maintains that while an invasion of Finland might not happen this week or the next, it's definitely on Putin's radar.

"Western leaders have neither understood Putin's worldview, logic or his intentions and therefore does not see what problems they face," Illarionov said. "West's leaders seem, from what they say, entirely to have forgotten that there are some leaders in the world who want to conquer other countries."

"Putin's view is that he protects what belongs to him and his historical predecessors," he added. "Significant parts of Georgia, Ukraine, Belarus, the Baltic States and Finland are states where Putin claims to have ownership."

How worried is Finland? While the smaller Baltic states — Estonia, Latvia and Lithuania — have cause for concern, they're all NATO members. If Russia were to invade any of them, it would effectively be declaring war on the rest of the 28-state organization. But Finland does not have this buffer, and Russia's saber-rattling is already having an effect; both Finland and Sweden are rumored to consider joining the transatlantic alliance soon.

The Finnish Air Forces have also increased surveillance in case of Russian incursion into its airspace. "The Baltic Sea is part of our sphere of interest and there has been interesting traffic over it," Col. Ossi Sivén, a Finnish air force unit commander, said on Wednesday. "Nothing very surprising has happened near our borders, but as more military jets are being deployed, then one should be prepared for the fact that they can be used in a variety of ways."

Russia already has significant military presence on the Ukrainian border. If it does win over the rest of Ukraine and maintains its strong alliance with Belarus, it may very well turn towards its neighbors to the northwest:

Why is Russia interested in expanding into territories? NATO Secretary-General Anders Fogh Rasmussen has a credible theory: historical reclamation. Finland and the Baltic states were once part of the Russian Empire, and Putin's western push indicates a desire to return to the 1900s. "It is a Russian attempt to redraw the map and I would call it a kind of Russian revisionism which is unacceptable. It's not an acceptable behavior in the 21st century."

Finland became Russian territory after Sweden ceded it in 1809. Named the Grand Duchy of Finland, it remained an autonomous region of Russian Empire until its fall in 1917. The Soviets recognized Finnish independence soon after, but Putin may be less inclined to agree with that decision.

If you need a historical refresher, here is a map illustrating Russia's territories a century ago: