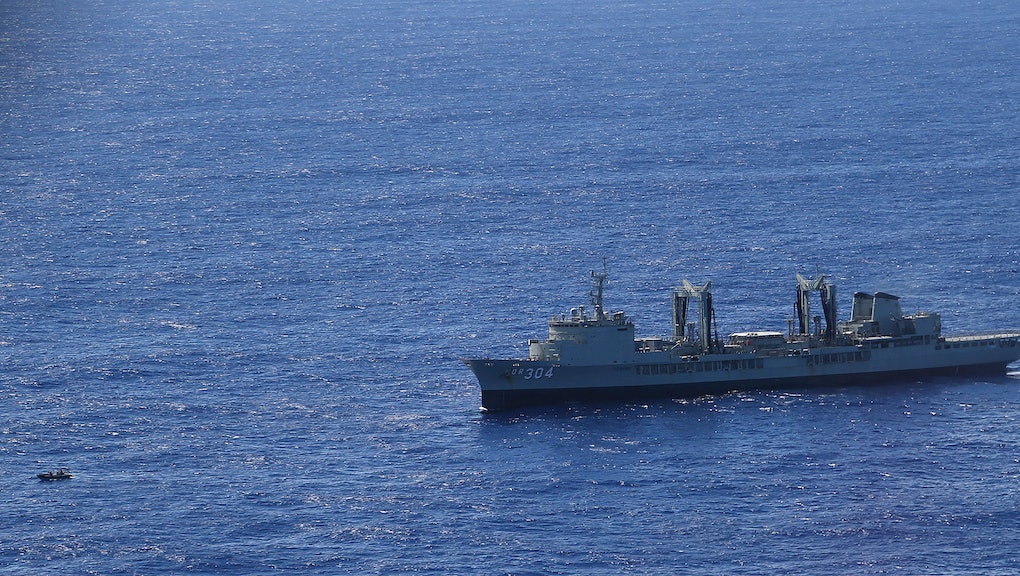 25 Days Later, And This Is What We Know About Flight MH370

We have officially entered Day 25 of the search for the missing Malaysia Airlines plane MH370, and only one thing is crystal clear: the airline and the Malaysian government are completely butchering this investigation.

After Chinese authorities sighted floating objects in the Indian Ocean, they sent a ship on Monday to retrieve and analyze them. The debris turned out to be nothing more than fishing equipment — yet another dead end in this increasingly frustrating investigation. A similar sighting by the Australian government also led to no new leads.

Though the search continues, it has been hopelessly complicated by the Malaysian government's unwillingness to share all the information it knows, cryptically saying there was sealed evidence on MH370 that cannot be made public.

Around 20 countries have been involved in combing through a search area that is now the size of Poland — but it's hard for these search parties to know where to look if they don't have all the information at hand.

"The contradictory and piecemeal information Malaysia Airlines and its government have provided has made search efforts difficult and the entire incident even more mysterious," slammed a China Daily editorial. "What else is known that has not been shared with the world?"

Then on Saturday, a Malaysian official only deepened the mystery when he met with relatives of the 239 people lost on MH370 and told them that there was a remote possibility survivors of the accident remained.

"Even hoping against hope, no matter how remote, of course, we are praying and we will continue our search for the possible survivors," said Malaysia's acting transportation minister, Hishammuddin Hussein.

"More than that, I told the families I cannot give them false hope. The best we can do is pray and that we must be sensitive to them that, as long as there is even a remote chance of a survivor, we will pray and do whatever it takes."

That's a direct contradiction to an official statement released last week, accompanied by text messages sent to relatives and loved ones of the plane's passengers and crew that said: "All lives are lost."

Due to the Malaysian government's contradictory stances and refusal to be transparent and forthcoming, we have lost precious time in the search. The debris may have traveled far and wide in the last few weeks, increasing the search area and stretching the resources thin:

An Australian warship is now heading out to the search area with a black box detector, which can hopefully pick up the airplane's automatic "pings." But there are only a few days left until the black box's battery runs out — making the search more pressing than ever.

Australian Prime Minister Tony Abbott said on Monday that "the intensity of our search and the magnitude of our search is increasing, not decreasing," adding that "we can keep searching for quite some time to come."

Flight 370 disappeared on the 8 March while bound from Kuala Lumpur to Beijing. Here is the last record of the plane's erratic behavior, as charted by the New York Times:

Since its disappearance, the search zone for Malaysia flight 370 has been bigger than the continental United States.