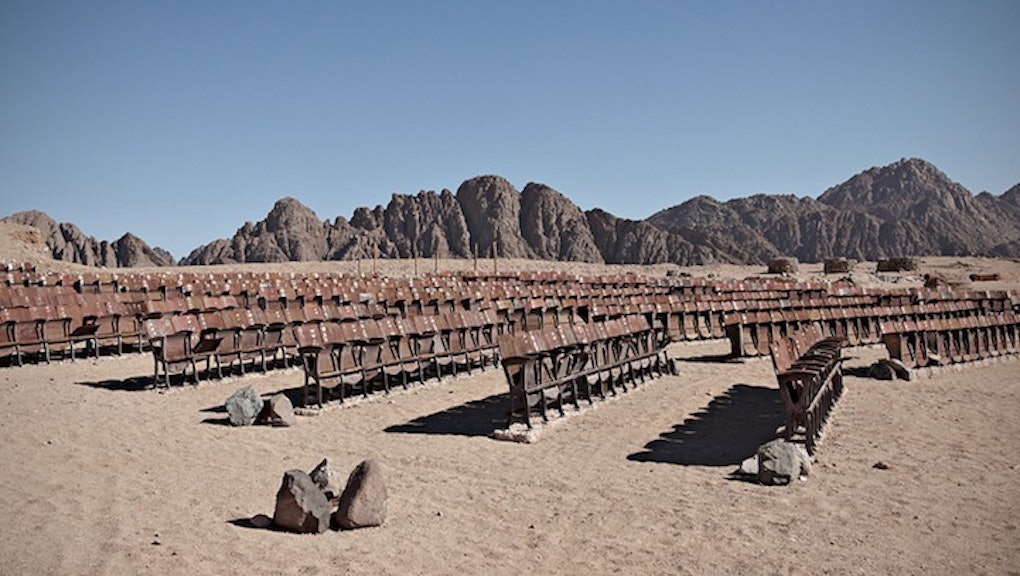 There's a Secret Cinema in the Middle of the Sinai Desert

No, it's neither mirage nor Photoshop: There really is a large movie theater in the desert.

The rumor is that a rich, cannabis-loving Frenchman had the cinema built at the turn of the millenium.

The following is believed to be the original advertisement for the theater:

While the details behind the theater remain elusive, all accounts agree on one thing: No film was ever shown in there. On the eve of the showing, the generator was supposedly sabotaged due to "tensions" with local residents. The screening never took place, and the mysterious Frenchman packed up and left afterwards.

The amazing story of the desert theater was made popular after an award-winning Estonian photographer, Kaupo Kikkas, captured images of it. It is said to be located outside of Sharm el-Sheikh, on the southern tip of the Sinai Peninsula.

Still standing in all its eerie, imaginative glory, this abandoned outdoor cinema awaits its real debut.