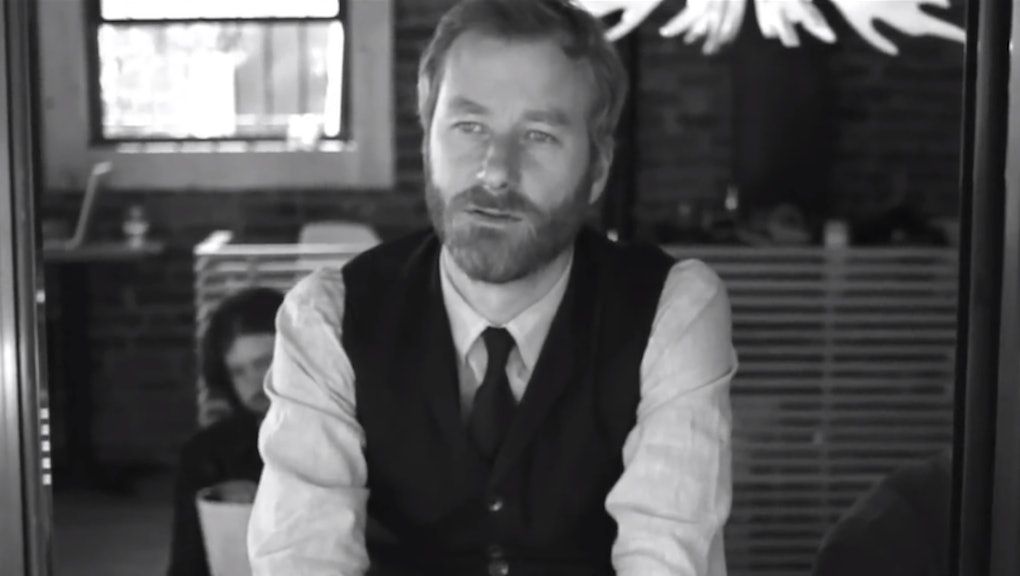 A music career is almost an oxymoron.

Music is something that takes enormous work and tremendous dedication, but stable income is harder to find than a perfect sound. Employment is completely at the whim of public opinion, and the pay remains far below minimum wage until everything falls perfectly in line, at which point you become phenomenally rich.

But just because that has scared the aspiring musicians among us into steadier jobsdoesn't mean we'll work in offices forever. Some of the greatest names in music history had completely different careers before they made the leap.

Here are the most inspiring tales:

1. The National were designers.

The members of The National had pretty comfortable jobs before they decided to focus entirely on music. The band met at the University of Cincinnati's College of Design, Architecture, Art and Planning graphic design program and went on to have successful jobs in graphic design and web development during the dot-com bubble.

They kept their jobs for four years while building The National, only quitting when they got signed to Beggars Banquet Records and released their 2005 album Alligator. When they were earning a stable income, they let go of their jobs with confidence. And once they started focusing completely on the music, they broke all the limits with their 2007 release Boxer.

2. Action Bronson was a chef.

The colorful food references that flavor Action Bronson's gritty East Coast hip-hop come from a place of real, hard-earned knowledge and experience. The man made the entire circuit of New York cooking, working at "various steakhouses, vegetarian restaurants [and] a lot of Middle Eastern stuff" before he became a rapper.

He even worked for the Mets baseball organization, cooking for their executives until the Mets GM fired him personally for throwing another asshole cook over a desk.

When Bronson broke his ankle after slipping in the kitchen, though, he cut a 15-track mixtape on his time off. The tape got a tremendous response and he left the kitchen behind.

But you can still catch him serving up impeccable dishes in his videos.

3. Merrill Garbus from tUnE-yArDs was a puppeteer.

Before Merrill Garbus exploded on the indie scene as the musical act tUnE-yArDs, she struggled to keep a difficult and slowly dissolving career as a puppeteer afloat. She started with an internship at the Sandglass Theater in Vermont and became fascinated with the art. But when that ended, she didn't know what to do. She moved home with her parents and worked odd jobs as a nanny and office assistant. That's when she started making music in earnest.

She released her first full-length album on a reused cassette, and she'd recorded it with a handheld recorder. But the record got her signed, and ever since she's been a big star in the indie world.

She never really stopped puppeteering either. The playful, childlike performance techniques that she started developing in the puppet theater (the colors, the facepaint, the fuzzy shoulder pads) have carried over into her musical performances.

4. Jack White was an upholsterer.

Jack White still has a stable non-music career running the amazing Nashville record store and label Third Man Records. But he wouldn't have it without his first job. Back in the day, he ran a very different business using the same name: Third Man Upholstery.

Yes, the bluesman was once in furniture. He was reportedly criticized for being extremely unprofessional, often writing out receipts in crayon and scrawling song lyrics on the wooden frames inside the chairs he’d restore. When he booked his first professional gig as a drummer for the Detroit band Goober & The Peas, he closed up shop.

White's passion for furniture didn't die with his business, however; he has apparently reopened his upholstery shop to do custom jobs here and there for friends. Weirdly, it seems he's still really passionate about upholstery.

Tom Waits' music feels storied, as if the man has traveled the country back and forth more times than his callused fingers can count. He gathered these experiences working a series of odd jobs, starting at Napoleone Pizza House in National City, Calif. That one stuck with him: It was the inane job that set his imagination free so he could write "The Ghosts of Saturday Night (After Hours at Napoleone's Pizza House)" and a whole bunch of other deeply longing songs.

He also worked as a doorman and completed a full tour with the United States Coast Guard before he signed his first record deal in 1972 at 23. He'd mine those experiences for his songs for years.

In 1986 Dave Matthews, the bro-iest of bros, was working for IBM. He'd taken a job there in order to avoid mandatory military service in his home country of South Africa.

But when his mother moved to Virginia, Matthews followed. He worked in Charlottesville, Va. as a bartender in his 20s. That's when he started playing music in earnest. He began acting too, in the Charlottesville Offstage Theatre.

In 1993 a talent scout from RCA saw the group live. That led to a deal, and that deal led to the soundtrack for every frat party ever.

7. Wayne Coyne from the Flaming Lips was a fry cook.

Before Wayne Coyne immortalized himself as a psychedelic mastermind with his work in The Flaming Lips, he worked as a fry cook at a Long John Silver's in Oklahoma City for 13 years. That means some kids in Oklahoma City literally went through middle school, high school and college knowing the same guy was still working at the Long John Silver's and not knowing that he'd become a famous musician.

He suffered grease burns and got robbed at gunpoint, but he apparently loved every minute. He quit Long John Silver's in 1990 after the band attracted the attention of Warner Bros. Records during a performance in which the band's pyrotechnics almost burned down the theater. You can see said pyrotechnics in the clip above.

8. Kevin Parker from Tame Impala was a law clerk.

Tame Impala is the psychedelic rock project of multi-instrumentalist Kevin Parker. He wrote some of his first songs while bored at work as a law clerk in Perth, Australia. He was responsible for delivering court documents all over the city, and used to spend his travel time singing and writing songs in his head.

Over time, as the work got duller and inspiration started picking up, Parker started slacking harder on his responsibilities. His superiors warned Parker that he would get fired if he didn't shape up, and he quit on the spot. Then he became a famous musician.

9. Kurt Ballou from Converge was a biomedical engineer.

Before Kurt Ballou became one of the most influential guitarists on the metalcore scene, he worked as a biomedical engineer at Boston Scientific, working on endovascular stent grafts and vena cava filters while moonlighting as a recording technician.

During the six years he worked at Boston Scientific, he never imagined he’d end up doing music full-time. But when the project he was involved with was suddenly cancelled, Ballou saw an opportunity. Instead of opting to take on a different position in the company, he took the generous severance package he was offered and used that money to go on tour with Converge and build Godcity Studios. Eleven years later, his band and his studio have become two of the most respected institutions on the metalcore scene.

10. Serj Tankian from System of a Down was an entrepreneur.

After graduating college, Serj Tankian bounced from job to job through manufacturing, retail and accounting, before started his own small business making "propriety vertical industry modular accounting software" for the jewelry industry in California.

Being self-employed, he found himself with a lot of time on his hands, and he started learning the piano and practicing his vocal skills. He put together System of a Down out of the ashes of another band he had been messing around with. And when the group took off, Tankian scrapped the 401(k) plans to write songs about pogo sticks and Chinese food.

11. Gene Simmons from KISS worked at 'Glamour' and 'Vogue.'

Gene Simmons used to be an "excellent typist" back when typists where still a thing. He worked his way up from job to job, working as an assistant at Glamour magazine and later as assistant to Kate Lloyd, the editor-in-chief of Vogue.

During this time he was constantly shopping the demos of his band Wicked Lester. When he finally got the ear of one of the A&Rs at Epic Records, he quit Vogue to focus on recording. However, Epic hated the record his band made and refused to release it. Epic dropped Wicked Lester and the band broke up. Simmons didn't give up, though, and his second attempt at a label deal with the band KISS was slightly more successful.