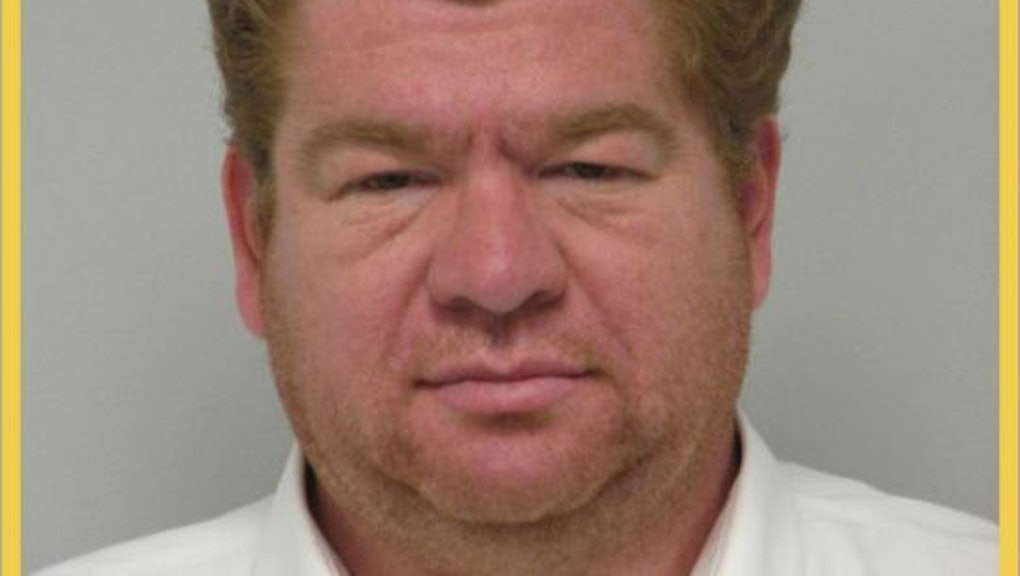 This Man Raped His 3-Year Old Daughter. Here's How He Dodged 15 Years in Prison.

A fabulously rich Delaware du Pont family heir was convicted of the fourth-degree rape of his 3-year-old daughter in 2009 — but he never spent a day in jail.

Instead, he was given eight years probation and ordered to seek mental health treatment — an incredibly light sentence for a convicted child molster — all because the sentencing judge determined that Robert H. Richards IV "would not fare well" in prison.

The case never received media attention and Delaware officials never publicly disclosed details on the trial. The only reason the controversial decision is being brought to the public's attention now is a lawsuit filed by his ex-wife, which charges that Richards has admitted to not only abusing his daughter, but later his son as well. Now many think Richards' sentence is more evidence that in America, money buys favorable treatment from the judicial system, even when the crimes are horrific.

Many suspect Richards' great wealth appears to be what got him special treatment in this case; the unemployed millionaire, grandson of du Pont family head Irenee du Pont, bought a 5,800 square-foot mansion in Greenville for $1.8 million in 2005. His ex-wife's lawsuit alleges that he was able to use "his family’s wealth and position in the community" to hire an expensive Wilmington defense attorney Eugene J. Maurer Jr. to negotiate a plea bargain with prosecutors. Superior Court Judge Jan Jurden's subsequently sentenced Richards to eight years suspended jail time to be served under Level II probation, which requires monthly visits by a case officer. Typically, sentencing guidelines suggest zero to two and a half years of prison time, though up to 15 years is permitted under the law. Richards also was ordered to pay $4,395 to a violent crimes compensation fund.

According to Delaware officials like Public Defender Brendan J. O'Neill, who thinks the judge was courageous to avoid a harsh sentence, it's incredibly rare for a sentencing judge to cite frailty as a "reason not to send someone to jail."

Defense lawyer Joseph A. Hurley argued that the sentence reflected Judge Jurden's assessment that "Sex offenders are the lowest of the low in prison. He's a rich, white boy who is a wuss and a child perv. The prison can't protect them, and Jan Jurden knows that reality. She is right on."

National Association for Counsel for Children executive director Kendall Marlowe agrees that the sentencing is exceptionally unusual, but is angry Richards was able to escape a harsher sentence thanks to his legal team. He says that "Child protection laws are there to safeguard children, and adults who knowingly harm children should be punished ... Our prisons should be more rehabilitative environments, but the prison system’s inadequacies are not a justification for letting a child molester off the hook."

And another defense lawyer, Michael W. Modica, says: "I've never heard of the judge saying in general that [a convict] is not going to do well. Who thrives in jail?"

Even O'Neill admits the decision could cause the public to be skeptical about "how a person with great wealth may be treated by the system."

It isn't hard to see why. Other recent cases across the nation have sparked discussion about the role wealth and affluence plays in sentencing the guilty rich — like Ethan Couch, a 16-year-old who killed four people including a priest in a DUI accident in 2013. Couch was sentenced to just 10 years' probation after a psychologist argued he suffered from "affluenza," essentially saying he was too rich and privileged to understand the consequences of his actions. At the time, writer Jessica Ann Mitchell noted that "povertenza" is not, and presumably will never be, an effective defense for the many young, disenfranchised minority youths that comprise much of our prison system.

Yes, American prisons are horrible. Conditions are unimaginably bad and, if anything, worsen the life prospects of their inmates rather than perform rehabilitative services. But for some reason, it's only the rich and affluent who seem to be given the benefit of a light sentence. Both prisons and sentencing badly need to be reformed, but a two-tier system for the rich and the poor isn't helping.