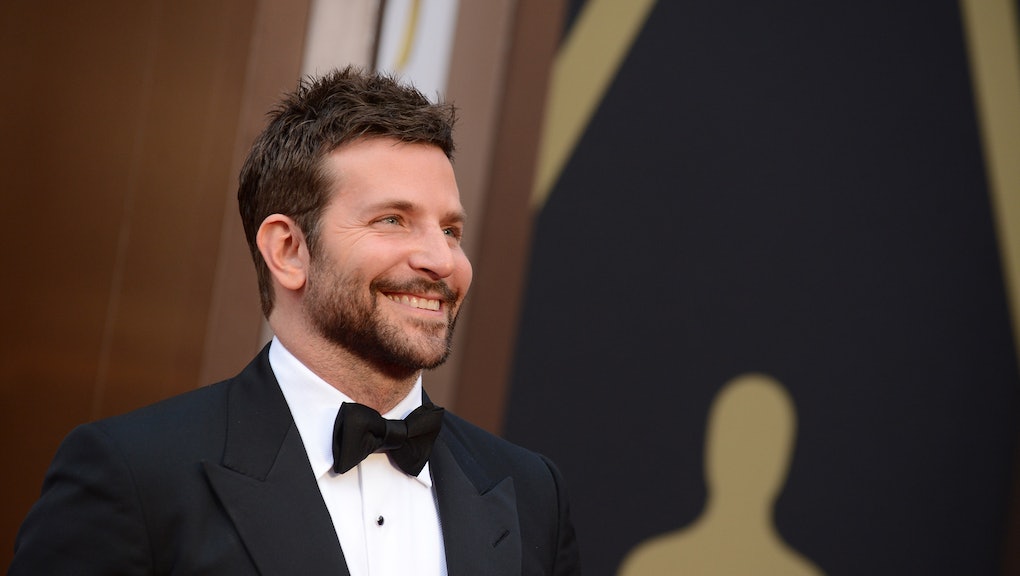 There's a lot for President Barack Obama to be happy about: health care enrollments are in, and they exceeded the administration's 7 million goal. And one unlikely pal helped make it happen.

In touting Obama's success, the president's March appearance on the Funny or Die webseries Between Two Ferns has been brought up often. The seven-minute clip in which Obama trades insults with comedian Zach Galifianakis has received 20 million views online and since contributed to a 40% traffic spike to the HealthCare.gov website. While the deadpan, faux talk show may have been an unlikely venue for Obama to promote health care, one man had the foresight to make it happen: Bradley Cooper.

How it came together: According to Politico, the Oscar-nominated actor was invited to the White House back in February for the state dinner honoring French president François Hollande. Before the dinner commenced, Cooper met with Obama's senior adviser Valerie Jarrett to discuss how he can help with the Obamacare campaign. Funny or Die had been brought up before, but it was Cooper who pitched bringing the president on to Galifianakis' show. He called up his Hangover co-star on the spot, putting him on speakerphone.

After Galifianakis pledged his support, Jarrett, communications director Jennifer Palmieri and press secretary Jay Carney brought the idea to Obama. He wasn't familiar with Between Two Ferns, but he was happy that his celeb supporters wanted to help out. "Zach Galifianakis and Bradley Cooper are going to do this for me?" he reportedly said.

The rest is, as they say, history (replete with jokes about Cooper):

According to Between Two Ferns director Scott Aukerman, the Funny or Die team had floated the idea of Obama appearing on its shows for months. But once Obama gave his go-ahead, they rushed to make the idea a reality.

"For me, the most important thing was that it didn't come across as an advertisement. I really wanted it to be a funny, normal Between Two Ferns video. And the great part about it was that the White House was very accommodating of that and didn't want to get in the way of our process," Aukerman told Vulture. "They didn't want it to be just any kind of ad; they knew that it had to be funny and it had to be what we normally do for anyone to actually watch it. So, to their credit, they actually stayed out of our way with it."

Critical reception: Though detractors criticized the president's appearance as beneath the dignity of his office, it has been roundly praised by media outlets for showing a loose, fun side of Obama — especially when it comes to pitching a hard-sale like health care. "The sketch's underlying joke about Obama's appearance is that he has to talk to this idiot in order to get young people to buy health insurance. But there is a larger meta-joke, as well — that the President and his people know that he needs to do things like this. And both are funny because they are true," wrote the New Yorker.

Even if you weren't a fan of the Between Two Ferns appearance, at least it was much funnier than these awful Obamacare ads. And you can thank Bradley Cooper for that.