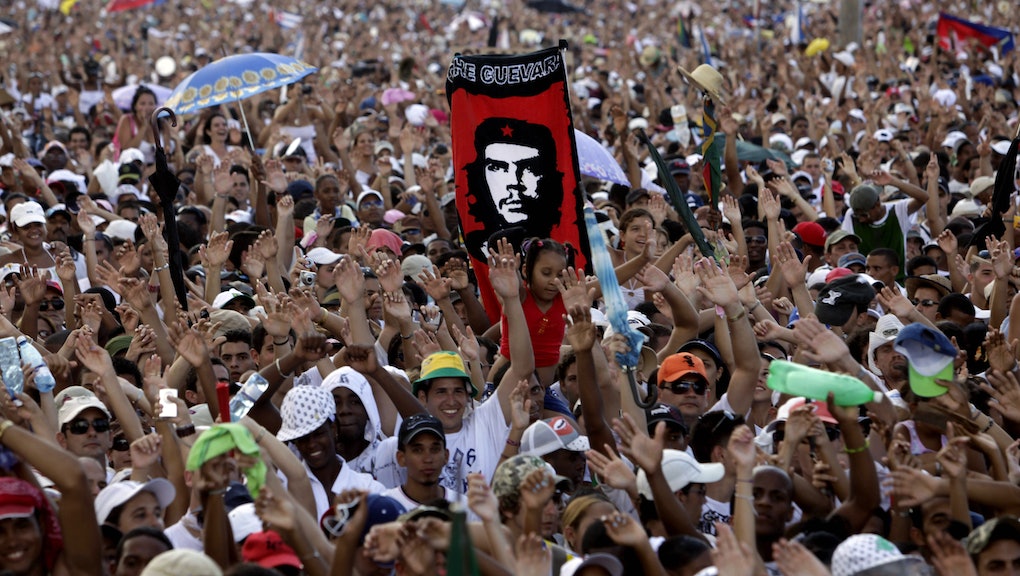 The U.S. Has Been Secretly Plotting to Spark Revolution in Cuba — Here's How

An investigative report published by the Associated Press will make even the most trusting of U.S. visionaries uncomfortable. It revealed that U.S. government secretly tried to spark political unrest against Cuba's communist government by creating a Twitter-like messaging service that would infiltrate Cuba's tight Internet restrictions. The ZunZuneo program (slang for a Cuban hummingbird's tweet sound) was a text-messaging service U.S. officials hoped would prompt citizens to "renegotiate the balance of power between the state and society," or in simple terms, rise up against Castro’s government.

While Edward Snowden, Chelsea Manning and Julian Assange warmed us up to the idea that the U.S. government may, to put it lightly, not always operate under the principles of "life, liberty and the pursuit of happiness," the ZunZuneo program brings skepticism to a whole other level. The AP report details how the USAID, the humanitarian assistance program, was conducting the operation. Yes, USAID — the program known for providing food and education to other countries was feeding Cubans planted information.

According to reports, the development organization was operating using Cayman Island off-shore accounts, as well as computers and phones from around the world, to make messages from the fake Twitter virtually untraceable. The first stage of the plan was to make the messaging system popular by spreading news messages on things like soccer, concerts and weather updates. Then, when the subscriber base reached a certain point, ZunZuneo would spread political content inciting what U.S. officials called "smart mobs," large protests organized at a moment's notice — something like a Cuban Spring.

The program was OK-ed by congressional investigators. AP News reports that "USAID spokesman Matt Herrick said the agency is proud of its Cuba programs and noted that congressional investigators reviewed them last year and found them to be consistent with U.S. law." The report also points out that any federal organization launching a covert action must first get presidential approval.

The little ZunZuneo bird sounds eerily dystopian to a generation caught at the junction of progress and the ever-expanding definition of "national security." As Manning faces 35 years in prison, Assange extradition and a worldwide hunt and Snowden the wrath of the U.S. government from aboard, will breaking stories like the Zunzuneo program grow increasingly difficult?

Read the full AP report, in all its disturbing glory, here.