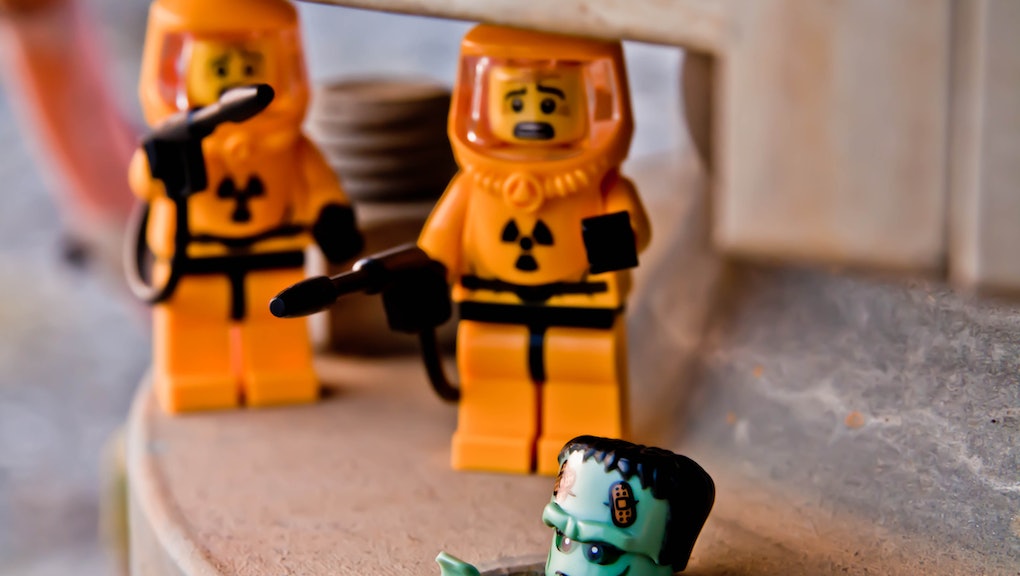 Polish Priest Claims That Legos Are the Tools of Satan

Legos are tools capable of "destroying" children's souls" — the work of Satan himself, according to one Polish priest. In his latest presentation geared toward parents, Father Slawomir Kostrzewa warned that toys like Lego Monster Fighters and Zombies could "destroy [children's] souls and lead them to the dark side."

This is the same person who previously described My Little Pony as a carrier of death." While the priest raises some rather interesting questions over children's toys, is his rant properly directed? Are Dracula-like figurines the issue parents, or people in general, should be most concerned about?

Psychologist Monika Filipowska dismissed the links between Dracula Lego-man and the devil. In an interview with the Super Express newspaper she said, "Linking them to Satan is just wrong, and all that will happen is that children will be afraid of them now."

While the priest cited a study by the University of Canterbury on concerns over increasingly angry-looking Legos, he took it out of the realm of psychology and into the underworld. While researchers have expressed concern over how angry-looking Legos may affect children, they have not yet explored in-depth questions like: Do unhappy toys help kids express feelings of anger and frustration or encourage them?

Psychologists, sociologists and scientists will continue to explore how facial expressions on toys impact kids, but until then one man has made up his mind. For one Polish priest, zombie Lego are the devil's work.