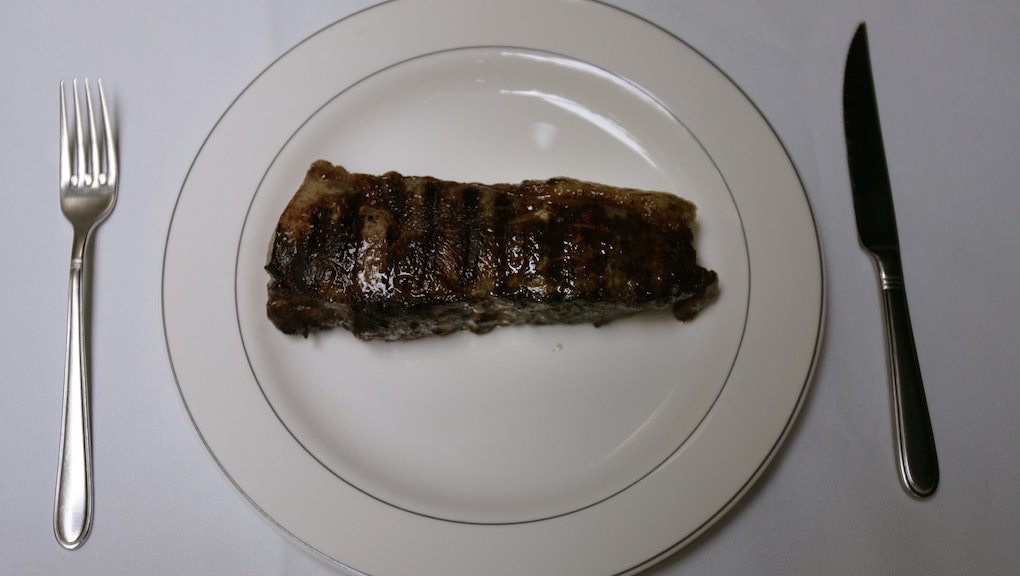 Scientists Prove What We All Secretly Think About Vegetarians

Prolific meat-eaters have something to gloat about this week in the form of a new study from researchers at Austria's Medical University of Graz that concludes vegetarians are less healthy and have a poorer quality of life than their carnivorous counterparts.

The scientists found some positive associations to a meat-free diet. But those seemed to be outweighed by a variety of health risks. Vegetarians were twice as likely to have allergies, had 50% more heart attacks, and developed 50% more cancer.

In fact, the scientists are pretty sure of the poor health-vegetarianism link even after noting the vegetarians tended to be more physically fit with a lower BMI, and observing that they smoke and drink less. From CBS Atlanta:

Overall, vegetarians were found to be in a poorer state of health compared to other dietary groups. Vegetarians reported higher levels of impairment from disorders, chronic diseases, and "suffer significantly more often from anxiety/depression."Subjects who consumed lower amounts of animal fat were also linked to poor health care practices, such as avoidance of vaccinations and a lack of preventive care.Chronic problems associated with vegetarians and people eating carnivorous diets rich in fruits and vegetables were linked to more frequent visits to doctors, which the study authors suggest requires public health programs to reduce the health risk due to their nutritional factors.

These are some pretty heavy conclusions. But there's a silver lining for vegetarians: The researchers note a possibility that "the vegetarians in our study consume this form of diet as a consequence of their disorders, since a vegetarian diet is often recommended as a method to manage weight and health." And thanks to the limited nature of the data, the team doesn't have any clues as to whether the vegetarians in the study are less healthy because of their diet, or whether they consume a vegetarian diet because they are trying to get healthier.

And though Jezebel is already calling for "a study that establish a relationship between vegetarianism and smugness," don't get too excited yet, carnivores. Another recent study found that consuming seven or more portions of fruits and vegetables a day was correlated with a 42% lower mortality rate over any given period of time — an effect the researcher in charge called "staggering."