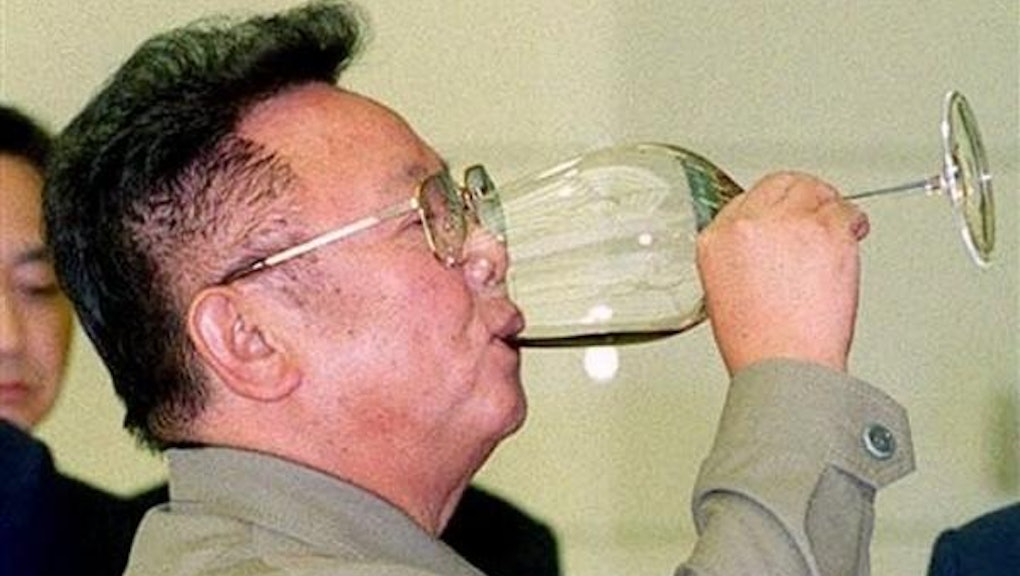 Kim's son, Kim Jong-un, seems to share his father's predilection for totalitarianism, torture and heavy drinking. Apparently the North Korean leader was "very drunk" when he ordered the execution of two of his uncle's political aides last year. Kim is also known for lavish get-togethers with people like Dennis Rodman, sipping cocktails while much of his country starves.

Kim Jong-il was often spotted with the drink alongside world leaders or at meetings. Perhaps he could have outdone some of the world's other famous drinkers, like British prime ministers Winston Churchill, Margaret Thatcher or Tony Blair.

It's not just liquor that North Korea's dictators are drunk on, but relentless and overriding power. Kim Jong-un's rulership has provoked fury from the United Nations, who have accused the government of Nazi-like human rights abuses. The United States says it will stand by South Korea, which North Korea relentlessly menaces. Human rights organizations and leaders from around the world continue to denounce Kim's policies of torture, warmongering and abuse. But for Kim Jong-un, like his father, a swig of liquor is all it takes to keep on going.