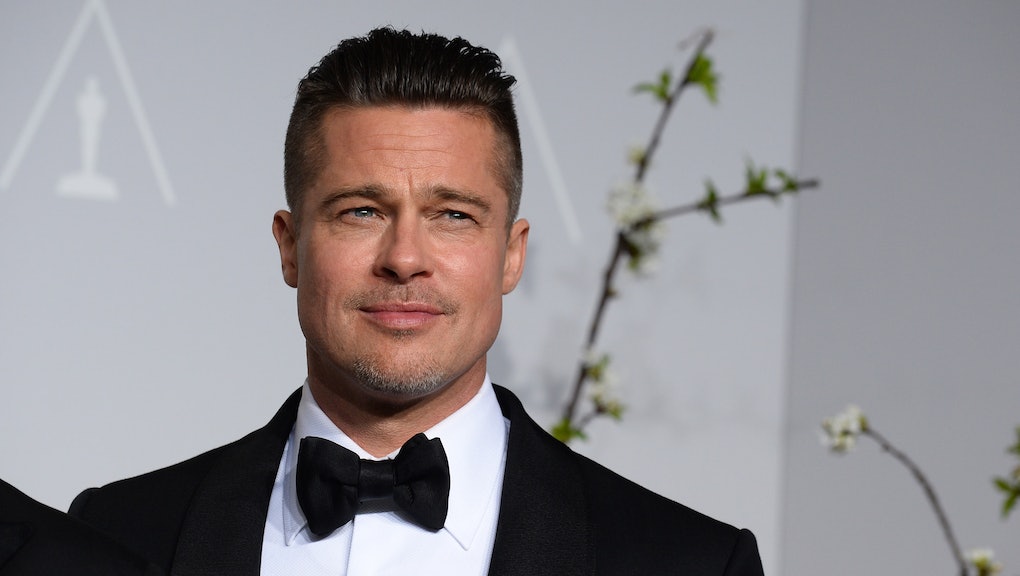 The news: On Monday, reports surfaced that Plan B Entertainment — Brad Pitt's production company — had purchased the rights to David Kushner's Rolling Stone article "Anonymous vs. Steubenville," which details the infamous Steubenville, Ohio rape case of 2012.

The decision was bound to generate controversy, but there's one glaring issue already: whose story is being told. Instead of placing a Steubenville resident or someone involved in the incident at the center of the film, the narrative will follow Deric Lostutter, a hacker who faced legal persecution for publicizing the case and pressuring the guilty parties to come forward.

The background: Lostutter's intervention came when Steubenville local and school officials seemed ready to sweep the crime under the rug. Two 16-year-old high school football players were accused and eventually found guilty of sexually assaulting a 16-year-old girl while she was passed out, then filming and photographing her and sharing the images on social media.

Lostutter appeared in an online video shortly after. He wore a Guy Fawkes mask and identified himself as part of the hacker collective Anonymous, then threatened to make public the identities and personal information of the perpetrators and those who were helping them hide. Anonymous affiliate KnightSec hacked the Steubenville football team's website and posted the video there. They eventually released more disturbing footage of the rapists' friends laughing and joking about the assault.

Then last year, 26-year-old Lostutter's home was raided by the FBI in connection with the hacking incident. He maintains his innocence, but faces charges that could land him up to 10 years in jail. Meanwhile, Ma'lik Richmond and Trent Mays, the two rapists, were sentenced to one and two years respectively. Richmond was released after serving just 10 months.

Lostutter's is a fascinating story, and certainly worth telling. But critics point out that focusing on him obscures the more important elements of the case, namely the experience of the victim and the social forces that conspired to make such a horrific tragedy possible.

"In a culture where rape survivors' voices are often ignored," writes Tara Culp-Ressler at Think Progress, "and women's stories about their own lived experiences of sexual violence and oppression are constantly brought into question, it's discouraging to envision a movie about one of the most famous rape cases in the country that places a 'white knight' at the center."

Indeed, the "white knight" trope has been a problem in Hollywood for years. Whether it's black Civil War movies starring Matthew Broderick or a Steubenville film about a hacker, the industry tends to structure narratives around protagonists they think audiences will identify with — often at the expense of whomever the film should really be about.

As Culp-Ressler points out, this is especially troubling in a world where "sexual assault cases become interesting only when they involve an outside intervention to legitimize a woman's abuse." Rape victims are everywhere, but we seem only sporadically invested in their personal stories. And when these stories do come to light, we're often taught to identify more with the perpetrators than the victims:

It's admittedly unlikely that a Steubenville film could be made featuring the victim, as her identity remains rightfully hidden from the public. But by keeping stories like hers at a distance, we're doing ourselves a disservice. More films need to be made where audiences get to know the survivors, friends and family members for whom sexual assault is a lasting, personal and troubling reality. Sadly, Hollywood remains hesitant to take that step.