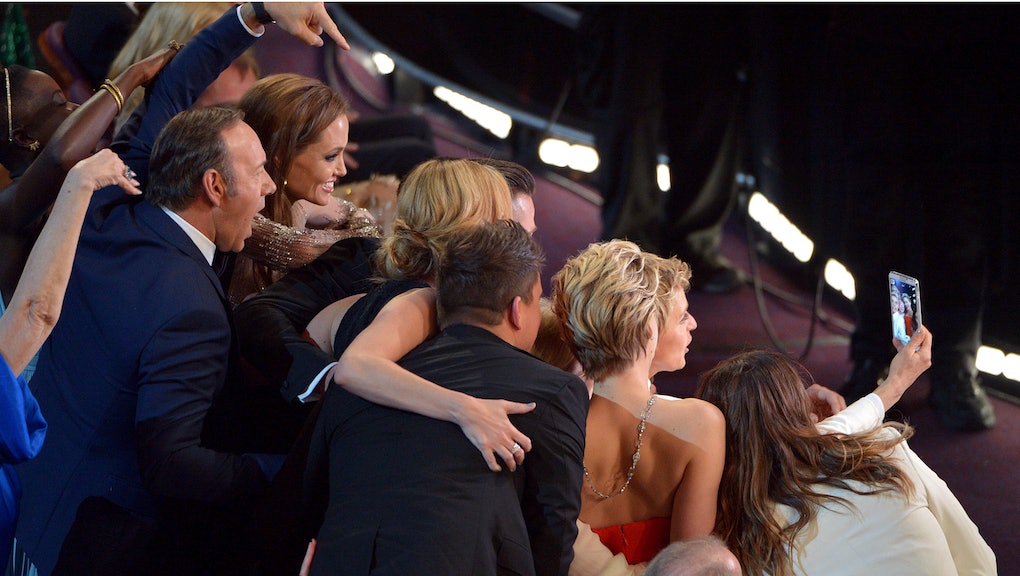 The "news": Well, a huge chunk of the smartphone-carrying population apparently needs to get therapy. According to one report, the American Psychiatric Association just classified excessive selfie-taking as a mental disorder.

Selfitis is defined as "the obsessive compulsive desire to take photos of one's self and post them on social media as a way to make up for the lack of self-esteem and to fill a gap in intimacy." It has no known cure, although cognitive behavioral therapy is recommended.

The disorder has three levels:

1. Borderline selfitis: taking photos of one's self at least three times a day but not posting them on social media

2. Acute selfitis: taking photos of one's self at least three times a day and posting each of the photos on social media

3. Chronic selfitis: Uncontrollable urge to take photos of one's self round the clock and posting the photos on social media more than six times a day

Wait a second: If the report above seemed too ridiculous to be true, it's because it is. The original story comes from The Adobo Chronicles, a fake news site. If you visit the page, it clearly says at the top: "Your Source of Up-to-date Unbelievable News."

But that hasn't stopped people from picking up on the story and taking it seriously:

Are selfies actually dangerous? The classification of excessive selfie-taking as a mental disorder may seem far-fetched, but some medical professionals believe that it may be an indicator for an underlying condition. A recent psychiatric study found that those who frequently share photos of themselves have less intimacy with others. Obsession with selfies has also been linked to low self-esteem, body dysmorphic disorder and OCD.

So while this particular story may be a hoax, it might not be completely off the mark: selfies may enable or be symptomatic of a bigger problem. So watch out.