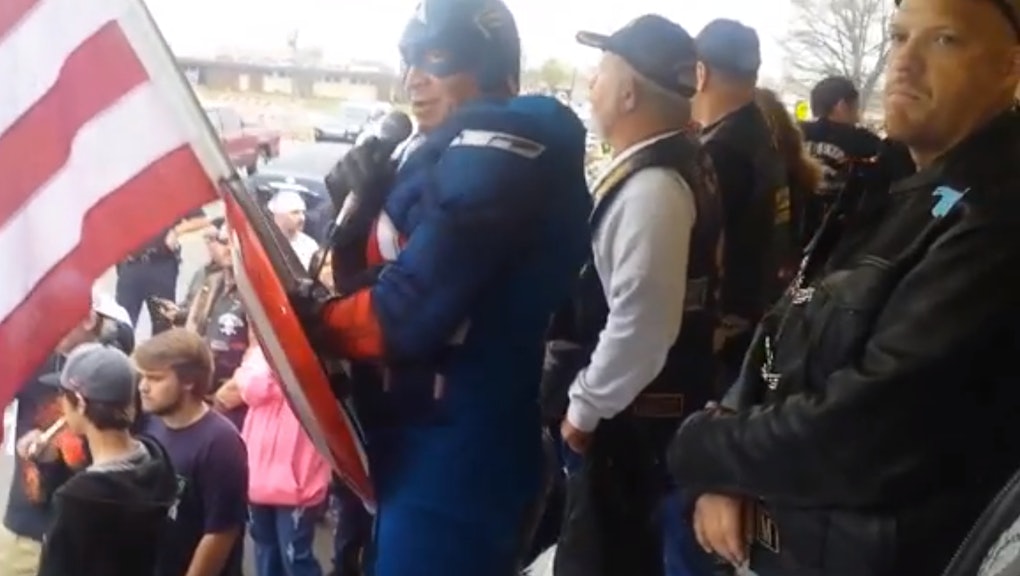 When members of the Westboro Baptist Church hate group came to Central Junior High School in Moore, Okla., this Sunday, they were forced to run with their tails between their legs.

Moore was hit by a tornado in May 2013, killing 24 people and injuring 240 in the city of just 55,000. Some 2,400 buildings were destroyed or damaged, including an elementary school where seven students died. It was the second time in 15 years that the city had fallen victim to nature's wrath. A similar storm with 300-mile winds in 1999 killed 44.

That might explain why WBC was met with such resistance this weekend when they showed up in town waving their characteristic "God Hates Fags" signs while claiming the town was being punished by the lord for their degenerate attitudes towards homosexuality and sin:

Of course, they didn't admit defeat, instead claiming they had been attacked by an "unlawful mob." Check it out:

"I thought it was hilarious. I mean I really did. We sat there and laughed the whole time," local Tina Johnson told KFOR. "They were running, yeah."

And another counter-protester, Dan Eccles, said that "They shagged tail, got in them cars and was leaving in a hurry. Oh yeah, they was gone!"

Just weeks ago, another counter-protest group one-upped the church by holding banners sympathizing with them over the recent death of WBC founder Fred Phelps.

The full incident can be seen below.