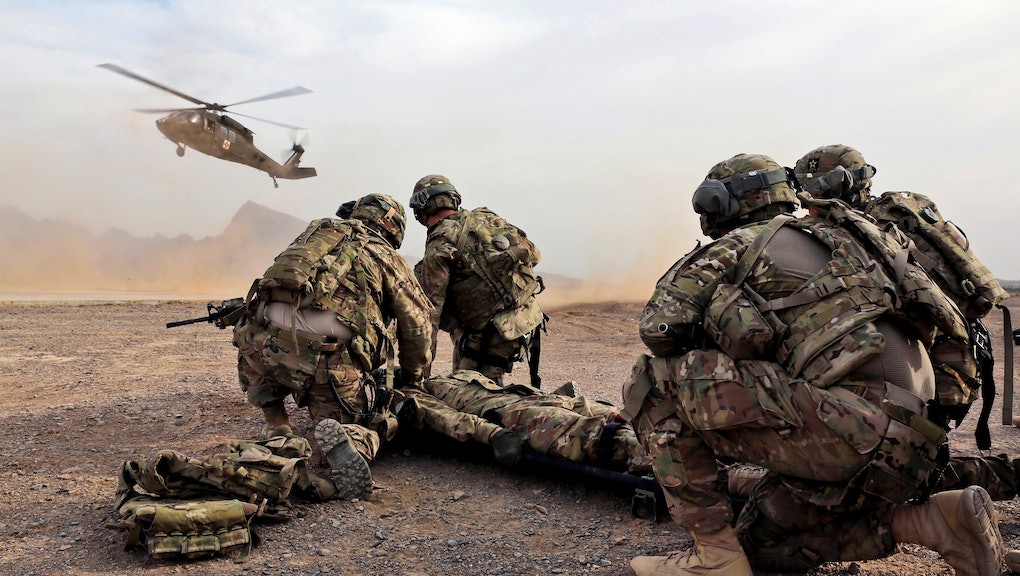 A simple device called X-Stat — essentially, a syringe filled with sponges — has just been approved by the FDA for military use. If adopted by the armed forces, it could save hundreds or even thousands of lives on the battlefield.

The concept is simple. The syringe-like applicator holds highly compressed cellulose sponges with an absorbent coating, which are put directly into the wound. Within about 20 seconds, the sponges will have absorbed enough blood to pack the wound cavity and generate sufficient pressure to delay catastrophic hemorrhage for up to four hours. Up to three applicators can be used on a single wound, and each contains enough sponges to absorb a third of a liter of blood. The whole process is so simple that pretty much anyone can use it to provide first aid for major trauma. Creators RevMedx claim it can stop bleeding from a gunshot wound within 15 seconds without external compression.

If X-Stat lives up to its lofty expectations, it may change the face of battlefield medicine. Previously, all medics responding to gunshot wounds could do is stuff gauze into the wound — a horrifically painful process that needs to be repeated if the bleeding fails to cease within three minutes. According to former U.S. Army Special Operations Medic John Steinbaugh, it's so painful that "you take the guy's gun away first."

The U.S. Army estimates that roughly half of combat fatalities are due to "exsanguinary hemorrhage," or bleeding out. And it also says that according to its best estimates, about half of those deaths could have been prevented by timely or appropriate care. Technologies like X-Stat could prove critical in those cases — and especially when life-threatening wounds are inflicted upon areas of the body that can't be put in a tourniquet, like the pelvis or shoulder. According to Dr. Anthony Pusateri, portfolio manager for the Defense Department's hemorrhage research program, "It is a capability that has never existed before."