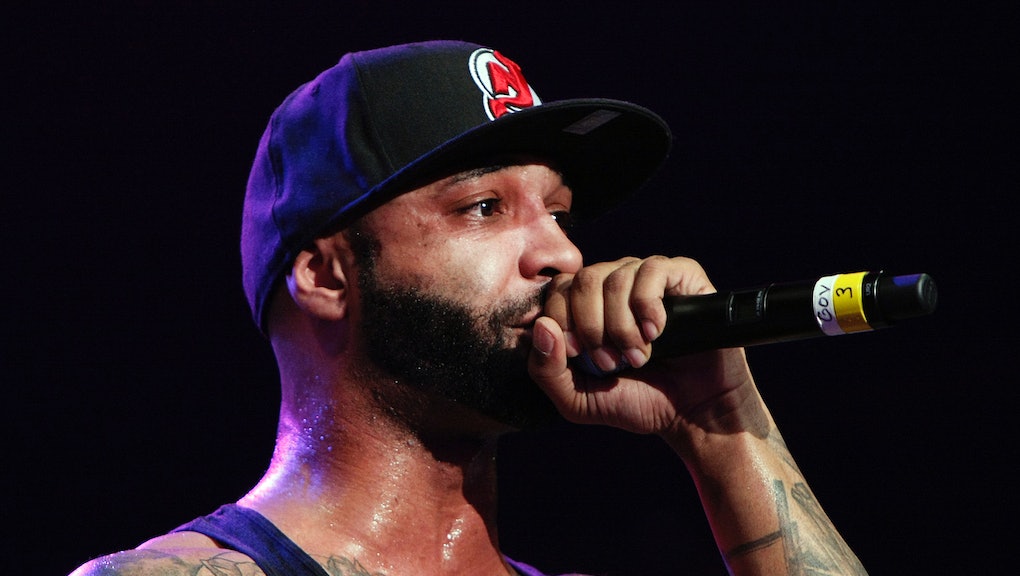 The news: There's nothing like a little anti-Sikh bigotry to spice up your day, and Joe Budden is here to answer the call.

The once relevant New Jersey-bred rapper riled up the Internet last week when he posted this masterpiece of ignorant-ass-ness on Instagram:

For the record, Budden is a 33-year-old adult.

The photo was taken during an airport security check, and deductive reasoning — along with the fact that I wasn't born yesterday — suggests that Budden's "Not on my watch Homeboy !" caption is a thinly veiled suggestion that this man is a terrorist.

Since racist jokes are always hilarious and never bother anyone, Budden seemed surprised that the Twitterverse had some withering comments about him:

Someone named Jaskaran Dhanoa even engaged the rapper in a debate:

Budden'’s last tweet had more than a little "fine whatever fuck off just leave me alone"-flavor to it, but a win is a win. And as recent history makes clear, it's probably wise to just throw in the towel once indignant tweeters get involved — right, Stephen?

Adding a hint of irony is a recent study showing that over 50% of Sikh children endure school bullying, up to 67% if they're wearing turbans or other articles of faith:

This is about three times the nationwide figure of total students who face bullying, which is 20%, according to a 2011 estimate from the Center for Disease Control.

"Brown skin and turbans have popularly become associated with terror," says the study. "Crude popular culture stereotypes of terrorists and damaging media images outside the classroom have made their way into the classroom, to the detriment of young Sikhs."

PolicyMic's Lauren Davidson adds: "Sikh children are being tormented by other students who make fun of and rip off their turbans, hurl names such as 'terrorist' and 'bin Laden' at them, and tell them to 'go back to their country.'"

So in a way, Budden is just continuing a tradition that's been a touchstone of American culture since 9/11, if not earlier. It's heartwarming to see the childish taunts of unimaginative middle-schoolers translated so seamlessly into the humor of adults. Really solid work, Joe.

Encouragingly, the rapper apologized with what seems to be real sincerity and removed the photo:

Hats off to him for that. And for the final word, Sikh cartoonist Vishavjit Singh, aka Sikh Captain America, got all deep and shit and dropped this knowledge:

Those final lines — "I might be black and famous but not immune from supremacist urges" — are an important reminder of how easily racism can inform our thoughts and assumptions, no matter our background. Let Budden be a lesson to us all: Be mindful, and if you feel the urge to say or post something stupid … just don't.

It's really not as hard as it sounds.