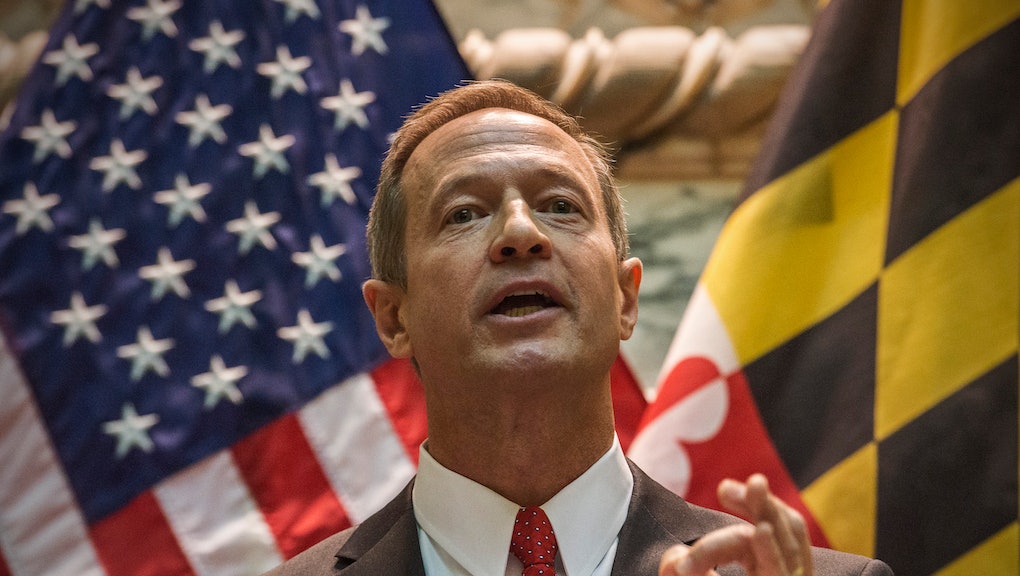 Marijuana: The first of the new bills imposes only civil fines, rather than jail time, for those caught with less than 10 grams of marijuana (a little over a third of an ounce). The legislation's introduction is in some ways seen as the direct response of some of the state's lawmakers, including the Legislative Black Caucus, to Chairman Joseph F. Vallario's (D-Prince George's) attempt last Wednesday to form a two-year task force to study the potential impact of decriminalization, which would have effectively tabled the bill until after the 2014 election. With Vallario forced to reconsider under pressure from the rest of the state Democratic party, the result was a victory for reform advocates.

Minimum wage: Maryland also seems set to increase its minimum wage to $10.10 by 2018. In doing so, Maryland has joined the seven states (as well as D.C.) which have raised their pay grades in the 13 months following President Obama's 2013 State of the Union, where the chief executive called for a $2.85 increase on the current $7.25 rate. As the president's proposal seems unlikely to pass into federal law, the minimum wage argument is increasingly moving to the states — where 34 states have begun legislative debate on the matter. While the increase will give the state's minimum wage workers a 39% raise, it's not everything progressives wanted. It won't be indexed for inflation, and Maryland tipped workers won't be seeing an increase; these are both issues federal Democrats argue will be non-negotiable in any eventual nationwide bill.

While the measures are a clear-cut victory for Maryland progressives, not everyone is so happy. The Baltimore Sun's Dan Rodricks criticized the bills for being relatively modest steps for one of the bluest states in the nation, calling the state's legislature "Democrats-in-name only." DIMOs? At least it's better than nothing, right?