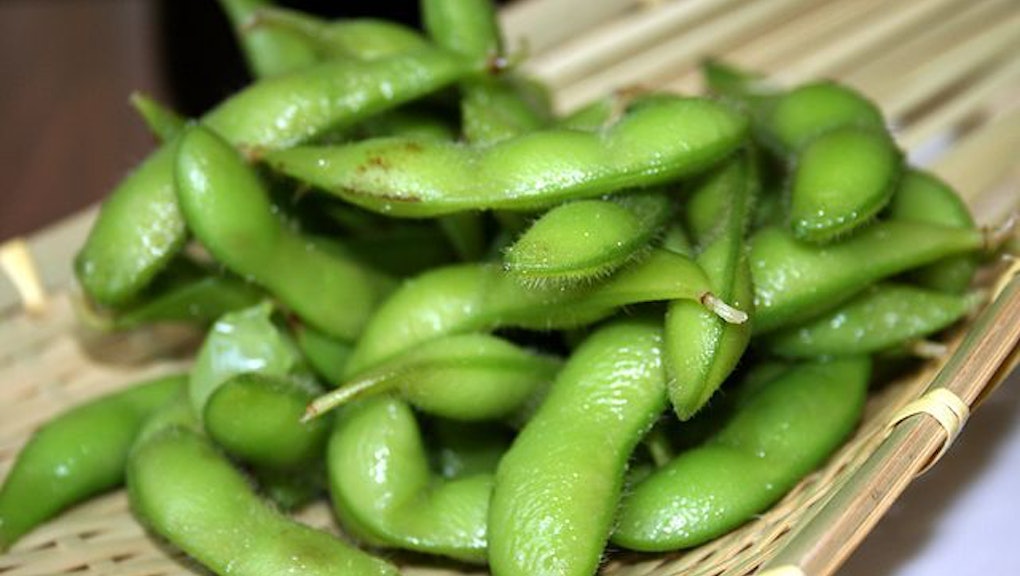 7 Secret Ingredients Hiding in the Foods You Eat Every Day

Some food ingredients can be terrible for us, and not just the ones you might think.

Companies often market their food with one story, while the ingredient list on the back tells a different one. It's part of the reason why the debate over GMO labeling is so big right now. There is a lack of transparency over what's going in our foods and what the effects of those ingredients really are.

The reality is that we eat tons of products every day that are marketed as "natural," or at least benign, that are anything but. There has been a noticeable push within the food industry to feature this narrative, with a myriad of vague and often confusing labels which sound good but mostly amount to smoke and mirrors. The truth is that we have little idea what's going on with our foods, and that is exactly how the food industry likes to keep it.

Here are some common ingredients and the foods we find them in, that aren't what they seem.

The refined and bleached flour in baked goods is treated with many chemicals, including chlorine and benzoyl peroxide.

These chemicals are banned in other countries such as the UK and China because they are poisonous or carcinogenic. Other chemicals, such as azodicarbonamide (found in yoga mats), are also present. Although all these substances are approved for use as food additives by the FDA, the organization has faced scrutiny in the past for catering to industry lobbyists. Its regulations might not be always made with your long-term health in mind.

2. Antiobiotics (in eggs and meat)

Eggs are wholesome, healthy sources of quality protein, and in moderation are a great addition to most diets, right? Not exactly.

It turns out that among other things, antibiotics and arsenic (a known carcinogen) are frequently fed to chickens to increase productivity and growth, and will pass from chicken to egg to consumer. The deplorable conditions in which the chickens live also make it easy for pathogens such as salmonella to spread. Further compounding the problem are the many labels that egg producers have created to promote their products in the most positive light possible.

3. Hormones (in seafood and other meats)

Seafood is generally seen as a wholesome, healthy option with many benefits over red meat. In particular, the high omega-3 fat content of some fish is thought to reduce the risk of heart disease. Over the years, the global consumption of fish as a primary source of protein has increased, resulting in overfishing and, in turn, the rise of aquaculture.

When you head to the seafood section of your local supermarket, you are more likely to pick up a piece of fish that came from a farm than out in the wild. No big deal, a fish is a fish is a fish, right?

Wrong. Farmed fish, especially those raised in the U.S., have extremely concentrated levels of polychlorinated biphenyls. These chemicals are known to cause cancer and damage the body's reproductive, nervous and immune systems. Farmed fish are also allowed to be treated with hormones such as testosterone. Additionally, as with eggs and poultry, high levels of antibiotics are present because of efforts to combat infection and the spread of disease in crowded farm conditions.

For many of us, beer goes hand in hand with good times. After work, during the big game, at a barbecue, you name it, beer fits in just about anywhere. It's one of life's guilty pleasures, and we accept that it isn't great for us, but in moderation it won't kill us either.

However, some of the most quintessential American beers contain ingredients that manufacturers would prefer consumers overlooked. In particular, one of the most common ingredients is high-fructose corn syrup from genetically modified plants. The goal in incorporating adjuncts like these is to lower costs, but in doing so, consumers risk exposure to toxins like mercury, which is a byproduct of manufacturing HFCS.

As a consumer in the U.S., it's almost impossible to avoid GMOs. Unlike other nations that have flat-out banned them, genetically modified foods are highly pervasive in American products, especially processed and packaged goods.

In fact, about 85% of corn and 90% of soybeans produced in the U.S. are modified for increased resistance to herbicides and pesticides. Yet there is strong opposition by many food companies against explicitly labeling products as containing GMOs. Because the long-term health effects of genetically modified foods have not been determined, deceiving consumers about their exposure to such products is irresponsible and denies them their right to make health-conscious decisions.

When I was in high school, minus the occasional splurge on a carton of fries here and there, most days my lunch consisted of some lean deli ham or turkey, a slice of cheese and a couple of condiments to spice things up. Especially considering that most of my classmates were eating greasy burgers, fries and other typical fast food products on a daily basis, I thought that my lunch was rather healthy.

However, this assumption was wrong. It turns out that processed lunch meats, even turkey and ham, often contain additives that are intended to improve texture, flavor and product longevity. Some of these, like sodium nitrite, are linked to cancer in humans. Others are meant to ward off some pretty nasty bugs like Listeria, which can cause lethal food poisoning, but other "protective ingredients" are actually viruses which prey on other infectious organisms that can find their way into the meat.

Although the experts in favor of their use emphasize their safety and benign nature towards humans, there are many viruses that are capable of changing their targets. So while they might seem like a great go-to option, lunch meats are actually a cocktail of ingredients just waiting to wreak havoc on your health.

7. Artificial food coloring (in chips, cereals and a lot more)

It's almost a given that at some point in their lifetime, every American has consumed something that has been artificially colored. Simply check the ingredient list of those Doritos or Fruit Loops and you'll find Red 40, Blue 2, Yellow 6 or Blue 1. A look at the nutrition labels of our favorite drinks, snacks, condiments and packaged foods will yield similar results, because the truth is that compared to natural coloring agents, artificial dyes are much cheaper and easier for manufacturers to use.

Their use isn't even limited to food products: Artificial dyes are also used in cosmetics, medicines and hygiene products (e.g., shampoos, deodorants and soaps). The dyes are derived from petroleum, and as of today, only nine are approved for use in food by the FDA. Although the ubiquity of petroleum-based dyes in our food supply would suggest their safety, they have in fact been linked to the development of hyperactivity and anxiety disorders in children.

Furthermore, several formerly approved dyes of a similar type are now banned for being carcinogenic. Some companies like Kraft are making efforts to eliminate the use of artificial colorings in their products, which is certainly a step in the right direction for American consumers. Unfortunately, until more companies take this approach, or regulations regarding acceptable food additives fall in line with those in the EU, American consumers would do well to look closely at the labels of the products they purchase and exercise caution.

We regularly find ourselves supporting a food supply system that sabotages our health. In fact, in recent years it seems that the next food-related health crisis is always right around the corner. The staggering growth and complexity of a food supply chain obsessed with high yields and low costs leaves little consideration for consumers' long-term health and safety.

This isn't to say that consumers have no control over their food supply. The organic food movement emerged from a desire to utilize traditional farming practices to produce healthier foods and became a mainstream alternative to conventional food sources (likely bolstered by concerns over outbreaks of food-borne pathogens and unnecessary additives). If we're to get our food system to where it needs to be, it's going to take conscious, well-informed decisions, each and every day.