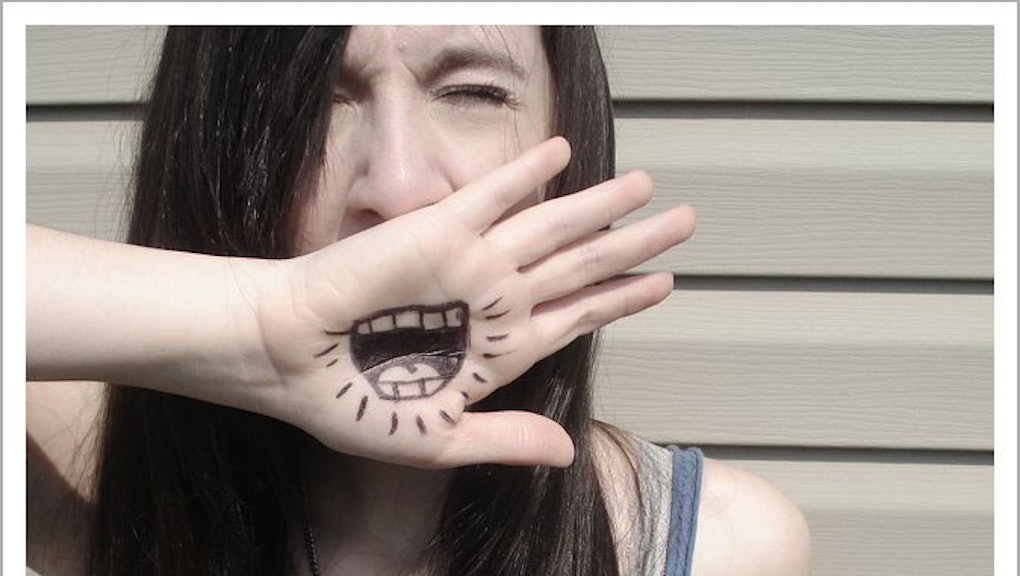 Mark Saunders of Thought Catalog thinks there's such a thing as "female privilege," and he's pretty angry about it, angry enough to publish 18 ways women benefit from being women.

The site Everyday Sexism, created by Laura Bates, has done a remarkable job of bringing the concept of privilege we see every day to a wider audience while also helping all, regardless of gender.

Because Saunders and many other white men can't see (or refuse to see) how this system benefits them doesn't mean privilege isn't there. Further, instead of recognizing how patriarchal values hurt everyone, regardless of gender, Saunders — without taking the time to educate himself or evaluate the enormous field of research and analysis on privilege — feels free to appropriate the term and cloak himself as a victim at the hands of women who have the audacity to demand equality in a society that routinely classifies them as second class citizens.

So, Mr. Saunders, here's a realistic take on your list of "Oh my gosh, I am so oppressed as a white male" grievances:

2. Male privilege is the ability to occupy any space and not be inundated with attempted flirting, catcalling and outright sexual harassment and assault. Let's see you encounter flirting from creepy men on a consistent basis since being a teenager and not become annoyed or threatened by it when any man attempts to get your number. And you would know this if you had bothered to spend a few minutes asking the women in your life about their experience with harassing or "creepy" behavior.

3. Male privilege is claiming that men are oppressed because they can't have sex with drunk women — even if men are drunk — without being labeled rapists, despite the fact that we know consent is not a difficult concept and that male predators — even drunk ones — know what they're doing. Rape and sexual assault are not accidental; you don't trip into taking advantage of someone.

4. Male privilege is turning on the television to watch programs that are nearly always male-produced and male-written with male leads supported by male crews on networks owned by men. But don't worry, women: You should be honored that you get to either play sexy or intelligent characters but rarely a comforting mixture of the two and are always vehicles for the worst stereotypes about women in our society.

5. Male privilege is looking at other men put women on a pedestal and getting angry … at the women. Here's a protip, Mark: If you're going to rant about the myth of "women and children first" policies, do your homework first so you don't look like an uninformed jackass.

6. Male privilege is believing you have a right to decide what a woman does with her body. It's also having the ability to skip town and abandon a woman you impregnated because of lax laws on paternity and child support. It's also ranting how you feel women aren't attracted to you even though you're a "nice guy" but curiously can't make a connection between that and how you generally treat women like objects with no personal autonomy.

7. Male privilege is being the only parent purely capable of escaping legal ties to a child because you're not the one birthing the child.

8. Male privilege is overlooking the fact that when a man is told to "man up," what it really means is "don't be like a woman" because if society has taught us anything, it's that being a woman is a lesser state of being.

9. Male privilege is making the ridiculous assertion that our society takes rape of women seriously when 60% of rapes aren't reported due to fear of backlash, only 10% lead to an arrest, and a dismal 3% of rapists will be incarcerated. Do you know what that means? Only 7.5% of rapists who are reported will spend a day in jail. But here's a newsflash, Mark: Rape culture is a problem that affects both women and men, and feminists have attempted to make this clear from the beginning of the movement to fight rape culture. You just haven't been listening.

10. Male privilege is believing that women are just automatically granted custody of children and ignoring our legal system's history of favoring parents who earn less, the logic being that the greater of two incomes should be preserved and that custody would disrupt that. Your beef shouldn't be with our legal system, it should be with a society in which it's acceptable for employers to pay women less for equal work. When women receive equal pay for equal work, everyone wins.

11. Male privilege is ranting about bias against men in arrests for domestic violence without doing the research that clearly shows that men and women are equally likely to be arrested in such incidents. But please don't take my word for it: Read what the U.S. Department of Justice has to say.

14. Male privilege is not being stopped or harassed by police when they use their authority to engage you with sexual intentions. Yes, Mark, this happens often. Again, you weren't paying attention.

15. Male privilege is believing that a higher rate of women graduating high school and college leads to success when in reality, women make up only 4.6% of Fortune 500 CEOs, 18.2% of the U.S. House of Representatives, 20% of the Senate, 27.4% of college presidents, 19.5% of law partners and 30.4% of active physicians. And need I mention again the gender wage gap?