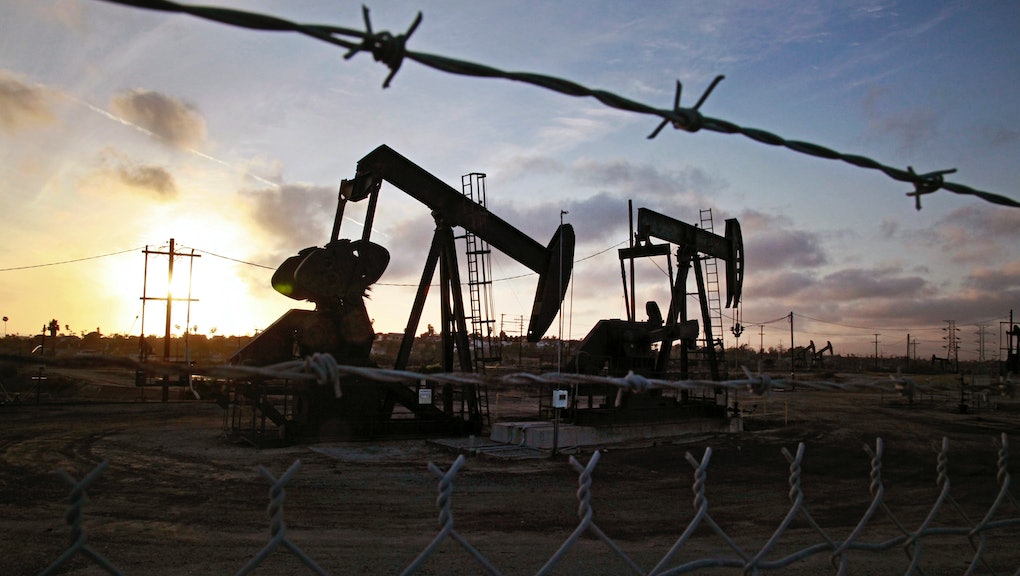 Last month, the state of Ohio shut down Hilcorp Energy's major fracking operation near the Pennsylvania border after five earthquakes occurred over the course of two days, including one that reached magnitude 3. No earthquakes had ever been reported in the area, located near the Carbon Limestone Landfill in Poland, Ohio.

Now, scientists say they have evidence that links the quakes directly to Hilcorp Energy's fracking operations. The Ohio Department of Natural Resources claimed in a statement that their scientists "believe the sand and water injected into the well during the hydraulic fracturing process may have increased pressure on an unknown microfault in the area," and have taken immediate action to shut down seven wells. The department has issued new requirements that wells drilling within three miles of a known underground geologic fault line or any location with a measured 2.0 magnitude or greater seismic event since 1999 be equipped with seismic monitors.

Under the new rules, any seismic event with a magnitude of greater than one must be followed by the operator taking the well offline. An investigation must be initiated, and if a probable link to fracking is found, all operations at the site must be permanently halted.

"While we can never be 100% sure that drilling activities are connected to a seismic event, caution dictates that we take these new steps to protect human health, safety and the environment," said ODNR department Director James Zehringer, who added that any seismic data collected would be used to improve fault maps.

While federal scientists have established a possible connection between earthquakes and injection wells where post-fracking waste water is funneled at high pressures deep into the earth, none of the seven wells shut down in Ohio were used as disposal sites.

PolicyMic's Nina Ippolito reported in November on the rise in seismic activity across the U.S. as reported in the United States Geological Survey's "Man-Made Earthquakes Update," which included the below map of small (3.0 magnitude) and large (4.0 magnitude) earthquakes. Humans are generally capable of sensing earthquakes of at least 3.0. The results were astonishing — while there "were a mere 21 earthquakes of magnitude 3.0 in the central and eastern United States between 1967 and 2000, there were over 300 such earthquakes from just 2010 to 2012."

The vast majority of the quakes seemed to be linked to waste disposal rather than the fracking process itself, with the 4-6 million gallons of wastewater injected into exhausted wells causing far more seismological problems than fracking. The USGS report noted the actual fracking process "is only very rarely the direct cause of felt earthquakes." Ohio's latest problems seem to be part of that small, latter category.

The quakes don't seem, so far, to be life-threatening, and the new regulations are generally agreed to be a useful safety feature. There's no reason for alarmism. But the spate of earthquakes rocking the U.S. isn't exactly comforting.