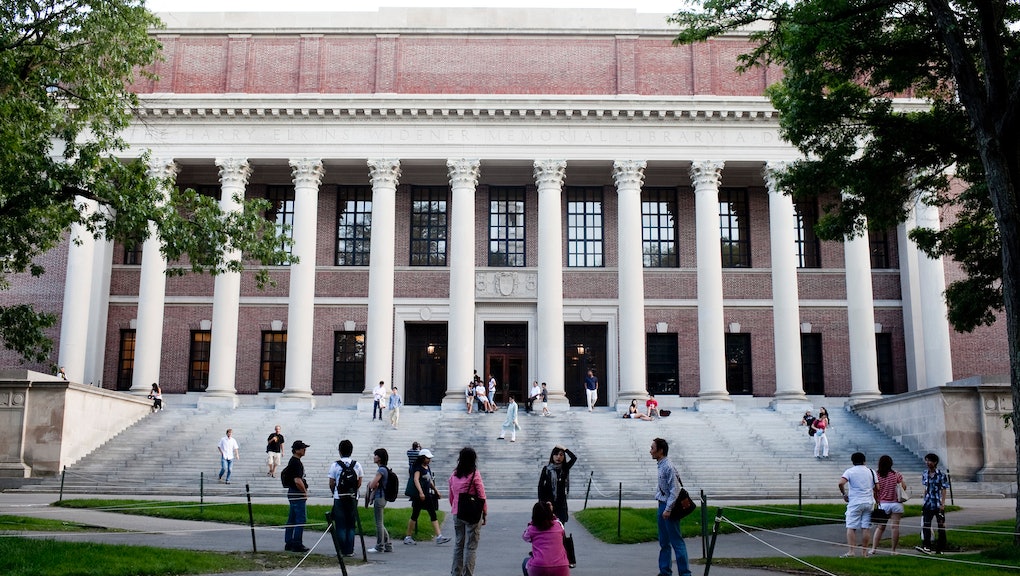 In what amounts to a very important step in the right direction, Harvard University has reportedly accepted the largest number of African American students in the school's history. And the competition was fierce. Choosing from a pool of 34,295 applicants with a 5.9% acceptance rate, The Journal of Blacks in Higher Education reports that 11.9% of accepted students were black.

Assuming that the typical 70% accept the invitation, roughly 170 of the 2,000 students matriculating this fall will be black, the largest representation of that group in the university’s history. Last year, of the 2,029 students admitted, 19.9% were Asian American, 11.5% African American, 11.5% Latino, 2.2% Native American and 0.5% Native Hawaiian. Foreign citizens made up 10.3% of admitted students.

The inspiring stories of two Class of 2018 admits have already been making their own headlines around the nation. Kwasi Enin grabbed national headlines when it was revealed that the Long Island, N.Y. student had been accepted to all eight Ivy Leagues. Enin may be joined on the hallowed Quadrangle by standout Washington, D.C. student Avery Coffey, who was himself accepted to five different Ivies this year, including Harvard.

The record number of Crimson co-eds specifically this year both directly and indirectly addresses issues of race faced by the college previously. Last month, Harvard's Black Students Association highlighted what they felt were some of the continuing myths and stereotypes around black identity in the "I, Too, Am Harvard" project, found on Tumblr. The photo campaign "highlight[s] the faces and voices of black students at Harvard College...[which] often go unheard...."

That project, which quickly went viral, was related to a whole host of similar campaigns bringing attention to diversity issues and the impact of racial microagressions on campuses around the county and around the world. Generally, a consensus of these campaigns was that the Ivory Tower is still fairly ivory. While a small step in the right direction, let's hope Harvard's increasing diversity does indeed signal the beginning of a trend, not an aberration.