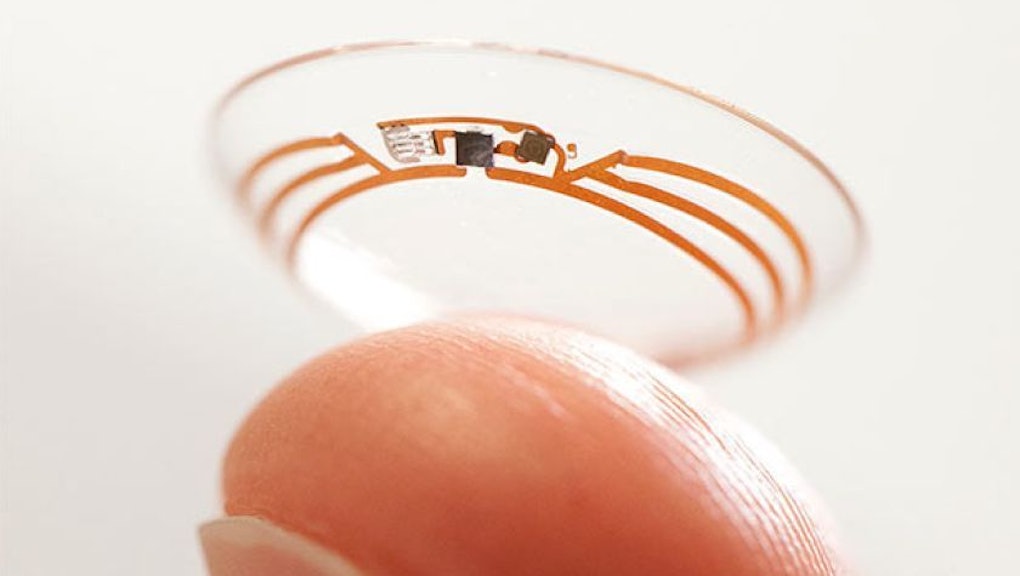 Google Is Inventing a New Device Straight Out of 'Star Trek'

Not content with ruling basically the entire Internet, Google now is apparently planning to become a physical part of you. New patents show that Google is already ruminating on Google Glass' follow-up, and it's the logical next step: Google Contacts.

The device won't just measure blood sugar in diabetics. The new patent application makes clear that the lenses will house an integrated camera that takes photos using a special blink pattern, then transmit the images to a connected device.

Patent Bolt has a pretty good breakdown of the specs, but to summarize:

- The device, a thin image capture camera component, can be put onto a contact lens without "substantially" affecting its thickness.

- It will be unobtrusive to the user's vision and follow their gaze (since it's mounted on a contact lens.)

- "... image data can be processed to detect light, colors, pattern of colors, objects, faces, motion or any other suitable information," meaning it could be used for any number of purposes like surveillance or data collection.

- The contact lens could, in fact, host more than one camera.

- Blind people could use the device to aid them in their daily lives; the image analysis component running on another device could, for example, identify an oncoming vehicle at a traffic intersection. It could also identify people who the visually impaired encounter on a regular basis, aiding in conversation and recognition.

- For users with healthy vision, "processed image data can be presented on a display integrated into contact lens." The new device could then essentially be used as an integrated heads-up display. Depending on the quality of the camera, it could also make binoculars obsolete, among other purposes.

Though the device is still just a patent, meaning it's about as close to reality as Blade Runner, Google's exploration of innovative new technologies show it's serious about examining the future of mankind as cyborgs — people who rely on both our own fleshy bodies and integrated mechanical augments throughout our daily lives. Decades from now, you could be relying on Google Contacts almost as much as you do your own eyes.