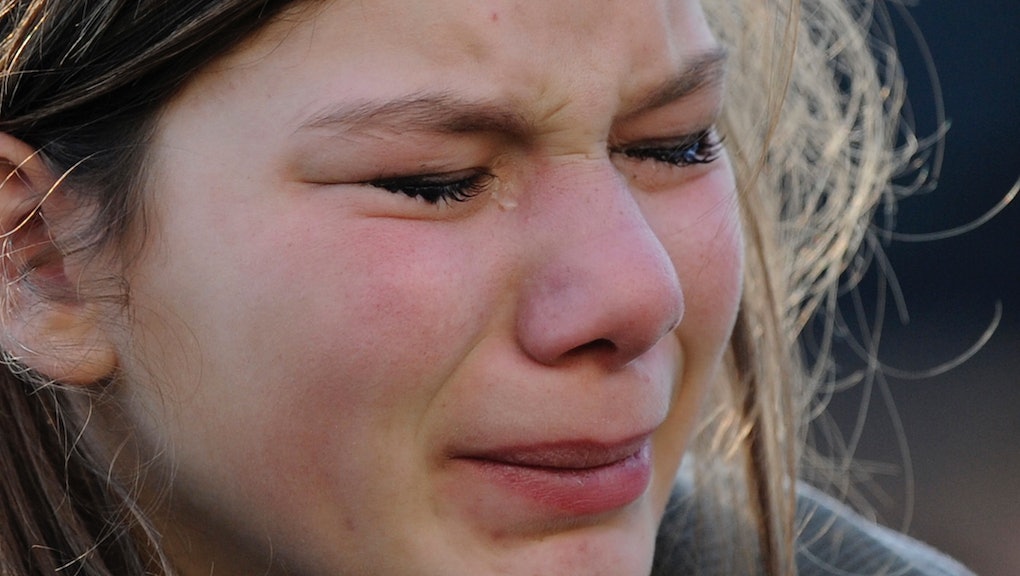 The news: An incredible study coming out of the U.K. indicates that childhood bullying can affect the victims well into adulthood — even 40 years on.

For decades, a research team at King's College London has been tracking a group of 7,771 people from England, Scotland and Wales who were all born in the same week in 1958. At age 7 and 11, their parents were asked to provide information on whether the children had been bullied. More than one in four had occasionally been bullied, while 15% were bullied frequently. Then later in life, the participants were asked to check in periodically and provide feedback on their health.

What the researchers found was shocking: At age 50, those who had been frequently bullied as a child were much more likely to have depression, anxiety, suicidal thoughts and poor physical health than those who were not. In addition, they were less likely to have higher education degrees, high-paying jobs, romantic partners or social support. Even when childhood intelligence levels were taken into account, these adults also scored lower on cognitive IQ tests. In general, they reported lower quality of life and satisfaction.

"The impact of bullying is persistent and pervasive, with health, social and economic consequences lasting well into adulthood," said Ryu Takizawa, the lead author of the paper.

The physiology of bullying: Participants were tested for "psychological distress and general health at the ages of 23 and 50, for psychiatric problems at 45 and cognitive functioning, social relationships and well-being at 50."

Those who experienced frequent bullying had not only social and mental health problems, but poorer physical health and signs of early aging as well. Researchers see this as evidence that "bullying really gets under the skin and affects the biology at a cellular level."

This discovery is in line with other studies which have shown that children who experienced early difficulty — poverty, abuse, violence, institutional care — were more likely to suffer from poor health. Their environments had caused damage to their genetic material: Those from unstable backgrounds had shortened telomeres, which protects DNA from harm and is an indicator of age and health.

"When we compared the effects to other childhood adversities such as being put in care, abuse by an adult or neglect, it is of the same scale. It is should be put in the same bracket," said Louise Arseneault, a senior author of the study. "Some children will be set on a pathway towards problems for the rest of their lives. We need to take bullying seriously and do all we can to prevent it and help those children when it does happen."

The next steps: Arseneault believes the life-long repercussions of bullying can be prevented with early intervention, and that the only way that can happen is if adults take it more seriously. "We need to move away from any perception that bullying is just an inevitable part of growing up. Teachers, parents and policy-makers should be aware that what happens in the school playground can have long-term repercussions for children," she said.

Certainly, the decades-long nature of this study lends credence to the idea that bullying is not an experience that is limited to childhood; like any other early trauma, it has the potential to have long-term consequences on a person's life. Researchers now hope to find more biological data to support their claim; if victims of bullying end up having shorter telomeres as well, it will provide genetic evidence that they are at a physical disadvantage for the rest of their lives.