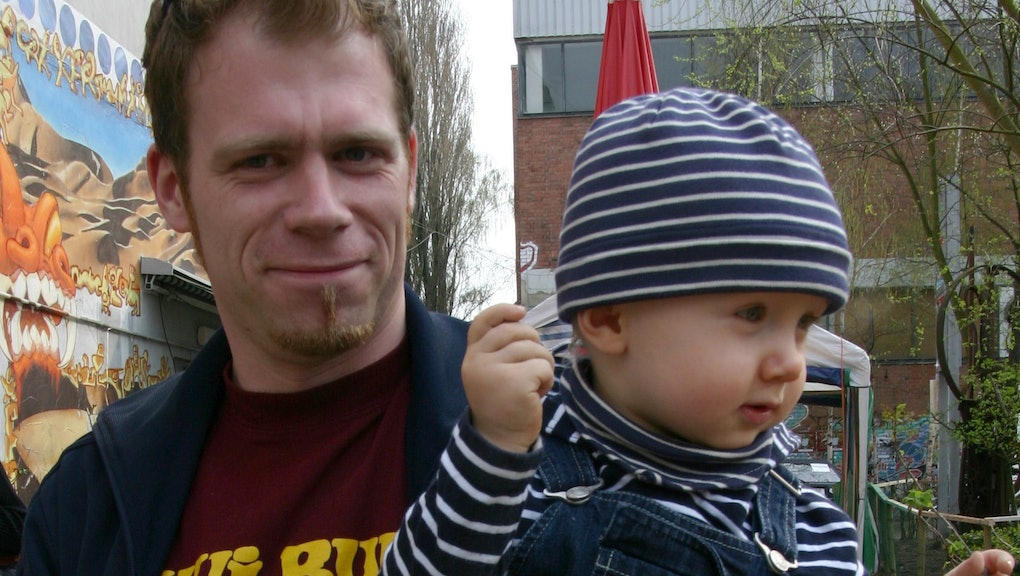 Even though women now graduate with advanced degrees at a higher rate than men in the United States, they are still grossly underrepresented in boardrooms and in higher tax brackets.

So, where can the U.S. find solutions? One good place to start might be Norway. It's developed a plan that's changed the culture of child-rearing and gone hand in hand with a sharp decline in the gender pay gap.

If we want women to have equality in the workplace, we have to share the responsibilities in the home better.

In 1993 the country became the first in Europe to introduce a federally-regulated paternity leave quota, with a twist. Out of the total paid parental leave allotted after childbirth, a special 10-week quota was allotted for fathers that could not be transferred to mothers. Norwegian official Audun Lysbakken explained to the Guardian that the quota did more than guarantee fathers time off; it changed their attitudes about gender and child-rearing:

"A few years ago this would have been fairly controversial ... But today it's quite the opposite. Now not taking paternity leave would be controversial. In 20 years people's mentality has really changed. Norwegians think it normal for fathers to spend time with their children. If we want women to have equality in the workplace, we have to share the responsibilities in the home better."

While "Daddy leave," or pappapermisjon, remains a controversial policy in Norway, since many conservatives believe the quota is too socially constricting, one thing cannot be disputed: In the 20 years since the policy was first passed, Norway's gender wage gap has been slashed in half. In 1991 the gap loomed right around 20%, and in 2010 it had fallen to 8.1%.

In the U.S., depending where you look, you can find different figures arguing about just how much less women make than men. Some, including the White House, say that women make 77 cents to the dollar. Others cite a higher percentage, controlling for the average time women spend working compared to men. However, discounting money lost to the "time spent off the job" variable is problematic because the primary reasons women work fewer hours are largely due to child-rearing responsibilities.

Norway's policy on parental leave addresses this in a creative way. According to the Pew Research Center, global figures show that more paid parental leave is actually linked to a higher wage gap. This is because overwhelmingly, it is the mother that will be staying at home. But rather than meaning parental leave should not be offered, men should at least be given some incentive to take time off as well, and not be able to just transfer that time to mothers, as Norway has figured out.

It may seem counterintuitive, but changing attitudes and expectations so that employers find it just as likely that both men and women will take parental leave can benefit working women, even single women with no children, in a few important ways:

1. The burden will not completely fall on a woman to stay home after a child is born.

2. Attitudes about child-rearing will shift when it becomes more common for men to take paternity leave, so even in the years following childbirth, women will be pulled away from working "third shift" responsibilities less frequently, giving them the opportunity to work the same number of hours as men over their career.

3. Employers will not pass over women for promotions, increased responsibilities and, subsequently, pay raises because of the fear that she will have to take off to have a child down the road. Both men and women will be taking time off if and when they have children.

4. Currently men see taking paternity leave as a risk, even if it is offered, because it is as commonly used as maternity leave. This will change, because employers will know that policy requires fathers to take a portion of total parental leave weeks.

Parental leave in the United States is currently an uneven system. Generally, employers are not required to offer paid leave at all. (However, if they do, they have to offer it both mothers and fathers or risk a discrimination lawsuit.) Currently only four U.S. states have policies on the books for at least partially paid paternity leave. A federal change in policy, or at least a sea change at the state level, could go a long way in bringing the U.S. closer to the progress women seem to be enjoying in Norway and ensure both mothers and fathers are supported in taking care of our nation's greatest resource: our kids.

It'd be a big win for America.