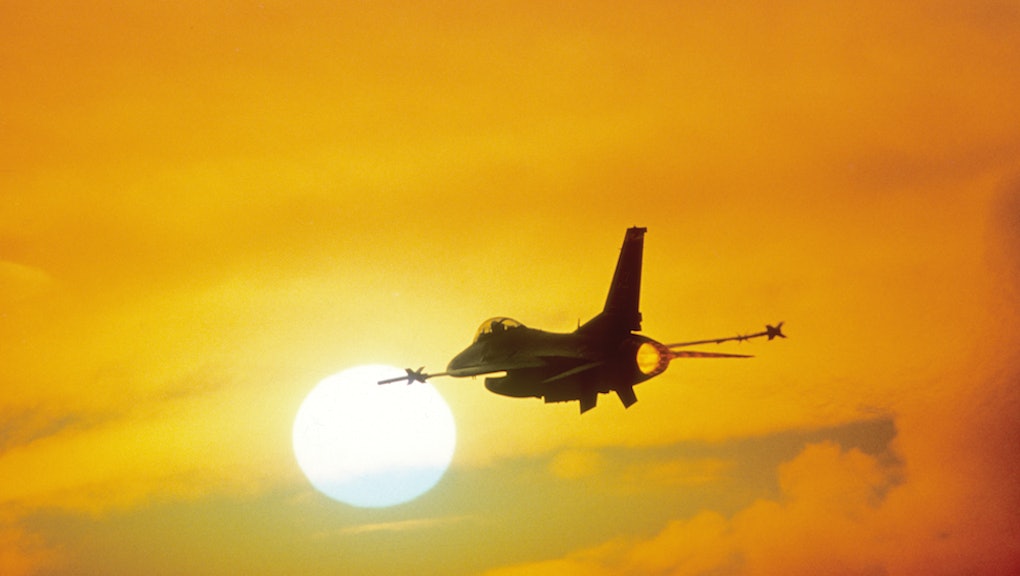 Top Military Commanders Have Declared Our Biggest Threat, and It's One We're All Ignoring

For the U.S. military, climate change isn't just about sad-looking polar bears and declining biodiversity. It's a real challenge that has the potential to seriously destabilize nations and throw entire regions into conflict, potentially escalating into wars that will require new strategies and new technologies to win.

In a recent interview with the Responding to Climate Change blog, retired Army Brig. Gen. Chris King said that the military is extremely concerned about climate change.

"This is like getting embroiled in a war that lasts 100 years. That's the scariest thing for us," the general told RTCC. "There is no exit strategy that is available for many of the problems. You can see in military history, when they don't have fixed durations, that's when you're most likely to not win."

King pointed to regions like Afghanistan, Haiti, Chad and Somalia as places already suffering from conflict, famine and drought that would be even worse hit by a changing climate. With "extreme" levels of environmental risk and low coping capacity, such areas could be unable to build a "stable and sustainable condition that you can then build a social and political structure on."

We need to step up: And top naval commanders, such as retired Navy Rear Adm. David Titley, think it's important for the military to meet the challenges of global climate change. The former admiral told Slate's Eric Holthaus that the military establishment thinks it's one of the biggest long-term planning issues that needs to be handled.

"Climate change did not cause the Arab spring, but could it have been a contributing factor? I think that seems pretty reasonable," Titley comments.

"Let me give you a few examples of how [climate change] might play out ... [Here's one:] We basically do nothing on emissions. Sea level keeps rising, three to six feet by the end of the century. Then, you get a series of super-typhoons into Shanghai and millions of people die. Does the population there lose faith in Chinese government? Does China start to fissure? I'd prefer to deal with a rising, dominant China any day."

Recognize: Titley also has a few choice words for the majority of Americans who aren't concerned about climate change — which is about 65% of the country — saying they're being misled by a "libertarian agenda that tried to convince the public the science was uncertain."

"Where are the free-market, conservative ideas?" he asks. "The science is settled. Instead, we should have a legitimate policy debate between the center-right and the center-left on what to do about climate change. If you're a conservative — half of America — why would you take yourself out of the debate? C'mon, don't be stupid. Conservative people want to conserve things. Preserving the climate should be high on that list."

It's not just words. The Navy for one has taken serious action to adapt to the future challenges of climate change and fuel scarcity, developing renewable seawater-based fuel for its warships. The Department of Defense views climate change as a very serious factor in future risk assessments. Military bases will deploy three gigawatts of renewable energy by 2025, enough to power 750,000 homes.

The military's attention to sustainability and adapting to climate change isn't alarmism — it's the bare minimum it needs to do to prepare for a likely crisis. The UN's International Panel on Climate Change recently concluded with "high confidence" that sea level changes, droughts, heat waves and other extreme conditions provoked by a changing climate pose serious risks to stability across the globe. Increasing CO2 levels in the atmosphere, left unchecked, are poised to deal serious damage to the globe. The military realizes this and is taking steps to avert what disaster it can. When will the rest of us catch up?