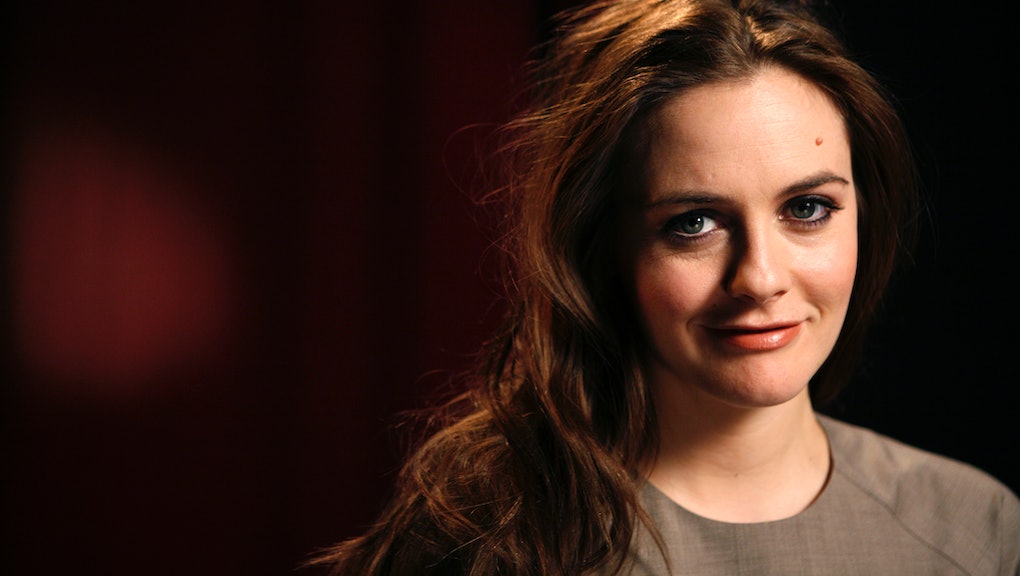 The news: While Jenny McCarthy continues to shy away from her role as the anti-vaccination movement's de facto mouthpiece, other B-list celebrity has apparently stepped up to the plate. Most recently, the honor's gone to Clueless (and now clueless) star Alicia Silverstone. After conquering the of role Batgirl in Batman & Robin (that's the one with all the nipples), Silverstone moved to television and later became a proud mother and accomplished author ... it's that last role that's gotten her in some hot water.

Silverstone's new parenting book, The Kind Mama, builds on her three years of experience as a mother to relate a bunch of vaguely New-Agey, mostly-silly tips on raising children — including that it's better to let them poop outside in the yard and that parents should pre-chew their kid's diet. But it's also chock-full of harmful misinformation such as the claim that vaccines consist of "aluminum and formaldehyde" that leaves children "never the same."

"While there has not been a conclusive study of the negative effects of such a rigorous one-size-fits-all, shoot-'em-up schedule, there is increasing anecdotal evidence from doctors who have gotten distressed phone calls from parents claiming their child was 'never the same' after receiving a vaccine," Silverstone writes. "And I personally have friends whose babies were drastically affected in this way."

Ugh, as if: It doesn't take a genius to read between the lines here (spoiler alert: it's autism). Silverstone's anti-vax assaults are no less misinformed because they simply point to unspecified horrors rather than single vaccines out as the cause of a specific condition. There's no evidence that vaccines can lead to conditions that leave a child "never the same," and the "one-size-fits-all, shoot-'em-up schedule" Silverstone decries has the full backing of the medical community, including the Center for Disease Control. Studies show receiving multiple vaccines has "no harmful effect on a healthy child's immune system." And the implication that her "anecdotal evidence" is somehow more convincing than hundreds of years of medical research is just not worth addressing.

As Salon's Mary Elizabeth Williams points out, Silverstone's weird-sounding parenting quirks ultimately fall under her rights as a parent, so long as she doesn't end up harming her kids. But when she's spreading straight-up mistruths about science to others under the guide of parenting advice, Silverstone is putting the welfare of others at risk. Williams write:

"Look, if Cher Horowitz wants to pre-chew her toddler's food for him, I say, whatever works. If she wants to teach her kid to poop in the yard, good for her. And if she's raising her child on a vegan diet and it's working for them, they can knock themselves out. But when she starts spouting nonsense in the form of advice "you might want to consider," "just to give you information," then she's actually becoming a problem."

Self-medication: Silverstone also claims she's never given (and will never need to give) her son "a drop of medicine," because his body is a "super-clean, healthy machine" that "can defend itself against and flush out all the nasty stuff much more quickly than a baby whose diet isn't as kind." Ditch the docs, because following her advice will "show you the way to have a luminous, present, ailment-free pregnancy." And who needs medical specialists? Silverstone says reading her book can "help prevent or even cure your PMS, insomnia, allergies, breakouts, weight struggles, thyroid condition, lupus, multiple sclerosis — while significantly lowering your risk of heart disease, diabetes, and cancer."

As Williams notes, Silverstone's also given space on her person website, The Kind Life, to pediatrician Jay Gordon, who mostly has the distinction of being Jenny McCarthy's son's doctor. Gordon doesn't believe in the efficacy of vaccines and claims, without any evidence whatsoever, that 99% of pediatricians don't feel parents should have a voice in vaccination.

These kinds of wild-eyed claims aren't new to the anti-vax movement and its associated cadre of hucksters, but that doesn't mean they're any less dangerous. Just look at measles' stunning comeback tour in New York City. No matter their intentions or motivation, anti-vaxx truthers are nothing but trouble.