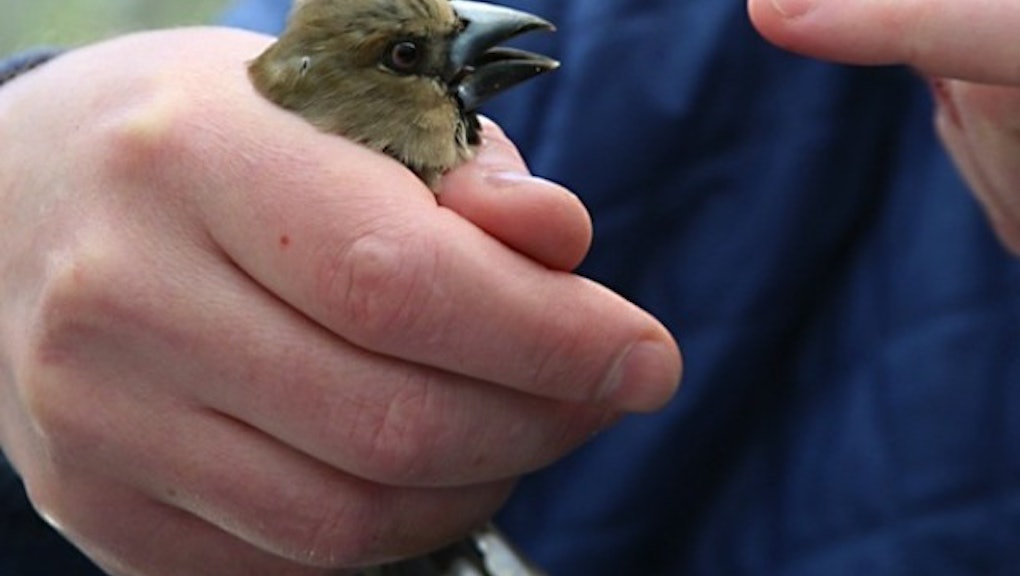 On April 26, 1986, the world experienced the worst nuclear disaster in history. The explosion at Chernobyl nuclear power plant in Ukraine killed 31 and spread radioactive particles throughout USSR and Western Europe — the effects of which are still not completely understood. The fallout has created a haunting landscape around the surrounding areas, but for the animals that survived, there's been an unintended yet interesting effect.

In the 28 years that have passed, birds have learned to not only survive, but to thrive on the radioactive land. Though long-term radiation exposure usually damages cells with free radicals, researchers have found that birds in the Chernobyl exclusion zone were in much better condition than expected.

Why this is important: Theoretically, prolonged exposure to radiation can force humans and other organisms to adapt and even build resistance to larger, heavier doses. But this idea has only been tested in laboratory settings — until now.

Chernobyl's unprecedented disaster has accidentally created an ecological laboratory where scientists can see the real-world effects of radiation exposure. For this study, researchers took blood and feather samples from 152 birds from 16 different species at eight sites around the Chernobyl exclusion zone — something that could never be replicated in a confined laboratory.

What the researchers discovered can prove to be key in understanding the effects of radiation exposure on living organisms. For instance, they found that birds with more melanin in their feathers were in poorer health. The production of pheomelanin, a type of melanin, was using up all the antioxidants in the birds' bodies, which should have been used to fight ionizing radiation.

While the two species that produce a lot of pink pigment in their feathers — the great tit (Parus major) and the barn swallow (Hirundo rustica) — failed to adapt well to their surroundings, the other 14 species did not waste their antioxidants on melanin and evolved to absorb and fight radiation in a more effective way.

And that's not all. Birds are far from the only animals that have survived in the Chernobyl exclusion zone. The post-nuclear area is teeming again with wildlife, with animals reclaiming the territory that has been abandoned by humans. Wolves are at the top of the food chain, and they have become a key indicator of the health of the ecosystem: If wolves are doing well, then so must their prey populations.

These kinds of studies help us understand not only what happened at these specific disaster sites, but also what can happen in similar situations in the future. By increasing our understanding of radiation exposure, we can be better equipped and prepared for potential disasters like Chernobyl and Fukushima.