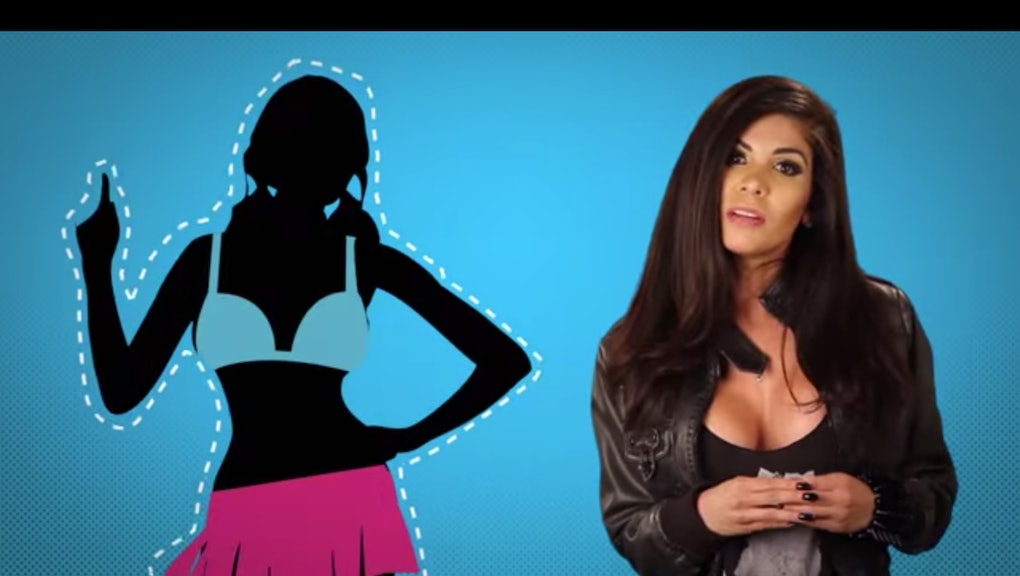 Monday's example of "the tech world alienating women" comes to you courtesy of CodeBabes, a new website that claims to offer coding lessons given by barely clothed women. The site's premise is so ridiculous it's still unclear whether the whole thing is a very elaborate prank. But either way, the CodeBabe's stripper-infused brand of sexism is leaving few people laughing.

"Want to code but having trouble paying attention?" a woman wearing a very low-cut top asks in the site's promotional video. Running her hands down her body, she says: "Welcome to your solution."

Sadly, CodeBabes is just the latest example of tech culture ignoring, alienating and insulting women. While the issue of sexism in tech is a complicated one, drawing more drooling men into bro-gramming isn't going to help anyone.

Perhaps attempting to follow the site's instruction "not to take this too seriously," so far reactions have been a mix between horror and humor, like the parody website Code Dicks.

Still, it's hard to laugh off CodeBabes when just 3% of startups are founded by women, 12% of tech companies' engineers are women, the percentage of female computer science undergraduate students has halved since the 1980s and when one-third of senior leaders in science, technology and engineering fields don't believe a woman would make it to the top in their companies.

This is often called a pipeline problem: If women aren't getting interested in the STEM subjects and learning to code at a young age, then it's no surprise that they aren't making it to the higher echelons of Silicon Valley later on in their careers. That's why companies like GoldieBlox and Girls Who Code are working so hard to make engineering seem more appealing to young women who might otherwise be turned off by the Code Babes model and the generally unwelcoming technology industry that birthed it.

CodeBabes hasn't replied to several media outlets asking for comment, but it doesn't really matter, anyway. As Amanda Levendowski points out on her blog, "Not knowing whether a site like this is fake is a problem unto itself: We live in a world where it is conceivable that someone could have an idea for this website, build it, and publish it to the public."

And once again, trusty old Twitter proves that sites like CodeBabes aren't just bad news for the women of Silicon Valley — they're bad news for women everywhere.