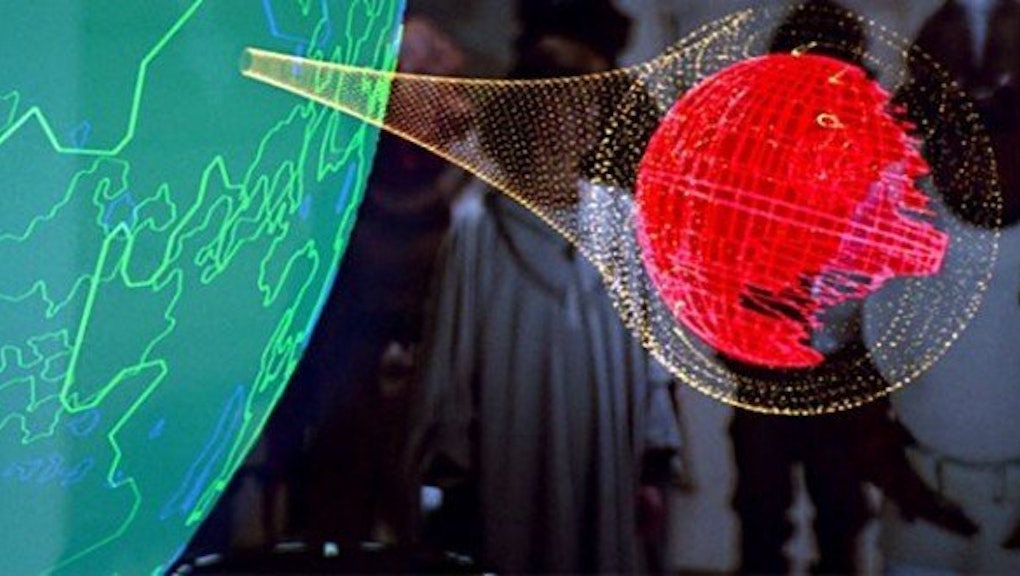 May the 4th be with you! In honor of Star Wars Day, here are seven exciting technologies straight out of Star Wars that scientists are working to make a reality.

Scientists at Harvard and MIT have created a medium in which photons behave like they have mass and from which they emerge bonded into a molecule — in layman's terms, they've built a lightsaber.

"It's not an inapt analogy to compare this to light sabers," Harvard physics professor Mikhail Lukin told the Harvard Gazette. "When these photons interact with each other, they're pushing against and deflecting each other. The physics of what's happening in these molecules is similar to what we see in the movies."

But before you get all excited, remember there's probably a good reason the Army doesn't sword fight anymore:

Physics students at the University of Leicester created a working theoretical model for "deflector shields," functional energy shields that prevent light (think a laser) from passing through. Using current terrestrial technology used to generate magnetic fields, the students claim that a device capable of deflecting visible lasers with a plasma shield is already technically feasible. It would also have the consequence of absorbing mundane visible light, meaning anyone steering a ship with the technology would need to navigate using ultraviolet vision. But fortunately, it would at least have "no adverse effects" on mammals.

HP Labs' Leia display uses a system of diffraction gratings to produce 64 versions of an image, allowing a user to move around an object shown on the display as if it was in the room with them. The end result is 3D images that can be seen without special glasses and from any angle, effectively making holochat a reality. Other competitors include Holo, which projects a 55-inch 3D image within a diamond.

The only caveat? Holo is currently the size of a room, taking up 27 square feet of floor space and standing at eight feet tall. Eventually the developers plan to release a desk-sized version.

DARPA personnel are constructing advanced prostheses to assist wounded soldiers, like this mechanical arm worn by veteran Fred Downs Jr., who was injured by a landmine in Vietnam. Operated through a combination of foot movements, the elbow, wrist and fingers of the arm can perform several predetermined functions — like giving a thumbs up.

Using facilities at the University of Louisville's engineering school, Surgeon Erle Austin was able to 3D-print a replica of 14-month-old Roland Lian Cung Bawi's heart. The model allowed the surgical team to develop a precise plan to limit the amount of incisions the child would need to undergo during a critical surgery, reducing the operating time and need for followup operations.

The model was built two times actual size for clarity, and took just 20 hours and $600 in raw materials to print.

The hulking "Atlas" robot won't be carrying lasers into battle (yet), but is at least able to sift through rubble and wreckage to find survivors from disasters like building collapses and explosions. The 6-foot-2-inch robot is an entrant into DARPA's project to build a man-like life-saver machine, with the intent of eventually creating a robot that can climb ladders, open doors and carry objects. And eventually, invade Naboo.

OK, it's not a landspeeder. But maglev trains like the Shanghai Transrapid use high-powered magnets to levitate just above the train tracks, allowing them to move in excess of 360 mph in test runs. Maglev trains are far more expensive than traditional trains, but are much cheaper to maintain and have lower operating costs.