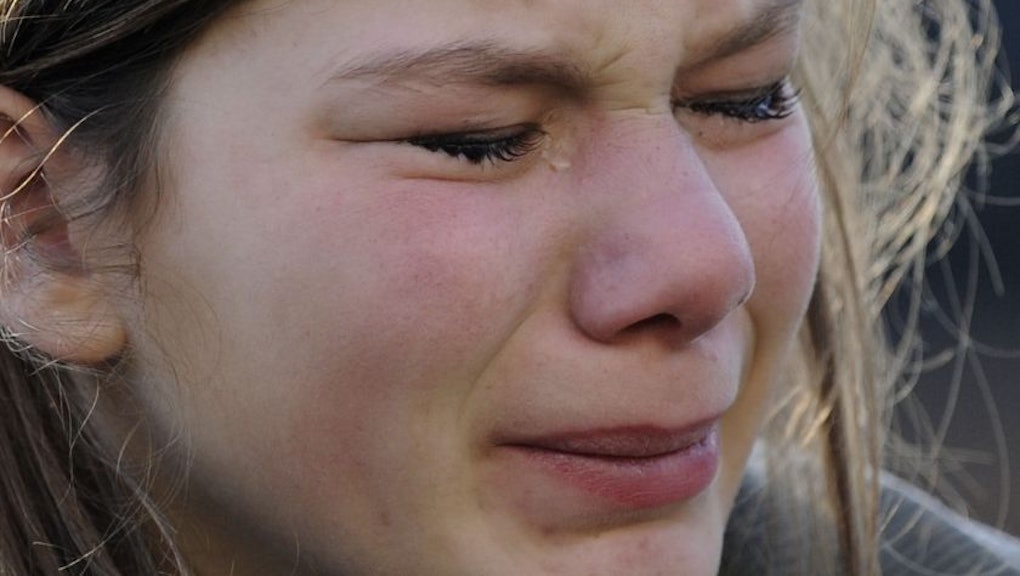 A California City Just Took the Harshest Stance Yet Against Bullying

The news: When people think about bullying, it usually involved playground spaces and high school hallways. But should the conversation stop there? While it's important to protect minors from the harmful effects of bullying, another question remains: Can young adults be bullied as well? And should they be protected in the same way that children are?

The city of Carson, California took a radical step on Thursday when its city council unanimously voted to criminalize bullying. Now, if you harass someone under the age of 26, you would be charged with an infraction or a misdemeanor, and your parents might be held partially responsible as well.

Under the new ordinance, harassment would be defined as "any conduct, whether verbal, physical, written or by means of any mode of communication" that causes a person to feel "terrorized, frightened, intimidated, threatened, harassed or molested and which serves no legitimate purpose." It would apply to victims from kindergarten to age 25.

"We're not talking about putting a 5-year-old in jail, we're talking about intervening in both the bully's life, who is a person who is hurting too, and the victim's life," said Carson Mayor Jim Dear, who is also a public school teacher. The measure will come up for a final vote on May 20.

The background: According to a report by the city council, 28% of Carson's students in grades 6 to 12 have been bullied, and that number is even higher among certain populations, "such as people who are obese, disabled, gifted or are in a sexual minority group." The council was reportedly moved to consider the new anti-bullying measure after reports of teenagers committing suicide after being bullied.

But the new ordinance is also calling for more studies and statistics to back up these claims. Recent studies have suggested that bullying may lead to lasting physiological and mental damage, and that students who have a history of being bullied are more likely to bring a weapon to school.

Will this work? Currently, there are no federal laws against bullying or cyberbullying, and California law limits punishment to school discipline. While the ordinance does have its supporters, others are criticizing it for going too far. As the Los Angeles Times' editorial board points out, "there's too much leeway for turning everyday childhood taunting into a case for the prosecutor's office," noting:

"Children who make the lives of others miserable shouldn't get away with it. But Carson would be better off hiring a trained civilian intervention officer to visit both families in cases of serious bullying, to advise victims of their rights under existing laws and to try to mediate agreements and change behaviors. Children often escalate problematic situations, but adults should resist the temptation."

But Carson's ordinance is not unprecedented. Last May, Maryland Governor Martin O'Malley signed a measure to make cyberbullying a misdemeanor wherein violators can be fined $500 or face up to a year in jail. Florida is also considering a similar legislation called Rebecca's Law, which would charge common bullying as a misdemeanor and aggravated bullying as a third-degree felony.

These measures will have to contend with the delicate balance between bullying prevention and prosecutorial overstepping. The instinct to protect bullying victims is completely understandable and even laudable — but charging every incidence of bullying with a crime might be too simplistic a solution.