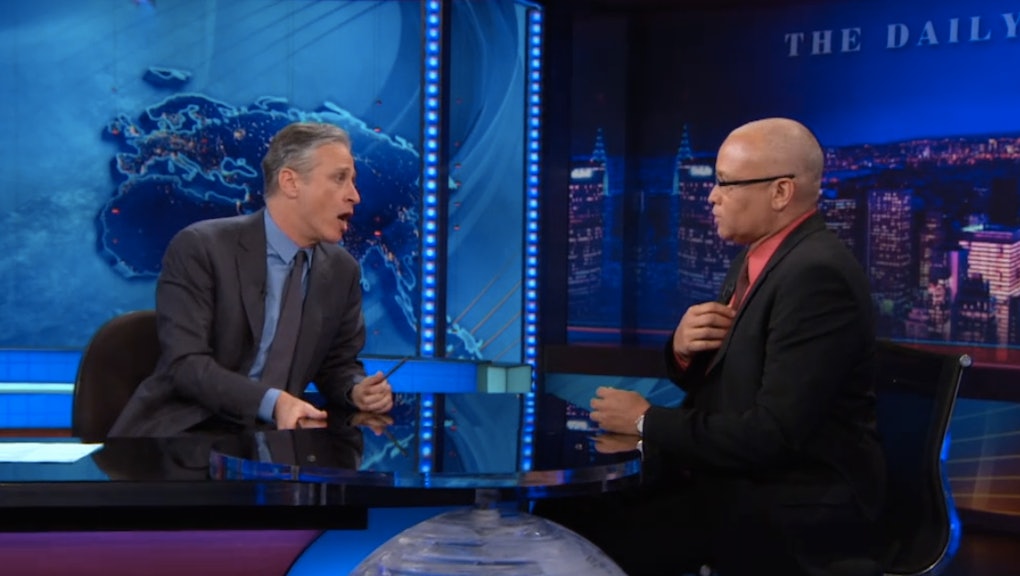 We Just Learned Who's Taking Over for Colbert, and It's Not Who You Were Expecting

The news: It's been a tumultuous few months in late-night TV land. Jimmy Fallon and Seth Meyers are in, Chelsea Handler and Craig Ferguson are out, the iconic David Letterman is being replaced by Stephen Colbert and now we know who's succeeding Colbert's own post: Larry Wilmore.

On Friday, Comedy Central announced that starting next January, the 52-year-old Wilmore will host a program called The Minority Report. Jon Stewart, who currently serves as Wilmore's boss on the companion program The Daily Show, will be an executive producer on the new show, just as he was on Colbert's.

Here's what you need to know about Wilmore. In 2006, the comedian hit the national limelight — and made inroads at Comedy Central — through his gig on The Daily Show, where he serves as the "senior black correspondent." He's used his dry wit to provide pointed commentary on race issues, as showcased by this segment on the Donald Sterling scandal:

But his resume before his time on TDS is also impressive. Wilmore has previously written for In Living Color, The Fresh Prince of Bel Air and The Jamie Foxx Show, and was a co-creator of the Emmy-winning The Bernie Mac Show and a consulting producer on The Office. He is also the showrunner for Black-ish, a new show that was recently greenlit by ABC, but he's expected to step down from this post later this year.

He is not shy about facing race head-on. It's no coincidence that his new program will be titled The Minority Report. Comedy Central is making it clear that Wilmore will be a breath of fresh air in late-night TV's line-up of middle-aged white guys.

In a press release, the channel announced that Wilmore's show will "provide viewers with a distinct point of view and comedic take on the day's news from a perspective largely missing in the current late night landscape" and "feature a diverse panel of voices currently underrepresented in comedy and television."

According to the New York Times, it was Stewart's idea to shake up the late-night scene after Colbert's departure by giving the slot to an underrepresented voice. Other than Arsenio Hall, whose show runs in syndication, Wilmore will be the only nonwhite late-night host.

Was anyone expecting this? Well, based on all the lists going around the Internet the past few weeks: no. Everyone from Entertainment Weekly and the New York Post to SplitSider and even PolicyMic ourselves neglected to even mention Wilmore's name. Even when the discussion involved pulling from the current Daily Show talent pool, Wilmore's was hardly ever considered. But based on his impressive resume, unique style and incontrovertible comedy chops, the egg's on our face for forgetting about him.