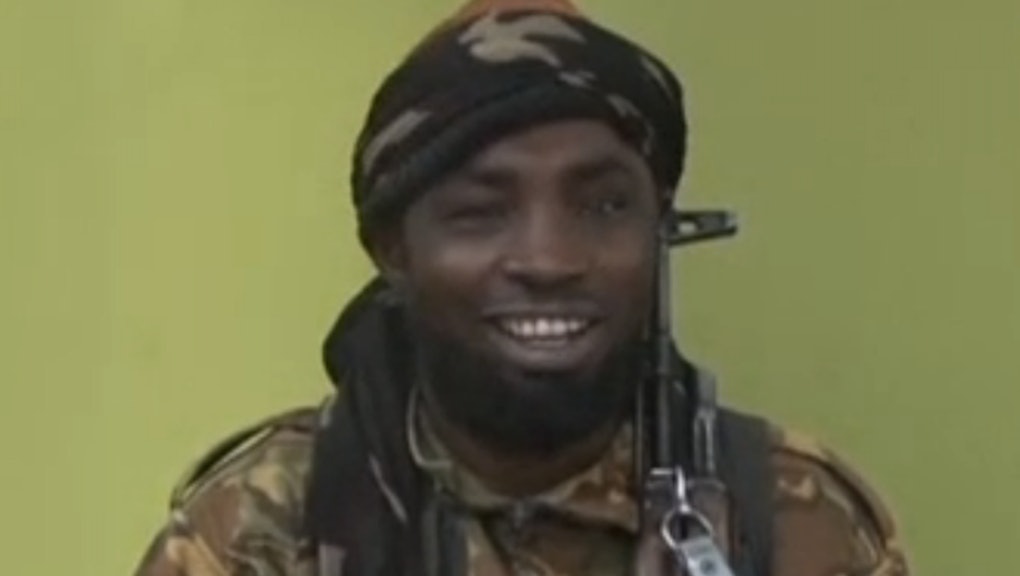 To Understand Boko Haram, The West Must Look More Closely At Itself Than At Nigeria

On the surface, this appears to be a story about religion: a violent, extremist group with a deep-seated hatred of western education and women.

But it is hardly that simple, as is usually the case with such stories.

Boko Haram, a terrorist organization that operates mostly in Nigeria, has sparked international outrage after kidnapping more than 300 schoolgirls (276 remain in captivity) in Chibok about a month ago.

Members of the group have justified their insurgency in Nigeria using religion and Jihad, which has been a running theme in the news. Coverage is peppered with the word "Islamist," a broad term typically used to describe Boko Haram and their offshoots, like Ansaru.

In an earlier video released by the group, Boko Haram's leader, Abubakar Shekau, threatens to sell off the schoolgirls. "I abducted your girls," he says. "I will sell them in the market, by Allah. I will sell them off and marry them off."

Shekau seems to check all of the boxes for how jihadists are sketched in the western mind: In both videos he's seen passionately making his brutal demands while brandishing a gun, making pundits like Ayaan Hirsi Ali and Bill Maher quick to use the tragedy to drum up fears about Islam as a global threat.

The situation has even been framed as a division between the country's Muslim North, where Boko Haram operates, and the Christian South.

However, this story isn't about a holy war. After all, many of Boko Haram's victims are Muslim civilians and even Muslim clerics. It's estimated that Boko Haram has killed close to 4,000 people since 2009. Boko Haram's terror campaigns in the North pave the way for displacement, with more than 300,000 people displaced since 2013, most of them Muslim.

But if this isn't a cut and dry story about a so-called Islamic insurgency, what is it? Rather than being inspired by some concept of global Jihad, Boko Haram's insurgency — and indeed, their hatred for the West — can only be understood through a lesson in the country's colonial history.

A tale of two Nigerias

The borders of today's Nigeria were drawn by the British, amalgamating former autonomous and independent nation-states from the North to the South into one nation. British rule manifested itself differently in both regions and shows in the stark contrast between the North and the South that still exists today.

Back in the late 1800s, European powers were rushing to carve up the "magnificent African cake" for its rich natural resources, expanding territory as quickly as possible. Though Britain officially colonized Nigeria from 1900 to 1960, its presence was felt in the region as early as the 1800s.

The expansion of British colonial rule in the North cultivated resentment among the local population. Locals viewed what was happening as a vehicle for western evangelism and control of their land, culture and customs. But that resentment wasn't limited to the British: It extended to the region's elites and leadership who allowed the British to have absolute authority and administrative power in governing the region in order to maintain their titles.

Eventually, many locals in the North rejected western ideals thanks to distrust brewed by both of these groups.

In contrast, western ideals were better received in the south of Nigeria, where British missionaries focused their efforts. They succeeded in converting the region's people from their indigenous beliefs to Christianity. Unlike the North, southern Nigerians readily adopted Anglophone names and traditions.

In the South, the British built schools, roads and infrastructure, none of which appeared in the North, or at least not to the same extent. In turn, southern Nigerians were more accepting of western education, which Boko Haram so vehemently rejects.

Northern and southern Nigeria were eventually merged in 1914, creating a single nation with two very different economic realities; the North's poverty rate is estimated to be 80% today. While news reports reference Boko Haram's vehement rejections of westernization, it's important to remember that these long-harbored feelings didn't magically appear and British colonialism is the reason that these feelings exist in the first place.

A country in conflict

Transparency International ranks today's Nigeria, led by President Goodluck Jonathan, as one of the world's most corrupt nations — 144 out of 177, according to a 2013 report.

But corruption has a long-running history of sparking conflict in the country.

Back under colonial rule, and after Nigeria gained its independence in 1960, the North experienced frequent uprisings and clashes in response to both the British and corrupt leadership, helping foment anti-western feelings in the North. In the colonial era, there was a Mahdist uprising in Sokoto that planned to expel the British colonialists. The uprising was suppressed by British forces and British-appointed rulers. After independence, riots and clashes occurred through to the '80s across many northern Nigerian cities that left thousands dead.

A lack of economic development, combined with rampant corruption, helped set the stage for the ideological predecessors of Boko Haram, which was founded by a man called Mohammed Yusuf in 2002. Initially a non-violent movement, Boko Haram was created in protest against Nigeria's rampant corruption. The group eventually turned violent in 2009.

But long before Boko Haram, back in the 1970s, a radical Islamic cleric named Mohammed Marwa, better known as "Maitatsine," gained a huge following within the country, particularly with disaffected Muslim youth. Maitatsine sparked strife across the country with his teachings by directly attacking the police and politicians he felt weren't doing enough for their communities. His words resonated with the poor and disenfranchised Muslims on the margins of society. While Maitatsine died in 1980 from injuries he sustained in a clash with the police, the riots, uprisings and insurgencies did not die in northern Nigeria and anywhere else Maitatsine had adherents.

Since gaining its independence in 1960, modern-day Nigeria has endured a long list of troubles: brutal military regimes, frequent ethnic clashes (usually falsely painted as being just about religion), the Biafra war, unabated kleptocracy and the ongoing exploitation of the Niger Delta by foreign nationals via gas and oil exploration.

Image Credit: AP. Shell was responsible for a large oil spill that devastated the Niger Delta in 2011.

While the level of violence waged by Boko Haram might be something Nigeria has never experienced before, their ideology — the one of rejecting the West in northern Nigeria — is not new and it wasn't incubated in vacuum. Due to the history of colonialism that bred distrust for the West, in northern Nigeria, many even reject vaccines.

This is the history of Nigeria and until we confront it head-on by acknowledging that there is a disparity between northern and southern Nigeria with regards to infrastructure development, education and health care, Nigeria won't be able to fix this problem.

Fast forward to today and it's easy to see how groups like Boko Haram can so easily recruit young men. More than a century of destabilization, poor infrastructure and corrupt leaders will leave generations aimless. According to the World Bank, Nigeria has a poverty rate of 46% and as long as the government fails to address issues such as high unemployment and poor education in northern Nigeria, Boko Haram will only continue to draw in members with promises of pay and food.

So while we eagerly await security forces' efforts to #bringbackourgirls, Nigeria needs to make sure that the girls are returning to safe communities, where employment and access to education for all is a priority, especially if they want to eradicate terrorism.