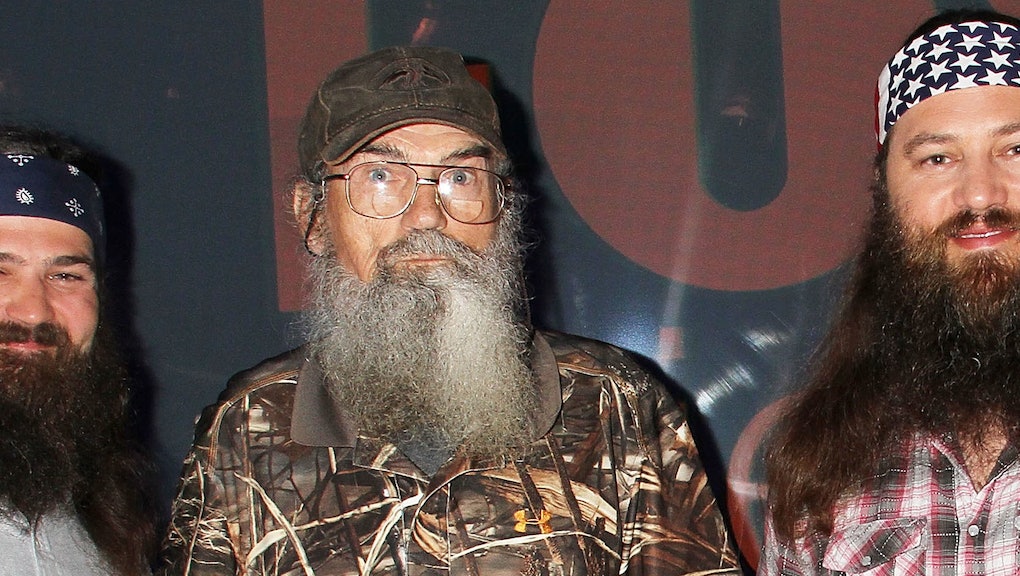 Guys Who Can't Grow Beards: Your Time Has Come

The canary is dead. Up until the end of last year, beards were trendy. But now, not surprisingly, it's trendy to talk about how they're not trendy. The hipsters have been thoroughly ridiculed, and even scientists have ominously predicted the demise of the beard.

Either way, the conversation has entirely missed a significant segment of the male population — men who can't grow beards. And it's high time we started acknowledging the plight of the Great American Beardless Male.

It may not seem harmful — those jokes mocking that friend who gets carded at age 27, or ridiculed when, after a week without shaving, he boasts no more than a faint line of stubble above his lip. It may seem innocent enough to poke fun at the follicly challenged, but the advent of the beard's popularity means the inability to grow substantial facial hair is much more than an inconvenience for some men — it's a source of frustration and even shame.

Lest we forget, men have body image problems, too.

A quick Web search yields results for beard-enhancing products in numbers akin to weight loss or muscle-builders. (My favorite example: the Beardilizer).

There are also multiple how-to guides (step one: Let it grow ) and countless online support groups for the chronically smooth-faced. Some men are even turning to testosterone to spur on stubble. The now heavily publicized $7,000 beard implants in Brooklyn, N.Y., are probably the most extreme examples of beard augmentation, and while the recipients are typically dismissed as hipsters being hipsters, they are actually a byproduct of a greater cultural pressure.

As this proliferation of beard products would suggest, the average guy now feels pressured to be not only taller, thinner and more muscular but to boast a sweet beard beard. Although insecurity over one's body image is generally framed as primarily a woman's issue, men suffer from similar self-doubt, going to extreme lengths to make their body more like the images portrayed in television and film.

There are various reasons why some men can't grow substantial facial hair, though it's mostly genetics. Most men have about the same level of testosterone, but those who are more sensitive to it are more likely to grow a fuller beard. In cases where testosterone is low, doctors can prescribe hormones, but taking extra testosterone when your levels are normal can have serious negative side effects, including acne, hair loss and even liver damage.

It seems silly to trade hair on top for hair on the chin, but that just proves the lengths some people will go to for the look. There are also skin diseases and conditions that limit beard growth, for which there are medications.

We apparently reached the era of "peak beard" earlier this year, at least according to a study by Rob Brooks, professor of evolutionary ecology at the University of New South Wales. Brooks' study found that "under experimental conditions at least, patterns of facial hair enjoy greater attractiveness when rare than when they are common."

But let me be the first to offer an alternative. Perhaps now is a perfect time to be the clean-shaven guy. Call it "classic" or "polished," this just may the your time to shine, my beardless brethren.

A beard is a healthy way for men to express their masculinity that doesn't happen at the expense of women. It also doesn't lead to insecurity issues for other men. But this argument actually bypasses an important point: while men who grow beards should feel guilty, it's unacceptable to ridicule those who can't.

Two of the key things to remember is that your smooth-faced friend may not want to grow a beard — or may not be able to. To ridicule him for his preference is inappropriate in its own way, but to make fun of him for the latter is pointless.

There's already too much unrealistic pressure on men to look like Gerard Butler in 300 — and it's at least possible to get a body (somewhat) like his. But a guy is in his 20s is not going to get taller or grow his beard any fuller, no matter the societal expectations.

A bright spot for all the permanently clean-shaven men? We haven't had a bearded president in just over 100 years, so clearly, the unbearded are doing something right out there. The beard craze may be far less insidious than some of the other ridiculous body image expectations placed on men, but it is a body image issue nonetheles. So let's all just be a bit more conscious, and a tad less ignorant, shall we? Because at the end of the day, no one deserves to feel self-conscious about their facial hair — and they certainly shouldn't be made to feel it in any way makes them less of a man.