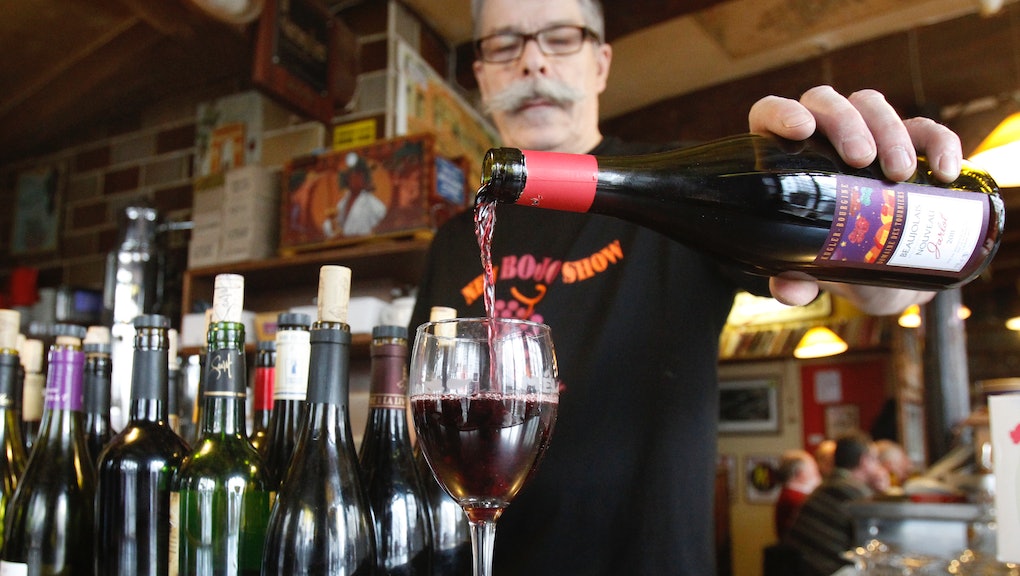 There's One Simple Way to Make All Your Wine Taste Better

There's a lot of scientific research on how music affects our brains. Music operates on us in the same way language does. Its rhythms unite us with powerful community feelings. It gets stuck in our heads. At every level, it shapes our decisions and our notion of reality. But one of the greatest testaments to music's power to alter our perception comes from a totally random place: How we lie about appreciating good wine.

It is time for us to admit collectively that we know nothing about wine. People who want to say they know something about wine seek the Court of Master Sommeliers where students have to go through four levels of examinations and reviews, each level weeding out the weak-palleted. On average, only about 25%-30% of their students are eventually eligible to take the Master Sommelier Examination itself, which has a passing grade of approximately 10%. Combine that with the fact that the tongue has long been deemed the dullest of our senses, relying heavily on eye sight (presentation) and sense of smell when determining if something tastes good, and the truth is evident: We have no idea what makes good wine. And it turns out music is helping us all pass as wine aficionados.

A recent study measured how people described the flavors of wine while listening to different types of music. These people were given different kinds of wine and then asked to assess their respective flavors. The researchers, however, gave subjects the same wine repeatedly while changing the background music. Unsurprisingly, their descriptions reflected the music that was playing in the background rather than playful hints of oak and shades of tobacco. Participants described the same white wine as zingy and refreshing when listening to Nouvelle Vague and mellow and soft when listening to Michael Brook. They said their red wine was both powerful and heavy or subtle and refined depending on if they were listening to Carl Orff's "Carmina Burana" or Tchaikovsky's "Waltz of the Flowers." In short, the participants had absolutely no idea what their wine tasted like.

Additionally, various studies have shown that background music played in stores directly influences which wine you purchase. When French music is played, people will buy French wine. Because the difference between Napa and Bordeau is sort of like the difference between Ke$ha and former first lady and pop chanteuse Carla Bruni, right?

It seems, too, that classical music makes customers spend more money on a bottle, and people go for the cheaper bottle when a Top 40 station is playing. Researchers say that's because classical music is coded in our minds as exclusive and refined, thus encouraging us to seek out expensive bottles of wine. An equally appropriate, albeit less scientific, explanation is that none of us has any clue of what actually differentiates one wine from another, but we can distinguish between Lil Jon or famed contemporary classical composer John Adams.

It may seem comical (it is), but it's also an overwhelming testament to one fundamental truth: Music defines our experience of life. It has the power to direct our attention, our feelings and our expectations. It's the reason we respond to films as powerfully as we do — why, in Pixar's Up, that quick montage of Ellie and Carl felt like a life's worth of emotions. That's because music isn't just a distraction, it's a way of teaching us to be in the world.

Sometimes, that means that it's a way of helping us order something other than the house wine and then pretend that we can describe it more exactly than "alcohol?"