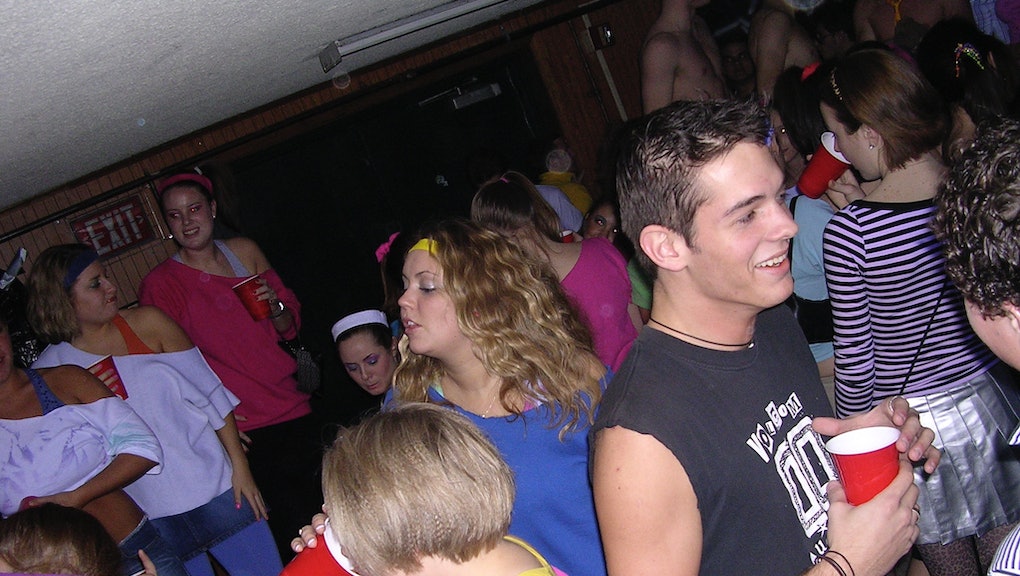 White privilege is a concept that far too many people misunderstand. These are the same people who argue that white privilege is made-up, that people of color and others who work to point out entrenched social injustice are just complainers.

People of color aren't unfairly discriminated against, the argument goes, they are just unwilling to work hard to get ahead. Or maybe it's their "inner city" mentality, to quote Congressman Paul Ryan.

But despite the wrongheaded belief that people of color are bootstrap pullers, structural inequality dictates that some people are beginning life sans boots. Peggy McIntosh explains the concept of white privilege as an "invisible backpack" of unearned rights and privileges that white people enjoy. "Privilege exists when one group has something of value that is denied to others simply because of the groups they belong to, rather than because of anything they've done or failed to do," reads a quote commonly attributed to Peggy McIntosh. "Access to privilege doesn't determine one's outcomes, but it is definitely an asset that makes it more likely that whatever talent, ability, and aspirations a person with privilege has will result in something positive for them."

Here are just a few of the things that are more or likely to be true if one happens to have been born white in America:

1. You are less likely to be arrested.

Research shows that white Americans are less likely to be arrested and jailed. While people of color only make up 30% of the total population, they are 60% of the U.S. prison population.

This discrepancy is particularly apparent when it comes to nonviolent drug offenses, where people of color are jailed at much higher rates, even though drug use in the white community is higher than in the African-American community.

According to Human Rights Watch, people of color are no more likely to use or sell illegal drugs than whites, but they have much higher rates of arrests. While only 14% of black people use drugs regularly, 37% of those arrested for drugs are black.

This trend holds true for children of color as well, who are more likely to be perceived as guilty. The so-called school-to-prison pipeline targets children of color, funnelling them into the criminal justice system early due to unfair zero tolerance policies in American schools.

"In Chicago, twenty-five young people were involved in [a] food fight in the cafeteria and instead of being punished by having to clean up the cafeteria, they were suspended from school and arrested," notes the Advancement Project.

2. You are more likely to get into college.

The White House recently launched a new initiative called, My Brother's Keeper, aimed at increasing opportunities for boys and young men of color. A key component of the initiative is increasing the number of men of color who graduate from high school and get into college.

According to a 2013 report by Georgetown University's Center on Education and the Workforce, elite educational institutions are a "passive agent" in perpetuating white privilege. The report found that white students are still overrepresented in the nation's 468 elite institutions. Even though many white and minority students are unprepared for college in equal rates, more white students are admitted to universities.

"The higher education system is more and more complicit as a passive agent in the systematic reproduction of white racial privilege across generations," the Georgetown study noted. "Even among equally qualified white, African-American and Hispanic students, these pathways are not only separate but they bring unequal results."

3. You are more likely to "fit in" and get called back for a job.

Having a name perceived as "black" is a burden during a job search. In 2012, an unemployed black woman made headlines for reporting that her resume on Monster.com began to receive interest from employers after she changed her name and race. Yolanda Spivey, an insurance professional, noticed that Monster.com's "diversity questionnaire" section seemed to be hurting her employment options. After Yolanda changed her name to the fictitious Bianca White, however, she received calls with job offers immediately. And not only that, they were for better jobs.

"More shocking was that some employers, mostly Caucasian-sounding women, were calling Bianca more than once, desperate to get an interview with her," Spivey wrote. "All along, my real Monster.com account was open and active; but, despite having the same background as Bianca, I received no phone calls. Two jobs actually did email me and Bianca at the same time. But they were commission only sales positions. Potential positions offering a competitive salary and benefits all went to Bianca."

4. You are less likely to be perceived as a "thug."

When Seattle Seahawks superstar Richard Sherman dared speak out after making a game-winning play to get his team to the Superbowl, the word "thug" was used 625 times in 24 hours of television broadcasts. Sherman, a Standford University graduate, called out his critics, noting that white male aggression is seen as acceptable in sports like hockey because the vast majority of players are white.

"The only reason it bothers me is that it seems like it's the accepted way of calling people the n-word nowadays," Sherman said. "Because they know. What’s the definition of a thug, really? Can a guy on the football field, just talking to people — maybe I'm talking loudly, or doing something I'm not supposed to be. But there was a hockey game where they didn't even play hockey, they just threw the puck aside and started fighting. I saw that and I thought, 'Oh man, I’m a thug?' So I'm really disappointed in being called a thug."

5. You are less likely to be labeled "angry."

The ability to express a full range of emotions without repercussions is a privilege. When someone who isn't white (and let's be frank, who isn't male) expresses anger in a public or professional setting, it's not usually called leadership (See: Chris Christies' entire career).

As a black woman, I know that my spectrum of acceptable emotions is limited. I can't get too angry, because I'll be the angry black woman, a label that dogs many high profile black women including First Lady Michelle Obama. FLOTUS has been criticized for being too demanding by the Beltway media. "I guess it's just more interesting to imagine this conflicted situation here," Obama said. "That's been an image people have tried to paint of me since the day Barack announced, that I'm some kind of angry black woman."

6. You are more likely to make headlines when missing.

#BringBackOurGirls was the rare moment when the world became collectively outraged by the plight of missing African girls, stolen from their classrooms by terrorists in Nigeria.

But this is generally not the case. The media has a habit of sensationalizing the cases of missing white young women and girls — cable news anchors shout their names from the mountaintops: Natalee Holloway, Elizabeth Smart, Susan Powell, Laci Peterson.

Sheri Parks, a professor of American studies at the University of Maryland, College Park, calls this the "Missing White Woman Syndrome." Dr. Mia Moody, assistant professor of journalism and media arts at Baylor University, notes the same thing in her research, which looks at the way media frames coverage, with the result that pretty white woman are put on a pedestal, while minorities, the poor and the less traditionally attractive are conspicuously absent from the front page.

7. You are more likely to find adequate housing.

Former Clippers owner Donald Sterling made headlines after his racism was caught oh-so-dramatically on tape. But Sterling's racism didn't begin or end with a rant to girlfriend V. Stiviano. The first time Sterling (and his wife Rochelle Sterling) were accused of housing discrimination was decades ago, when they were ordered to pay a multi-million dollar settlement for refusing to rent apartments to people of color.

As ESPN commentator Bomani Jones emphasized in a recent column, this kind of refusal to rent to people of color has real consequences. "Discrimination in the housing market has been crippling to the attempts blacks and Latinos have made to empower themselves economically," Jones said. "The worst examples are in the sales market — there's a wealth of urban economic evidence showing how the inability to buy homes has affected the black-white wealth gap — but such behavior in the rental market is just as damaging."