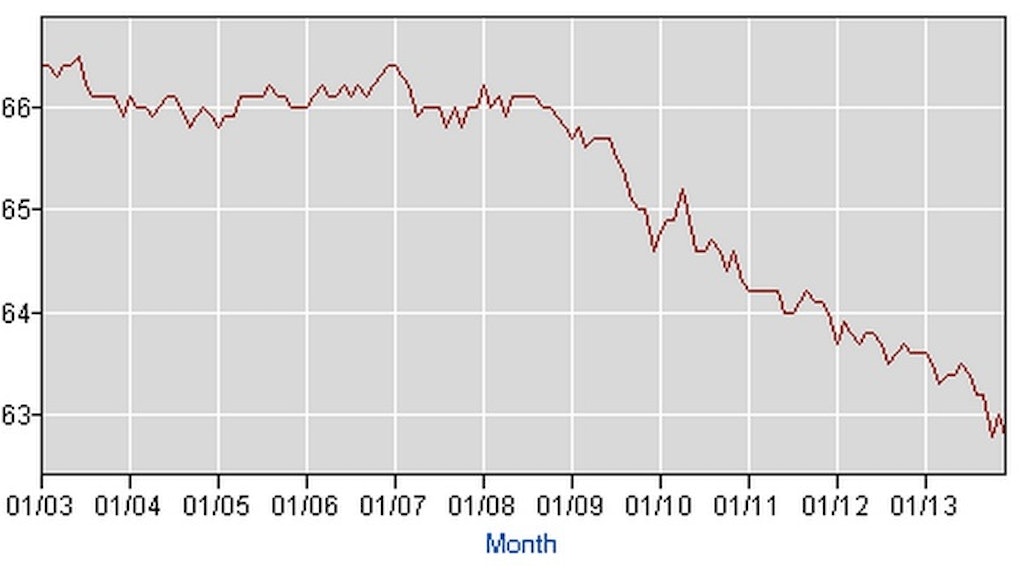 The news: It's graduation season. If you're a new grad, you have to worry about what to wear under your cap and gown, when to move out of your dorm room, whether to protest your commencement speaker ... and whether the debt dangling over your head was actually worth it.

For those with diplomas in hand, eager to enter the job market, bad news abounds. According to a new survey conducted by Harris Poll on behalf of Express Employment Professionals, 47% of unemployed Americans report that they have "completely given up on looking for a job."

"This survey shows that millions of Americans are at risk of falling into the trap of prolonged unemployment, and it should give policymakers a greater sense of urgency to focus on the singular goal of creating jobs," Bob Funk, CEO of Express and a former chairman of the Federal Reserve Bank of Kansas City, said in a press release.

Of the survey's 1,500 respondents, 46% had not had a job interview in the past month, and 23% said that their last interview was in 2012. The respondents also tended to skew younger, as "more than half of all unemployed are under 40 and one third are under the age of 30."

Why this is important: While government jobs reports like to paint a rosier picture, they tend to obscure a crucial factor: the number of people who have simply given up on finding a job. For instance, the April jobs report showed that the economy added 288,000 jobs to the market, while the unemployment rate dropped from 6.7% to 6.3%. That's great news, except that labor force participation rate fell to 62.8% — the lowest point in decades.

That's the percentage of people 16 and older active in the job market, and the precise reason why these jobs reports should be taken with a grain of salt. Is the unemployment rate falling because so many jobs are being created or because people are leaving the workforce?

This doesn't mean doom and gloom for every recent graduate. Invariably, there are some majors and professions that are more employable — and profitable — than others.

Still, it's important to keep in mind that the cards are stacked against young job seekers, and while the economy's on the road to recovery, shifting employment rates may be the result of some just giving up on the job hunt. It's a tough world outside those college walls, and it will be for a while.