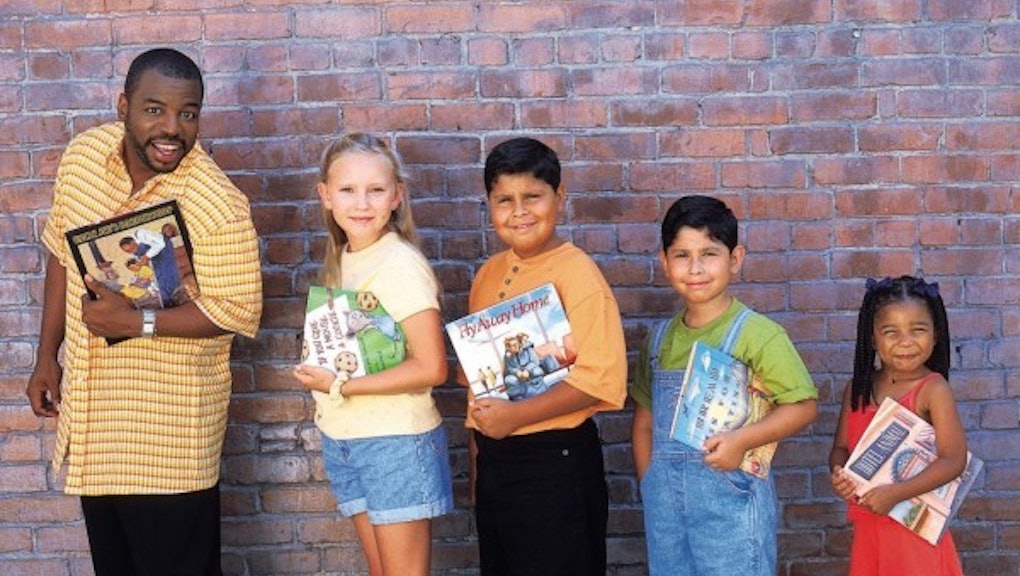 Why the Next Generation Needs 'Reading Rainbow'

One in 4 kids in the United Sates will grow up to be illiterate. A child who can't read by grade 4 is 400% more likely to drop out of high school. America is the only free-market country where previous generations were more educated than the current one. These are just three of the staggering statistics LeVar Burton includes in his Reading Rainbow Kickstarter campaign.

It's a campaign that surpassed its goal of $1 million in less than 24 hours, and triple underscored just how necessary, and desired, programming like Reading Rainbow really is.

Upon seeing that his campaign hit its mark in record time, Burton recorded a teary-eyed message to his supporters, "I don't know what to say, we've just crossed the million dollar threshold and it's our first day. I am overwhlemed, thank you so much, this is going to enable us to really, really, really do a lot of good."

Burton's campaign was a massive success for a few reasons: its sincerity, its nostalgia-inducing hokey-ness and its purity of intention. It brings up-to-date one of our childhood's staple programs for 21st century kids.

The premise of the original Reading Rainbow series was straightforward. Every episode spotlighted a children's book that prompted an adventure with Burton. At the end of the episode, kids would give their book reviews, always prompted by the second-most famous classic Reading Rainbow line, "But you don't have to take my word for it ... "

In 2009, PBS viewers mourned the end of Reading Rainbow after a 26-year run that earned the program over two dozen Emmy awards. Reading Rainbow was first canceled in 2006, when PBS couldn't find the money to renew the broadcasting rights, and the reruns of the show got pulled once and for all in 2009. Reading Rainbow ranked in both longevity and audience loyalty alongside other educational kid show classics like Mister Rogers' Neighborhood and Sesame Street — all brilliantly straddling the line between education and entertainment.

"Just being on tablets simply won't get get the job done for way too many of our families," Burton said in the Kickstarter video promoting his new campaign. "This Kickstarter campaign is about reaching every Web-connected child. Universal access. Thousands of more books than what we have now. And hundreds of more video field trips."

Burton's plan for the revival of the show is a Web-oriented version with both classroom and at-home components. As he says in the Kickstarter video, "Thirty minutes on TV was yesterday's world. Today's kids want today's technology."

Perhaps the most important element of the campaign? The 1,500 classrooms that will get access to the new Reading Rainbow technology for free. Just one prong in Burton's attack on illiteracy.

The importance of educational programming is very clear based on the numbers as well. American children who watch Sesame Street frequently are 16% more likely to get higher high school GPA's than those who don't. As of last year, the Reading Rainbow app had spread 10 million books and field trips shared by children all over the world.

Burton's success at fundraising so much so quickly underscores not only the statistical importance of a show like this, but the emotional importance. As he told NPR, "Reading Rainbow is not about the rudiments or the fundamentals of reading. It's about the passion."

For a generation that grew up on a hearty diet of shows like Rainbow and Wishbone, we understand the formative element shows have on their captive youth audiences. They instilled the message that reading is adventure, imagination and growth.

I guess Burton found what's at the end of the rainbow: $1.6 million and the promise of a more literate future.