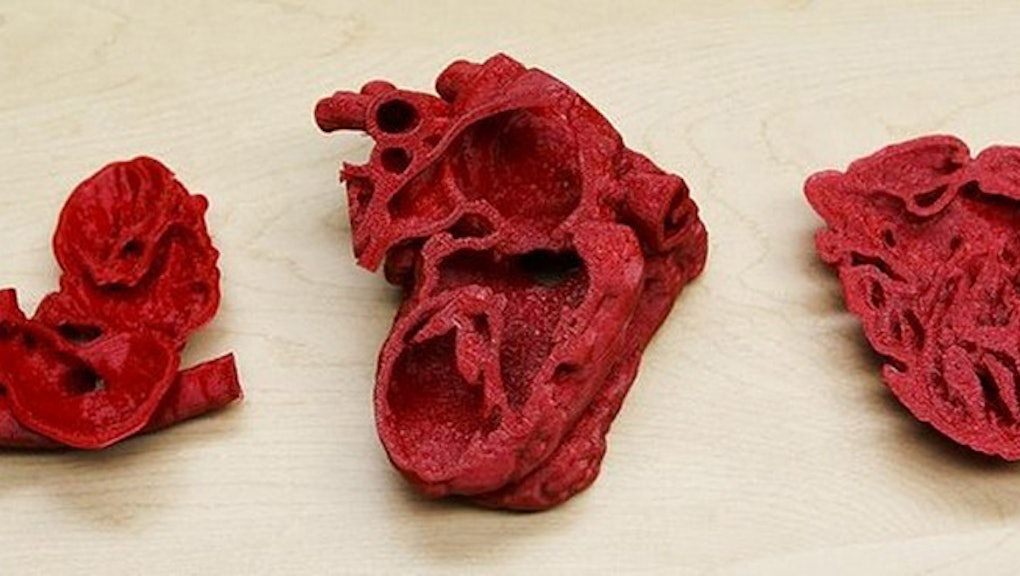 This procedure cools down patients' bodies, leaving them in a biological state considered neither dead nor alive. It has the potential to save them from injuries that could otherwise be fatal.

Similar to people who plan on cryogenically freezing their bodies, victims of knife and gunshot wounds who seek treatment at UPMC Presbyterian in Pittsburgh could receive suspended animation, which cools their bodies to a temperature that nearly stops cellular activity. As crazy as this sounds, it's not unheard of: People who have fallen into icy lakes have been successfully resuscitated, even after not breathing for over 30 minutes.

"We are suspending life, but we don't like to call it suspended animation because it sounds like science fiction," Samuel Tisherman, a surgeon at the hospital who is leading the trial told the New Scientist. "So we call it emergency preservation and resuscitation."

How will it work? On average, the team at UPMC sees one case each month in which a person has suffered cardiac arrest due to a traumatic injury. The survival rate of such injuries is less than 7%. UPMC will use the experimental resuscitation technique in 10 patients, making it the first time the method will be used on humans. When used on pigs, surgeon Peter Rhee found the procedure yielded a 90% survival rate.

After a wounded patient comes in, the medical staff removes all the patient's blood and replaces it with a saline solution. This will enable the the body to reach 50 degrees, a temperature at which cells need less oxygen to function.

"At this point they will have no blood in their body, no breathing and no brain activity. They will be clinically dead," the New Scientist reported.

Then, the doctors will have two hours to fix the injury. Directly after, new blood will replace the saline solution, and the body will slowly reheat. If the heart does not restart, the patient will be resuscitated.

The trial will occur during medical emergencies when victims and/or their families will be unable to give consent. The U.S. Food and Drug Administration approved the experiment, making it exempt from requiring informed consent. People can, however, feasibly opt out of the trial by pre-emptively seeking out and signing a form online. (At the time of publication, the link was unavailable.)

It's not just freezing: Medical technology ripped from science fiction novels is now commonplace in medicine. Research labs and companies have been exploring the use of 3-D printing to repair "bio-compatible" joints, cartilage and prosthetics. The Pittsburgh Post-Gazette reported that doctors at the University of Michigan saved a 3-month-old's life by using a 3-D printed splint to keep a weakened airway from collapsing.

Doctors in Louisville, Ky., used 3-D printing to plan for an intricate heart operation on a 14-month-old. Using the facilities at the University of Louisville's engineering school, doctors produced a 3-D model of the child's heart. As PolicyMic's Lucky Tran reported, this model allowed the surgical team to come up with a precise plan to limit the amount of exploratory incisions, reduce operating time and prevent the need for follow-up operations.

Micro robots. Meanwhile, researchers are currently working on DNA nanorobots comprised of medicine made by the human body's own molecules. In the not-so-distant future, people will ingest these nanorobots in pills, which are intended to fight off diseases at a molecular level. If that seems crazy, consider the nanotech vaccine used to cure Type 1 diabetes in mice.

Brain treatment. In another example, the NeuropPace acts as a defibrillator for the brain for people who suffer epileptic seizures. Through sensors implanted in the brain, the system spots the initial tremors of an oncoming seizure and sends electrical pulses to counteract the dysfunctional signals in the brain, stopping the seizure from progressing.

And then there's Sedasys. A division of Johnson & Johnson created the first computer-assisted system to sedate patients, and it's expected to hit the market this year. According to FierceMedicalDevices, "The medical device is designed to administer minimal-to-moderate propofol sedation, initially for endoscopy procedures, and the company will focus on educating gastroenterologists, anesthesiologists and nursing experts on the new system." Simply put, this machine has an IV hooked up that will administer sedatives and monitor patients' vitals, bypassing the need for an anesthesiologist.