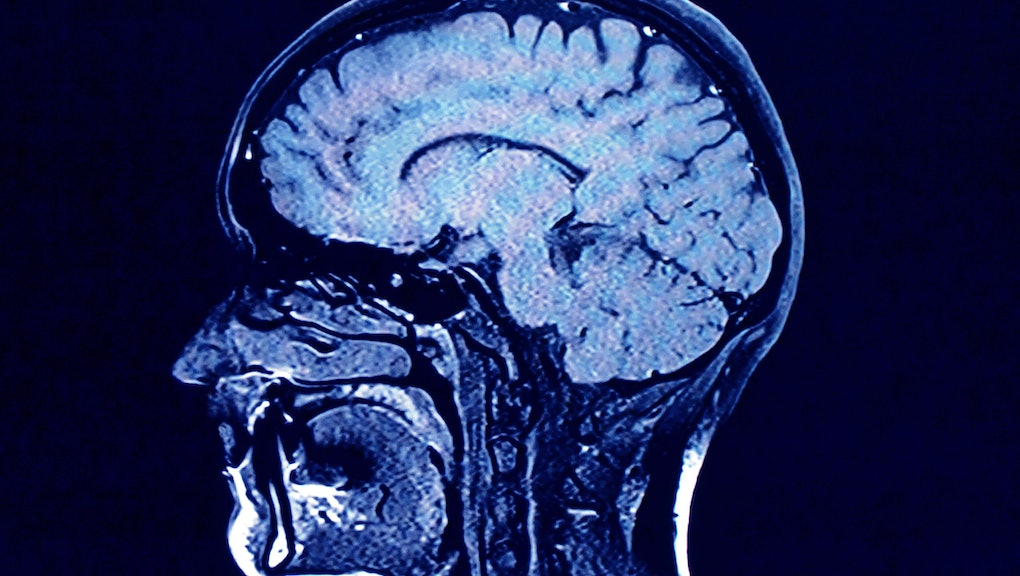 The news: A study published in the journal JAMA Psychiatry has linked high pornography usage to lower volume and activity in the regions of the brain linked to rewards and motivation. It's the first to provide a solid link between consumption of dirty movies to reductions in brain size and activity in response to sexual stimuli.

Scientists gathered 64 healthy men between the ages of 21 and 45 years and asked them questions about their pornography consumption. Then they imaged their brains.

"We found that the volume of the so-called striatum, a brain region that has been associated with reward processing and motivated behavior was smaller the more pornography consumption the participants reported," lead researcher Simone Kühn, who works with the Max Planck Institute for Human Development in Berlin, told Reuters.

"Moreover we found that another brain region, that is also part of the striatum that is active when people see sexual stimuli, shows less activation the more pornography participants consumed."

However, the results are not enough to conclusively demonstrate that pornography is bad for you. It's also possible that lazy slobs just watch more pornography, which comes with plenty of anecdotal evidence. Kühn says that "Unfortunately we cannot answer this question based on the results of the present study."

Extensive research on the psychological effects of pornography remains unclear. According to clinical psychologist Dr. David Ley, fewer than two out of five research articles on high-frequency sexual behavior call compulsive pornography use an addiction and just 27% had any data.

"The theory and research behind 'pornography addiction' is hindered by poor experimental designs, limited methodological rigor, and lack of model specification," Ley wrote in Current Sexual Health Reports. "Since a large, lucrative industry has promised treatments for pornography addiction despite this poor evidence, scientific psychologists are called to declare the emperor (treatment industry) has no clothes (supporting evidence)."

Other research has linked pornography consumption to reward centers in the brain. Neurologist Donald L. Hilton argues that "In other words, cocaine and methamphetamine can cause changes in the way the brain functions, in the way the brain behaves, works. But what about pathological gambling, what about overeating, what about sexual addictions? Can those behaviors also cause actual changes in brain chemistry, in brain function, in the size of the brain itself? The answer is overwhelmingly yes."