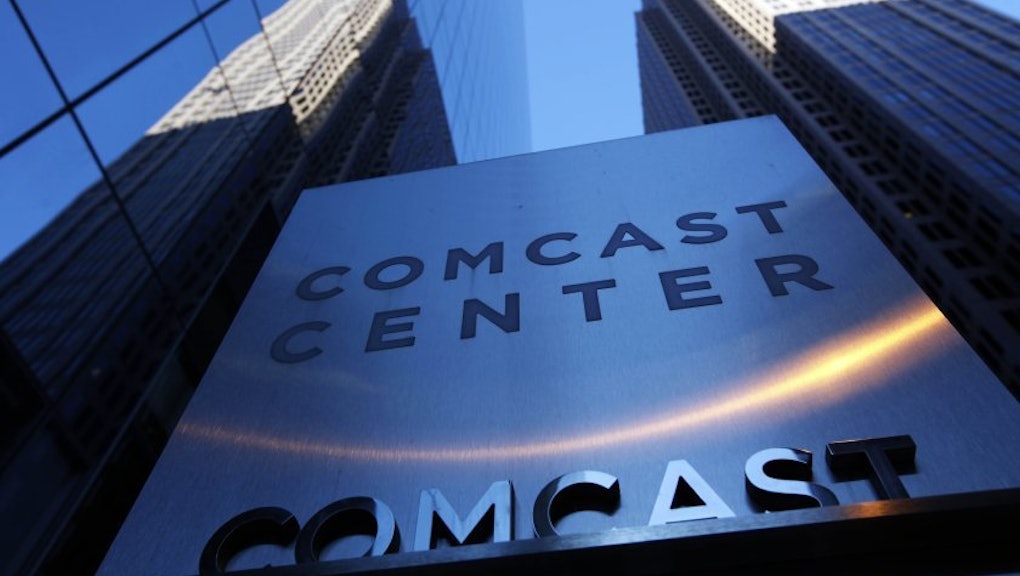 5 Lies We Need to Stop Telling About Net Neutrality

Net neutrality will kill innovation and jobs. It's about subsidizing takers. It's the government takeover of the Internet.

In the brewing storm around the FCC's proposed open Internet rules (which detractors claim would gut net neutrality), there's a lot of misinformation. Here are five of the most common myths floating around about net neutrality and how to counter them.

1. It will kill innovation.

Internet service providers (ISPs) say that comprehensive net neutrality legislation would kill innovation on the Internet. AT&T argues that "[g]oing backwards 80 years to the world of utility regulation would represent a tragic step in the wrong direction. Utility regulation would strangle investment, hobble innovation and put government regulators in charge of nearly every aspect of Internet-based services."

Net neutrality's opponents, like Rep. Mike Rodgers (R-Mich.), argue that "competition in the private sector has been the key to the Web's success" and that government intervention would make "the government the gatekeeper," suppressing private innovation in what until now has been a largely free market.

In reality, ISPs just want to be that gatekeeper. The demise of net neutrality would mean that network operators could charge more for certain classes of Internet traffic. Cable companies like Verizon, Time Warner and Comcast already have control of most of the Internet's backbone infrastructure. Without a requirement to treat all Internet traffic equally, ISPs would have a massive incentive to discriminate. Steven Max Patterson at Network World explains:

"Internet service providers exchange traffic through Internet Exchange Points, referred to as IXs throughout the country and around the world ... These network operators, also known as tier 1 networks, are vital to the efficient use of the Internet ... IX points could become choke points to a free and open Internet."As network demand grows, the Tier 1 networks could simply dedicate more existing capacity to customers paying for differentiated services instead of adding capacity and letting the free and open Internet volumes and speeds drop to unacceptable levels, or even stop altogether."

The result? Incentives to provide higher-quality, relatively inexpensive cable service would lose out to pricing tiers. There would actually be less innovation on the Internet as ISPs begin prioritizing paid traffic and strike deals with established media properties. What was formerly a relatively open Internet increasingly becomes a rent-generating property of major service providers by virtue of their bottleneck position.

These sponsored plans won't be the solution to increased demand for services that use huge amounts of data, like Netflix. Instead they'll raise costs for customers and make it harder for new companies to compete on the web. As the MIT Tech Review writes, the mere specter of such a situation is already spooking venture capital firms. Union Square Ventures Managing Partner Brad Burnham says that neutered neutrality rules are "absolutely part of our calculus now" and that his firm will be avoiding video, media and payment system startups in the future.

Meanwhile, big cable companies are still raking in huge profits and massive subsidies while providing some of the developed world's worst Internet. The current arrangement is already stacked in favor of the ISPs, and an Internet without neutrality rules would be worse for customers.

2. It will be bad for business.

"Reclassification of broadband Internet access offerings as Title II — telecommunications services — would impose great costs, allowing unprecedented government micromanagement of all aspects of the Internet economy," argue ISPs. The result would be over-regulated, Soviet-style federal control of the Internet economy.

But in reality, allowing big companies to pay ISPs for priority access to customers would be an unfair and terrible policy. Thanks to a lack of regulation, paid-peering arrangements are already commonplace, to the detriment of actual content producers. The total loss of open Internet rules could have a huge effect on the future development of the Internet economy.

As Vox executive editor Matthew Yglesias explains, this is fundamentally a battle over commerce. Both online service companies (Facebook, Netflix, Twitter) and broadband companies want to capture more of the dollars consumers send onto the web. But while the Internet itself is highly competitive, broadband services are not. (Nearly one-third of Americans have no choice of broadband provider.)

What's more, an uncompetitive broadband sector has led to Americans paying some of the highest prices on the planet for Internet access (price per gigabyte) in the world. It's hard to see how that helps the economy.

Major companies and consumers support neutrality — 190 companies, 100 investors, 100 nonprofits and hundreds of thousands of people have written to the FCC to demand stronger open Internet rules. The Media Access Project writes that "[o]pponents of the [net neutrality] rules claim, incorrectly, that there is no need for them because the competitive marketplace will allay concerns regarding discrimination and degradation of free expression on the Internet. To the contrary, the record demonstrates that there is no effective competition in broadband Internet access services, and that the market structure, market power and incumbents' advantages require open Internet rules."

3. If you're using more stuff, you should pay more for it.

Opponents of net neutrality adopt the perspective that "[t]here is only so much data that can flow in and out of [the Internet] through the spectrums provided," not unlike real estate, highways or airplane seats. Access is precious and if people want more, they should pay more, or else the Internet will quickly degrade into a tragedy of the commons.

But in reality, the question is much more nuanced. It's not just a question of whether consumers are paying for the amount of bandwidth they eat up; ISPs also need to deal with connections between content providers and their own networks. When Game of Thrones freezes up, the problem could be saturation at the select locations where data leaves HBO and intersects with an ISP. The result is that the ISP must upgrade their network to accommodate traffic that might be generated by a few high-data companies. A similar series of deals between Netflix and major ISPs got huge press earlier this year.

But however you feel about the Netflix-ISP conflict, net neutrality is also about what happens to data on an ISP's network. If consumers are paying for a given amount of monthly data access, it's fundamentally unfair to penalize them for choosing to do specific things with it — like watch a show that competes with their ISP's business. And maintaining a healthy Internet requires the support of all players, customers included. When utility customers expand or replace existing lines, they pass on the cost to all consumers, not just the ones who are being connected or upgraded. It's in the ISPs' best interest to work similarly, which is why many are pressing for the FCC to instead use its Title II authority to redefine Internet access as a utility.

4. This is about giving the government control of the Internet.

This is just flat-out wrong.

Even stringent net neutrality rules wouldn't directly interfere with what content appears on the Internet, and they certainly have nothing to do with whatever data the NSA wants to siphon off it.

The FCC's official policy on the Open Internet Rules reads: "To the contrary, the purpose of Open Internet rules is to clarify high-level, flexible rules of the road for broadband to ensure that no one — not the government and not the companies that provide broadband service — can restrict innovation on the Internet."

Art Brodsky at Wired writes that "the Internet wouldn't be regulated. The telecommunications service that allows the Internet to exist would, as services did before now which made the early online world possible."

Yes, it really is.

FCC Chairman Tom Wheeler has been trotting out this particular one lately, insisting that agency proposals that would allow pay-to-play schemes wouldn't kill neutrality and that reports of its demise are "flat-out wrong." But the agency's proposed rules to regulate paid prioritization deals along "commercially unreasonable" guidelines is vague at best and clearance to begin sorting traffic at worst.

The stakes are literally in the billions of dollars, affecting the developmental future of the Internet. This isn't a battle consumers can afford to lose.