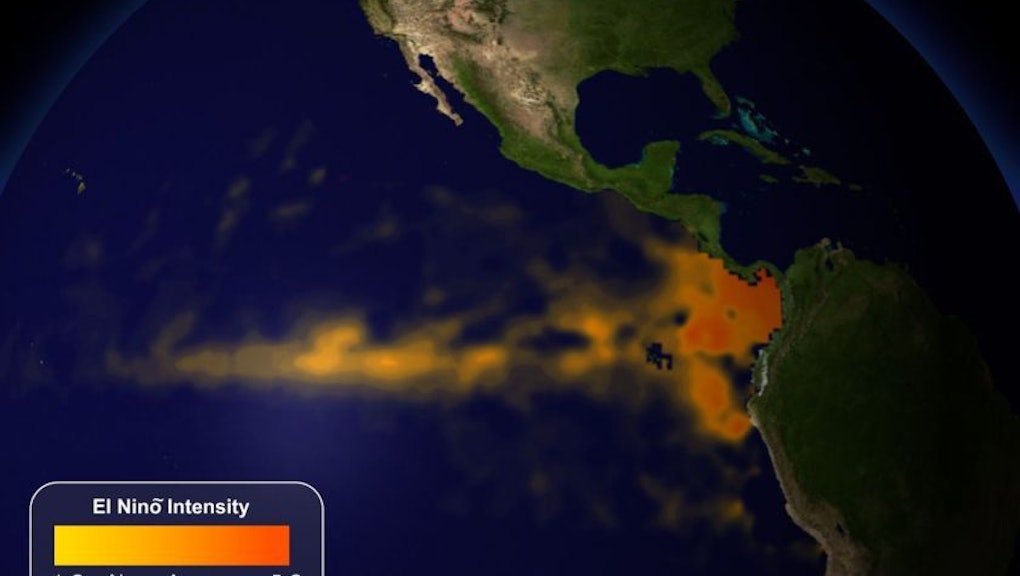 The news: It was only a few months ago that the polar vortex froze over the country and people were clamoring for sunshine and warmth. But soon enough, they might be wishing things were less Rio and more Frozen.

Last month, the National Weather Service's Climate Prediction Center estimated a 65% chance of an El Niño this summer. The weather phenomenon last took place in 2010, leading to the world's hottest year on record. But according to scientists' predictions, this year's occurrence could be the worst since the infamous 1997 El Niño. Because of that, people are understandably freaking out. But what does this actually mean?

Here's what it means. This climate event has occurred for thousands of years and is a natural part of the atmospheric system. Some scientists believe that there is a link between climate change and El Niño, namely that greenhouse gases boost El Niño's frequency and severity.

In terms of direct effects, as described by the Washington Post and as captured in the GIF above, El Niño is "a warming of the sea surface temperatures in the tropical Pacific with ripple effects on the weather all over the world." Some of these ripple effects are:

How do we know when El Niño is happening? There are some symptoms that meteorologists watch out for, such as ocean height. The areas in brown below correspond with higher-than-normal ocean heights, which are linked to warmer temperatures.

But it's not all bad news. While the exact effects of this year's El Niño are difficult to predict, there are also some historical benefits to the weather event. For one, it reduces hurricanes in the Atlantic region. It will also bring above-average precipitation for much of the U.S. — and for California and the Southwest's severe drought, that's welcome news.