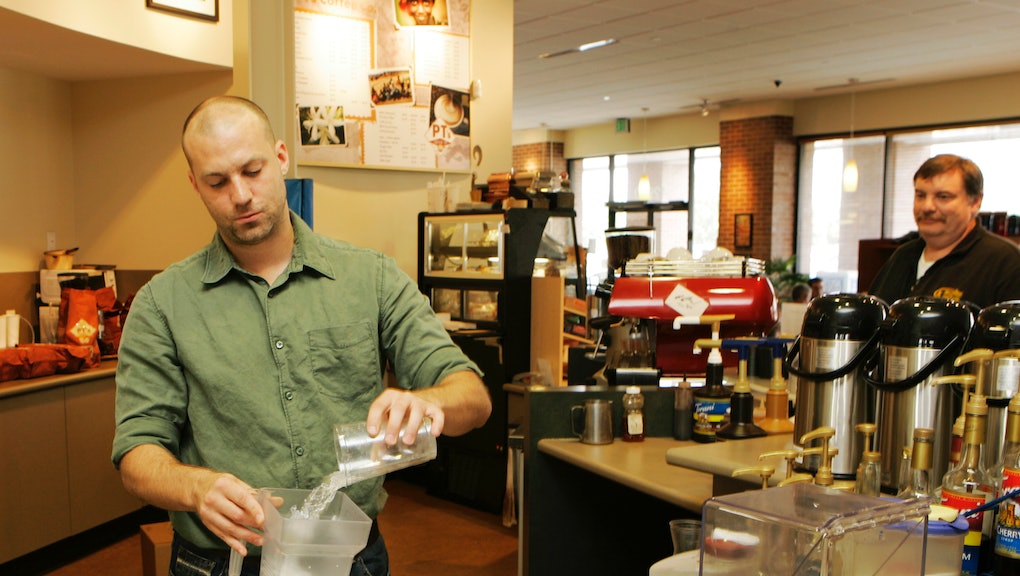 If you're a recent college graduate, you might want to rethink taking that coffee shop job before getting your career in gear.

Taking a job you're overeducated for — sometimes known as "underemployment" — can have negative lasting effects on your future earnings, according to a new working paper from the National Bureau of Economic Research. The study found that overeducated workers could expect 2.6% to 4.2% lower wages for years, even after finding a job suitable for their skills.

And it's worse for women, who are 5% to 13% more likely to be overeducated for their first jobs. The study's authors don't have a culprit for that; it could be a sign of discrimination, or it could be that women tend to value more flexible jobs. Either way, the authors say, it points to a largely untouched portion of the persistent gender wage gap.

Scarring effects: The paper is based on data from a study that started in 1979 and followed the careers of 6,111 people for up to 12 years. The sample is old, but the findings hold a special significance for a generation looking for jobs in a post-recession economy.

While you may think the coffee shop is a stopgap before a "real" job, 66% of workers are still in overeducated positions after a year, and 30% of study participants never broke out of the overeducation cycle. Sticking around too long can lead to "wage scarring," or long-term negative effects on your paychecks.

Everyone from two-year college graduates to those with advanced degrees can be affected by wage scarring, the study found. Researchers also controlled for cognitive ability — grads who take jobs they're overeducated for don't earn less down the road because they're not as smart as their peers.

Better than nothing: But is unemployment really preferable to slinging lattes? Not exactly. Long-term unemployment can also lead to wage scarring: A woman who spends a year unemployed before the age of 23 can expect to earn 16% less 10 years down the line than a woman who was able to find a job. For men, the gap is 23%.

The key, and it's easier said than done, is to avoid getting caught in a cycle of underemployment and try to find something that challenges you. It's a matter of more than money — a study last year found that risks for depression rises as people spend more time in jobs for which they're overeducated.

College is still a valuable tool — the unemployment rate for college grads is half that of only high school grads — but between overeducation and student loan debt, graduates know that not all jobs are created equal.