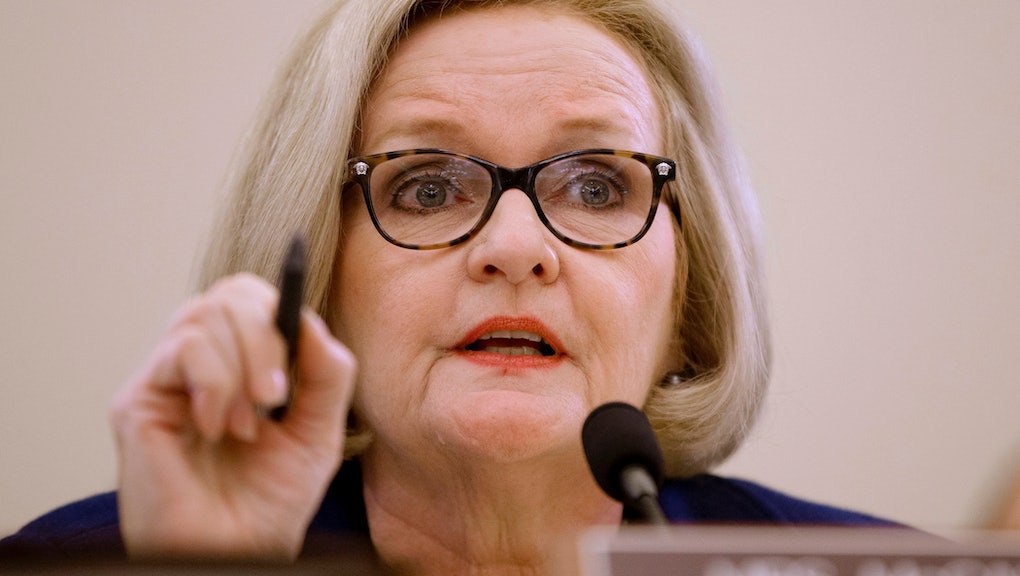 Think about some of the most important factors colleges should consider when addressing sexual assault on campus. Did TV publicity come to mind?

After Sen. Claire McCaskill (D-Mo.) sent a survey to 350 universities to try and craft new sexual assault policy, a major college lobbying group warned schools that cooperating fully with the government on the issue was not in their best interests.

The American Council on Education, which represents 1,800 colleges and universities, sent a slideshow to members cautioning them about the sexual assault survey, which was obtained by Inside Higher Ed. The slideshow called congressional investigations "Wild West without real rules" and asking schools to consider, "What will play well on TV?"

The survey, the results of which McCaskill says will be kept confidential, is meant to bring a semblance of data to a major campus issue that is notoriously hard to quantify. (One of the more commonly cited statistics is that 1 in 5 women will be sexually assaulted before they graduate college.) If schools aren't willing to cooperate with the government and answer questions about their sexual assault investigations, training programs and incidents, the ability of officials to respond is going to suffer.

What are schools being asked here? McCaskill launched the survey in April, not long before the U.S. Department of Education released its list of 55 schools under investigation for potential mishandling of sexual assault and harassment cases. The Missouri senator is no stranger to the topic, having led the way on addressing sexual assault in the military earlier this year.

Her 23-page survey opens with specific questions about how schools handle sexual assault, including "How many investigations of sexual violence has your institution conducted in the past five years?" and "When was the last time your institution's sexual violence policies and procedures were updated?" Later sections ask colleges to outline their sexual assault reporting procedures, on-campus resources for health and victim assistance, and training and prevention programs for students and staff.

How can you argue with that? The American Council on Education is warning colleges that their responses might not be kept confidential ("absolutely no guarantees") and that McCaskill and Congress are partially just playing politics by making sexual assault a key issue. What's more, the organization repeatedly refused to show McCaskill the presentation, only sending it along after Inside Higher Ed made it public.

Dana Bolger, who cofounded Know Your IX, a group that educates college students about their rights regarding sexual assault, told Inside Higher Ed that the slideshow was "upsetting." "Nowhere in the entire presentation are victims' needs considered, let alone mentioned," she said.