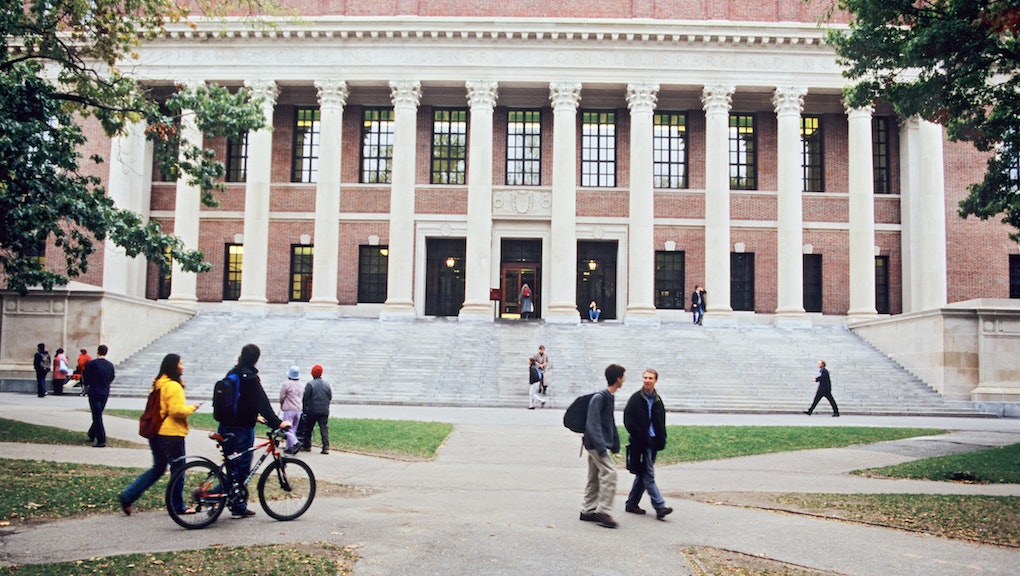 Directly on the heels of the White House's star-studded anti-sexual assault PSA, the U.S. Department of Education's Office for Civil Rights (OCR) has released a list of all the schools currently under investigation for possible mishandling of sexual assault and harassment cases. And it is staggering.

All told, the list reveals that 55 schools across the country — from small liberal arts colleges like Amherst to big state schools like UC-Berkeley — have open Title IX sexual violence investigations. According to the Wire, this is the first time such information has been made publicly available without specifically asking for it.

An open investigation is not proof that a school has violated Title IX (explained below), but it's important that both current and former students are able to see data on how their schools handle sexual assault cases. Publishing such information can also pressure schools to take these issues seriously. As assistant Secretary for Civil Rights Catherine E. Lhamon said in a press release, "We are making this list available in an effort to bring more transparency to our enforcement work and to foster better public awareness of civil rights. We hope this increased transparency will spur community dialogue about this important issue."

The OCR has stated that the list will be updated regularly and made available to the public upon request.

What is Title IX?

Title IX is a federal civil rights law that protects students from gender-based discrimination. Part of the Education Amendments of 1972, the statute is best known for ensuring equal athletic opportunities for female students but has been invoked in recent years to fight sexual harassment and assault on campus. Under Title IX, sexual harassment, rape and assault all fall under gender-based discrimination that violates a student's right to equal access to education. Title IX is not exclusive to women, and campaigns like Know Your IX aim to educate both female and male students about their rights under the law. (For more on Title IX, check out this great list of basics from the Know Your IX campaign.)

The list's publication coincides with several high-profile examples of schools coming under heavy fire for their handling of sexual assault cases. Harvard students filed a Title IX complaint on March 31 after a searing open-letter in the school paper condemned the university for its treatment of survivors, and an official investigation into Title IX violations was recently confirmed by the Department of Education. BuzzFeed recently reported on the "sexual assault civil war" at Occidental College, and nearly 50,000 activists demanded reform at Dartmouth after a student-run website published a "rape guide." And on Monday, Tufts University was found out of compliance with Title IX and subsequently backed out of its Voluntary Resolution Agreement — a decision met with outrage by many students.

The White House Task Force to Protect Students From Sexual Assault also released its guidelines for colleges to combat sexual assault on campus during a meeting in Washington on Tuesday.

Here are the schools listed, in alphabetical order by state:

CO: University of Colorado at Boulder

CO: University of Colorado at Denver

HI: University of Hawaii at Manoa

TX: The University of Texas-Pan American

VA: College of William and Mary