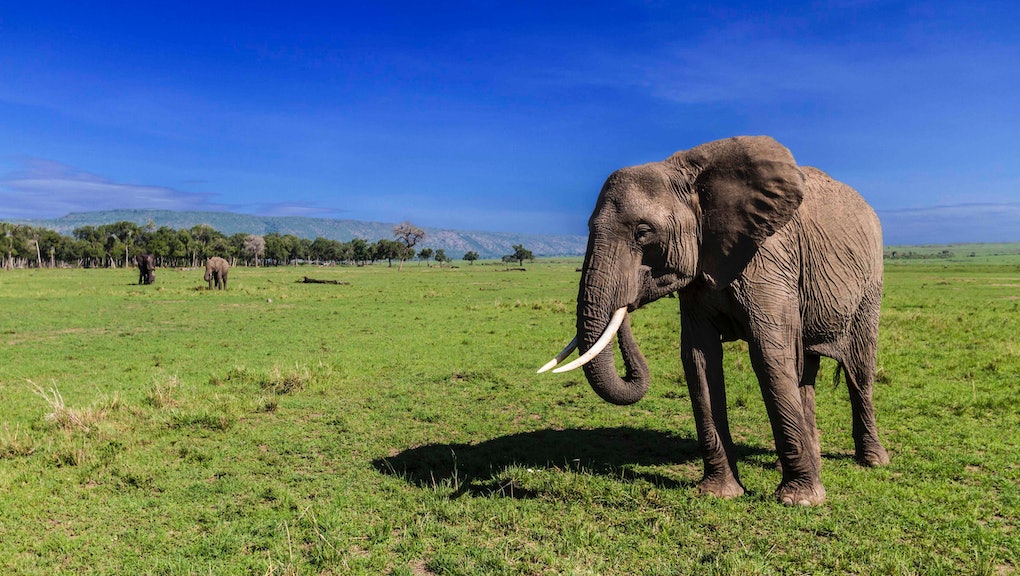 The news: Why have great mammals largely disappeared from the planet over the past 100,000 years? One of the most popular theories was climate change after the end of the last Ice Age. But according to a recent study by researchers from Aarhus University, an alternate hypothesis of "overkill" holds more weight.

The research team has finished the first global mapping of the effects of humans on life across the planet. And it more or less concluded that a growing number of humans armed with the world's very first weaponized pointy sticks hunted much of the planet's biodiversity into oblivion.

"We consistently find very large rates of extinction in areas where there had been no contact between wildlife and primitive human races, and which were suddenly confronted by fully developed modern humans. In general, at least 30% of the large species of animals disappeared from all such areas," professor Jens-Christian Svenning, who worked on the research, told the university's science publication, Science and Technology.

The research: Scientists produced the first "relatively fine-grained" mapping of all mammals with a body weight of at least 10 kilograms that existed in the time period between 132,000-1,000 years ago. They found that 177 species of large mammals totally vanished.

"Africa 'only' lost 18 species and Europe 19, while Asia lost 38 species, Australia and the surrounding area 26, North America 43 and South America a total of 62 species of large mammals," the findings read.

The results also more or less confirm that the extinctions took place in virtually all climate zones and affected cold-adapted species like woolly mammoths just as much as it did on temperate forest elephants and tropical buffalo and sloths. The extinctions disproportionately affected the Americas, but megafauna on virtually every human-touched location on Earth vanished.

"The significant loss of megafauna all over the world can therefore not be explained by climate change, even though it has definitely played a role as a driving force in changing the distribution of some species of animals," Aarhus researcher Christopher Sandom told the Huffington Post. "Reindeer and polar foxes were found in Central Europe during the Ice Age, for example, but they withdrew northwards as the climate became warmer."

How did this happen? Well, humans are just really destructive, even in the era predating modern history or technology. These findings provide some historical context for our species' historical impact on Earth and for the environmental disaster scientists say is already occurring because of the planet's industrialization.

But aside from the "damn you, humans!" aspect, these historical mass extinctions are quite distinct from human-accelerated climate change in the current era, which has its own separate risk of mass extinction. The authors further note that the findings have implications for current conservation efforts, like the threat to many current large mammals from poaching. Future generations may never see a rhinoceros firsthand.