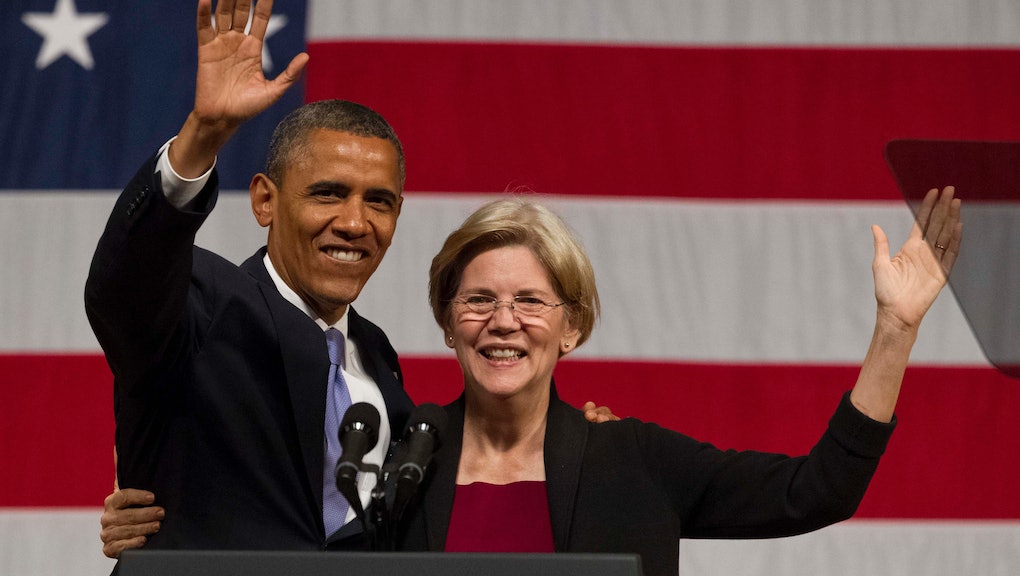 President Barack Obama has some good news for students.

Obama will endorse Massachusetts Senator Elizabeth Warren's student loan bill on Monday, according to Huffington Post. The bill will allow borrowers to pay off high-rate loans in exchange for new ones with lower interest rates, potentially saving students and recent grads thousands of dollars.

Obama embracing Warren's plan is one more step toward Democrats using student loans to hammer Republicans during election season. Midterm elections often have trouble attracting young voters, which tends to be bad news for Democrats. But making student loan debt a big issue could draw more millennials to the polls.

What the bill does: A student loan relief bill passed by Congress last year lowered the standard undergraduate loan rate from 6.8% to 3.86%. The new bill would retroactively apply that rate to many other borrowers — students who borrowed before the change took effect last year could apply to receive the 3.86% interest rate.

Warren's goal is to ease the burden of American student loan debt, more than $1 trillion of which is weighing on students, former students and parents. Of Americans ages 18-24, 57% say student loan debt is a major issue, according to a Harvard poll.

Not smooth sailing: Because so many Republicans appear to be against further student loan relief, many Democrats are using the issue as a driving force behind their midterm campaigns. And making Republicans even less happy, Warren has proposed that the loss in revenue from lowering interest rates be made up by raising taxes on the rich.

Senate Minority Leader Mitch McConnell (R-Ky.) summed up the GOP response in a statement: "This bill doesn't make college more affordable, reduce the amount of money students will have to borrow or do anything about the lack of jobs grads face in the Obama economy."

Private lenders are also unhappy with the proposal, but for a different reason. They don't want to see student loans paid off early, as it reduced potential interest revenue. But since student debt is the second-biggest form of consumer debt after home mortgages, it stands to reason that a shrinking bottom line doesn't necessarily mean a small one in this case.