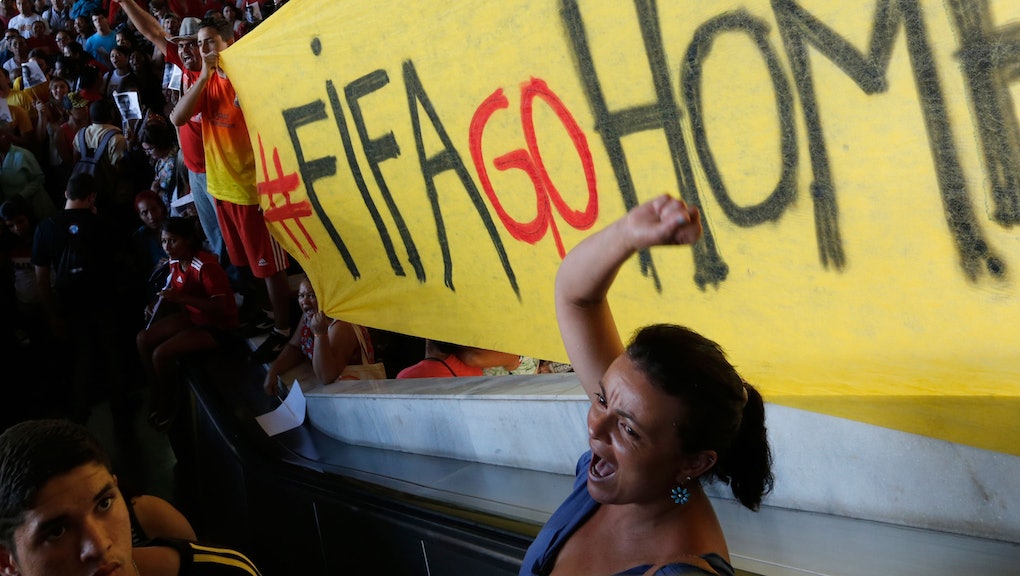 You're reading the new edition of Mic Check, PolicyMic's daily guide to the most important news and ideas right now.

Five dead after police ambush in Las Vegas: "Two Las Vegas police officers and a civilian were killed Sunday in an apparent ambush that ended with the two gunmen killing themselves," reports the Agence France-Presse, citing the Las Vegas Review-Journal. The French outlet goes on to cite the local news media as reporting that "one of the attackers yelled 'This is the start of a revolution' before shooting the officers and stripping them of their weapons and ammunition."

Dear millennials, we're sorry: New York Times columnist Frank Bruni offers an apology of sorts to America's young: "We millennial bashers of course have our stock responses … We conveniently overlook how much more they've had to pay for college than we did, the loans they've racked up and the fact that nothing explains their employment difficulties better than a generally crummy economy, which certainly isn't their fault. They get our derision when they deserve our compassion and a political selflessness we've been unable to muster. While we're at it, we might even want to murmur an apology."

How Americans died in 1990 versus today, in one chart. [PolicyMic]

An earlier version of this article failed to cite or link to a passage from the Agence France-Presse in accordance with Mic editorial standards. The article has been updated to properly attribute the language to the AFP.