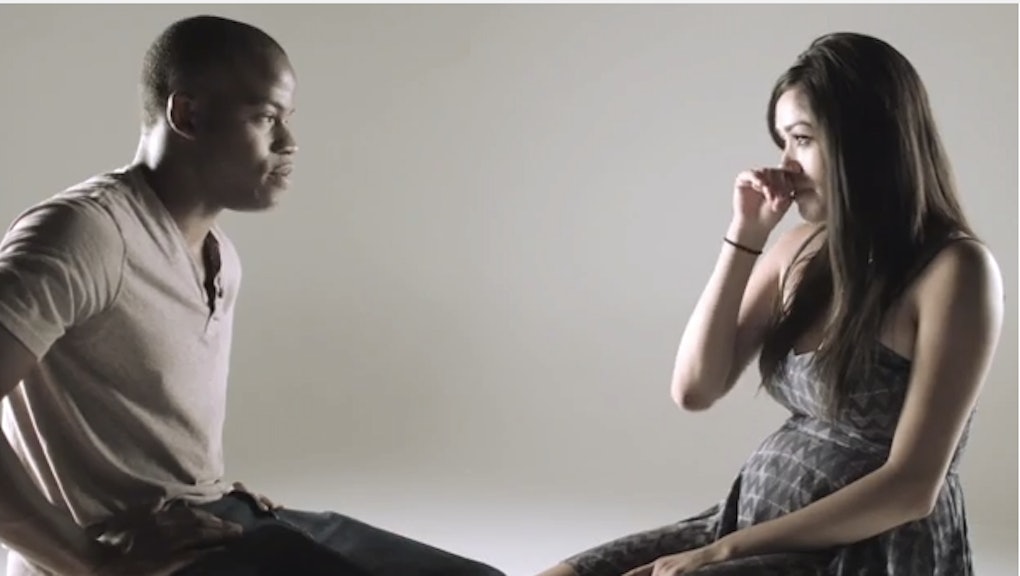 How would you feel if you had to tell a stranger a very deep secret that you haven't told even some of your closest friends? Would it feel empowering or stifling? Judging from a newly-released and quietly devestating video, it could be the latter.

In her directorial debut, director Rocsi Diaz explores what happens when undocumented citizens reveal their status to people they have just met. Riffing off the viral First Kiss video, Diaz's short PSA entitled "The Secrets of Strangers" empowers all immigrants to tell their story. The results are moving.

Being undocumented in America often comes with uncertainty, stigma and shame. The U.S. is still a country that is particularly hostile to undocumented citizens and where elected officials disparage undocumented workers and can lose support (or their seat) for showing the slightest amount of empathy. It's not easy to live with that reality when the political climate is so venomous.

The video is part of a series presented at the first Immigrant Heritage Month. organized by Welcome.us, a charitable, non-political organization that "encourages as many Americans as possible to tell the story of how they first felt welcomed to the American experience." It hopes to show that undocumented people are just like everyone else. We all had a story of how we arrived in America, whether it was documented or not. It's time we admit that we have more in common than we think.

With Eric Cantor being forced to give up his seat as House majority leader, in part because the conservative base rejected his apparent willingness to negotiate on immigration reform, the issue is more controversial than ever. It's worrying to see so little eagerness to reach a deal when so many lives depend on it.

The message of the video is clear:  These aren't just numbers, they're people.

Although numerous politicians and lawmakers make it seem like the best solution would be to build fences around our border or send undocumented people to their native countries, immigration reform would actually benefit our country greatly. In a helpful infographic, the Center for American Progress lays out all the ways in which giving citizenship to 11 million undocumented people would result in higher wages for them and a boost in revenue from state and federal taxes. It would also inject 121,000 jobs in our economy, something even Republicans should get on board with.

Will this touching PSA convince politicians to support immigration reform? Probably not. Cantor's sudden loss means progress on reform may be even less likely to happen anytime soon because Republicans won't compromise for fear of losing their incumbency. But that doesn't mean all faith is lost.

If this video teaches us anything, it's that we can still change the way stories about undocumented workers are told, by letting them share their own.