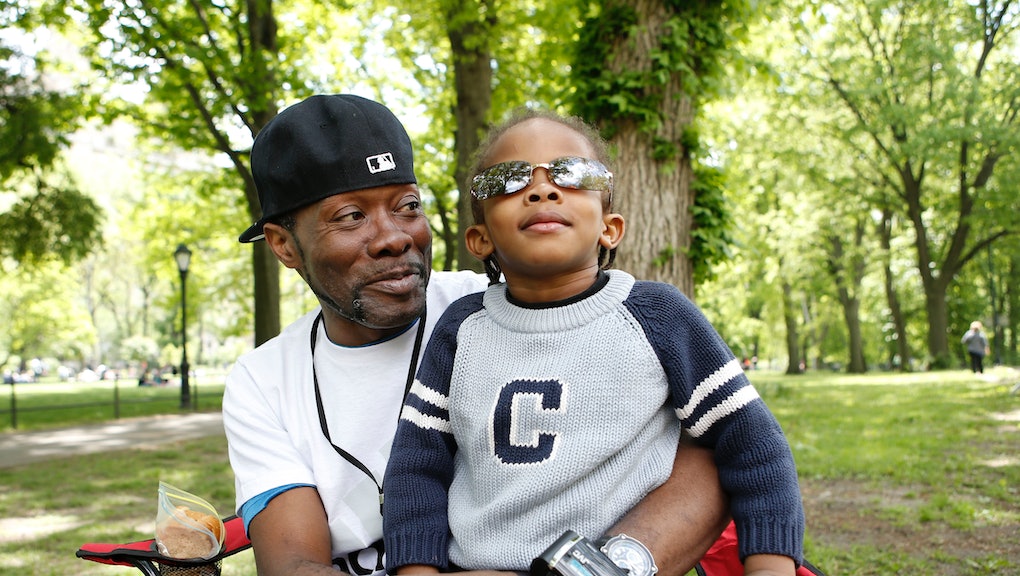 More than 50% of U.S. children today will be raised, either entirely or for some significant portion of time, in single-family homes, usually headed by mothers. When it comes to single-parent families, the public focus is often on a woman's "bad choices" and their responsibility for raising children alone. We are constantly barraged with information about the many alarming social ills correlated to the absence of fathers in these homes.

As Father's Day approaches, it's worth asking why we as a society advocate so strongly for targeting the mothers who head these households, instead of the dads who leave. This isn't about "bad choices" — this is about holding fathers responsible.

Conservatives are champions of this framing, of course, and it isn't limited to this topic. The Washington Post recently published a piece with the headline "One way to end violence against women? Stop taking lovers and get married." The newspaper ultimately changed the title, but not before being excoriated by the waggish #WaPoHeadlines.

Not surprisingly, it now seems that the research cited had been misused. (This entire episode came fast on the heels of the paper publishing conservative George Will's infamous "being a rape victim confers 'coveted status'" op-ed.)

The question in both cases, however, is why has continuing to blame women for the behavior of men become such a rote habit? In the case of the domestic violence article, the authors said that children in households without their biological fathers are at greater risk of abuse at the hands of their mothers' boyfriends. Alternate headlines could have read "Why do men abuse their partner's children?" or "How does biology matter in domestic violence?" or even "What happens when fathers don't live with their children?"

The benefits of having a resposible father in the home are clear. Having a dad around makes a child more likely to hit higher on pretty much every cognitive, psychosocial and emotional indicator. Even before children can speak, the involvement of fathers helps improve infants' cognitive development. Whether it's their higher levels of sociability or self-control, children with fathers score better on a whole host of significant indicators for how society measures success.

According to David Blankenhorn, author of Fatherless America and chair of the National Fatherhood Initiative, 63% of youth suicides are from fatherless homes. Gang violence is also believed to be one of the consequences of distant or absent fathers. Many experts posit that young boys seek structure and acceptance from gangs, the kind that an absent father can't provide.

And this isn't a problem simply for communities of color, a stereotype, like most, that doesn't hold if you look at the data. According to research, although half of households with children of color live with a single mother, black fathers are more likely to spend time with their kids than those in other demographic groups. In fact, according to data from the Centers for Disease Control, Latino and white dads are less likely to partake in activities with their children.

Racial dynamics aside, potential negative impacts of being raised in a single-parent home have complex sources, and the question of what makes a person a father is a significant one. It is impossible to disconnect this problem of absent fathers from the perception that being a "real" man means being a "provider." It is also impossible, in most cases, to separate the factors identified above from the grueling reality of poverty.

From both perspectives, the "fatherhood in America" crisis is inextricably linked to the much larger issue of how masculinity is defined in the U.S. The fact that some men cannot be sole, macho providers should not be the central reason they feel ill-equipped to stay with their partners and children. But society's relatively rigid notions of what makes a good dad means that for many, this is the only definition of father they know. And that's a problem.

In either case, we are failing, both in preparing boys for new roles and by not holding fathers accountable, preferring instead to focus on the "flaws" of single women.

It's preposterous that in 2014, political figures still feel the need to remind fathers that taking care of children does not "affect your level of testosterone" and doesn't makes you less of a man. It's equally reprehensible that some still think that caring for your own offspring threatens manhood.

Conservatives seeking to amplify the notion that fathers can only exist as providers, that "money is more important for men," exacerbate, rather than alleviate the fatherhood crisis. While degrading women's abilities to provide for their families, they reinforce the idea that only the nuclear family can produce the right kind of children. Our system is built to support the patriarchal family and definitively penalizes those families that don't conform.

There is no underestimating the radical shifts in American society during the past 50 years. During this time, families have changed, but our notions of what makes a "good father" and "real men" have stayed remarkably inflexible. That it is resulting in widespread absenteeism on the part of men from their children's lives isn't the fault of single mothers, but of societal intransigence with adapting to a modernity in which women can, do and want to find ways to provide for their families.

So, what do we do to change this?

1. We help grow boys who do not feel as though they need to be money-machines in order to be loved as men.

2. We publicly discuss gender, gender roles, masculinity and femininity as a matter of public policy and not the quirky, marginalized concern of "oversensitive" feminists and scholars.

3. We protest the use of gendered stereotypes to market and sell everything from food to clothes, toys to cars, hair products to sneakers.

4. We engage men and women both in examining the role that their expectations about gender and money, gender and child care, gender and authority play in their personal lives, work experiences and voting.

5. We challenge institutions to understand how implicit bias and stereotypes threaten to replicate sexism, racism and classism and reinforce the systems that result in the absence of fathers from their children's lives.

6. We provide comprehensive sex ed and family planning classes and resources for teens both before and after they get pregnant.

7. We fund programs that encourage boys and men to be actively involved in the lives of their children.

8. We vote for people who understand why fair pay for women is a matter that affects everyone.